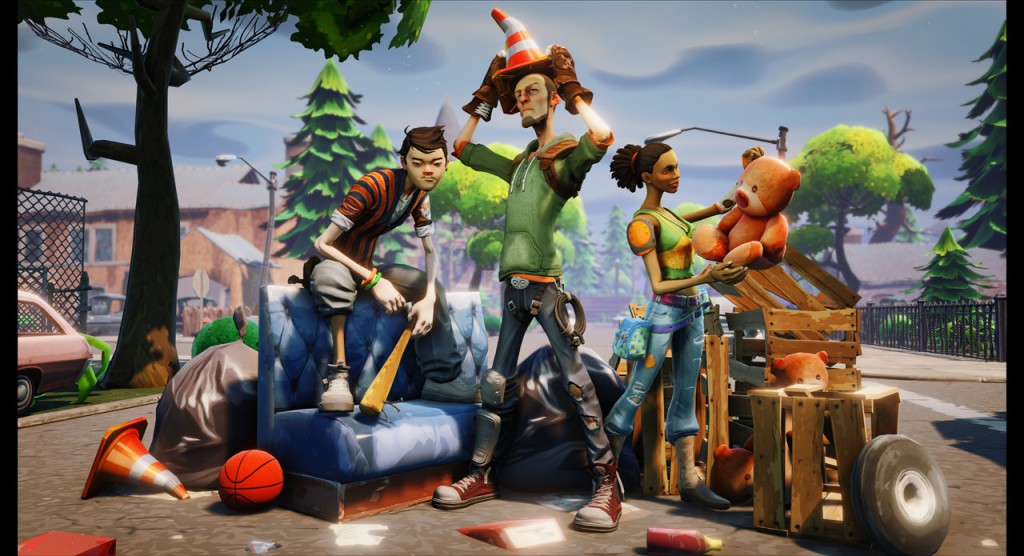 Epic Games used the San Diego Comic-Con to talk more about the PC-exclusive title Fortnite, and revealed that it will be the first title to use the Unreal Engine 4 (so expect some fancy lighting). If the screenshots (below) are any indication, Unreal Engine 4 is no stranger to colours.

Fortnite itself is said to be a “a co-op sandbox survival game”, where players will construct and upgrade forts to protect themselves against the horrors that lurk in the night. Details are pretty slim at the moment, but there’s a definite Left 4 Dead-meets-Minecraft air about the title.

The implication is that Epic will continue to update the title after release (“We’re just going to keep adding onto it”, said producer Tanya Jessen).

Questions about pricing and release dates were side-stepped, with Epic simply stating that they’re trying to get the game out as soon as they can.