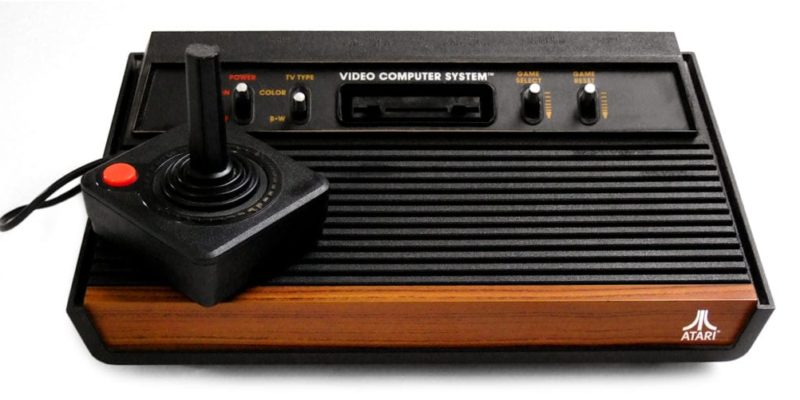 Five Atari Games That Should Be Made Into Movies

Note: This silly bit of “news” was written as part of the Wacky Week theme. Don’t take it seriously. Check out all the wacky articles for this week’s theme over here at the Wacky Week hub.

Will Smith makes good sci-fi movies, so I think this would be right up his alley. Will’s wife is kidnapped and brought to Evil Otto’s planet. The only way to save her is to navigate through a giant maze with roaming killer robots. Will has to blast his was through the maze, making smart-ass quips along the way.

This Atari movie practically writes itself and could be a huge summer blockbuster. I’d love to see these two funny guys in a movie together.

Chances of being made: Snowball’s chance in Hell is probably being too optimistic.

At first, this movie sounds like a Straight-to-DVD offering, but it doesn’t have to be if done correctly. Timothy Olyphant has the edgy demeanor that would make him good for the main role of an army unit leader. The unit is sent into the jungle to rescue some civilians from a secret government research facility (is there any other kind), only to find out that there are — you guessed it — giant centipedes in the jungle. One by one, the unit falls until Olyphant is the only one left. Think Predator, but with centipedes.

Chances of being made: Small possibility, but would end up a B-movie due to lack of budget.

I’m a big fan of all of the classic movies that feature jousting on flying ostriches. It’s a very specific genre called joust-fly-ost…

Okay, so there are no such movies, but there should be. Chris Pine can seduce Orion Slave Girls, so jousting on a flying ostrich should be a snap. Alan Rickman plays evil so well and he has a British accent, which is just what the baddie in a jousting movie needs.

Chances of being made: I would have said it is almost as unlikely as Berzerk, but there are people actually trying to get this movie made. I’ll keep my fingers crossed.

Vin Diesel is chasing a gang of drug smugglers through the jungle, trying to get to the drug lord, played by Antonio Banders, that killed his little brother. All Vin Diesel needs to do is jump on one crocodile head and I’ll be happy. I’m thinking this is like Man of Fire, but with more swinging on vines.

Chances of being made: Not likely, but not impossible either. They made a Battleship movie for god’s sake.

Mark Wahlberg is the perfect combination of tough, serious and funny to play the main role. The United States Government has been tracking a large group of asteroids that are heading for Earth. There was enough time to construct an experimental space craft with incredibly powerful lasers. Wahlberg is the best pilot in the world and the only person trusted to fly the billion dollar space craft. The problem is that he can’t fly and destroy the asteroids at the same time. That’s where Aziz Ansari comes into the picture. He’s a professional gamer that consistently wins tournaments and is considered the best in the world. He’s enlisted by the U.S. government to operate the video game-like controls of the space craft laser. It doesn’t hurt that Aziz is funny too and would be great for comedic relief.

Of all of the Atari movies suggested, this is the one I’d most like to see made.

Chances of being made: Not bad. This one has some real merit.