Turn-based combat comes in a bunch of different varieties. Sometimes, turn-based games are realistic and deadly, like the XCOM series. Other games, like the Civilization titles, require meticulous thought before each move. It’s no surprise that turn-based titles have a pretty high barrier to entry, considering their foreign mechanics and harsh punishments. However, one title is looking to change that around, and you can try it out now. Floppy Knights, the latest from Rose City Games, has a free demo available now thanks to the ongoing Steam Festival.

At first glance, Floppy Knights may look familiar, and there’s a very good reason for that. Marlowe Dobbe, the artist who worked on Dicey Dungeons, is the creative director, artist, and animator behind Floppy Knights. Her cartoony, bouncy style of animation brings fun and life to every frame of the game, and eventually, you’ll be watching it like a cartoon as you play. Trust me, I played the game’s original demo at PAX East 2020, just before the world fell apart.

Actually playing Floppy Knights is a genuine treat for anyone interested in RTS titles, from total newbies to the most jaded and experienced players. On a grid-style playing field, players summon plants to do the fighting for them. These adorable, furious ferns and cacti can wallop out damage, but they require commands to do so. Using a deck of cards, players can tell their minions to move around or attack, all while using the terrain to their advantage.

Rose City Games has had a lot of time to work on Floppy Knights since the last time I saw it, and it looks like the team has been hard at work. The game’s latest demo includes a ton of updated or new content. If you played its previous demo, you can look forward to new levels, an updated UI, new story beats, and more cards.

Downloading and trying out the newest Floppy Knights demo is simple. All you have to do is head to the game’s Steam store page. However, you’ll have to act fast — the Steam Festival is running from now until February 9. 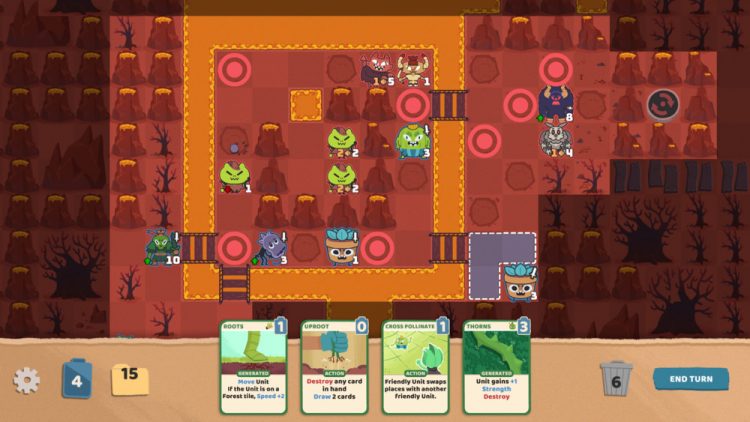