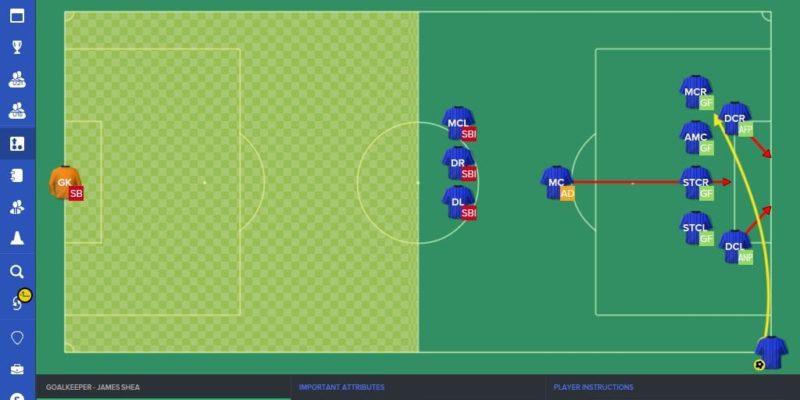 Though the announcement itself won’t be a surprise (Football Manager 2016 exists, who knew!) the slightly later release date of 13 November, and word about new features, are things to pay attention to.

First of all, the old Football Manager Classic mode is now going to be a separate, stand-alone thing called Football Manager Touch. That means, sadly, you don’t get it as part of the main Football Manager 2016 game any more. Not great if you enjoyed both; but if you only played Classic, this is probably going to wind up as a cheaper way to get it.

The ones Sports Interactive are touting as the big deals are the ‘Create-a-Club’ mode (where you replace one of the existing teams in a league with a new one of your own creation). I’m pretty sure this has always been possible with mods and the in-game editor, so really this is just giving the feature a more straightforward interface.

An actual new mode in Football Manager 2016 will be ‘Fantasy Draft’; a multiplayer affair where you and up to 31 other people build a dream-team type squad and compete in a mini league. Sounds alright, if you fancy that style of play.

Beyond that, you’ll now be able to customise your manager to look like a weird alien pod-person and see him (or her, presumably, if you want to be Corinne Diacre) on the touchline acting like a berk when you score in the last minute. 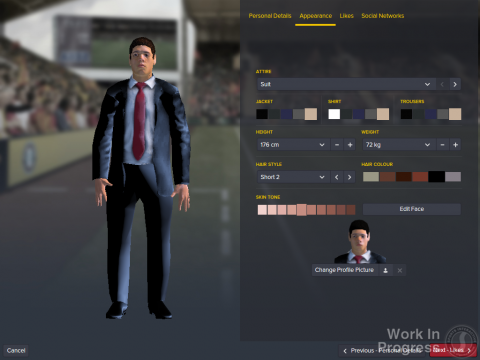 This is some real Invasion of the Body Snatchers stuff.

Sports Interactive say that the match engine has another 2,000 animations bunged in it, “improved AI” (a few more specific details here would’ve been helpful), and further control over set-pieces. A “brand new highlights package” is also mentioned.

Transfer, contract, and player screens have had a re-jig. You can see an example of that, below. 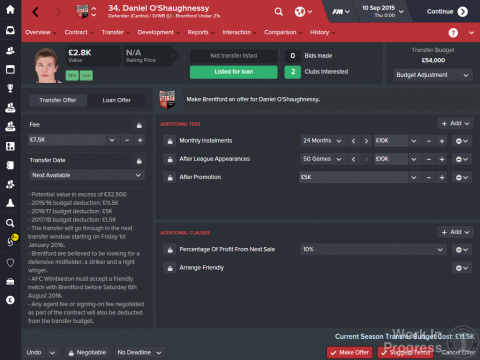 You’ll get five pounds and a pint every week, and not a penny more.

Prozone performance analysis stuff is now integrated into the game itself, and there will be some new conversation options in board requests/press conferences and the like. Plus, “depiction and treatment” of injuries is now said to be more realistic. Hopefully that doesn’t mean stomach-churning images of broken legs.

For now, that’s about your lot. More screenshots can be found in the gallery after these words. Clicking will make them larger.