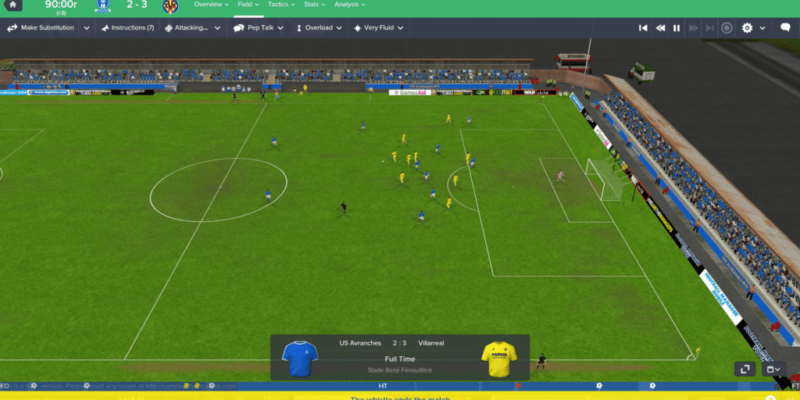 The traditional post-Christmas-transfer-window update for Football Manager 2016 has been released today, taking the game to version 16.3.0. As usual, this is a pretty large patch which updates the various team databases to reflect recent transfer movements. It also makes a number of changes and fixes to the game in general.

If you were hoping to see “fullbacks can properly cut out crossing opportunities” in the notes, though, you’ll be sadly disappointed. Powerful crossing-based tactics are apparently here to stay in Football Manager 2016. It’s a strange situation, especially as the version of the Match Engine used during the beta period seemed to handle this a lot better.

Anyway, here’s what has actually changed. Your copy of the game on Steam should update itself accordingly:

VERSUS MODE
– Fixed issue where imported teams use incorrect badge

CREATE A CLUB
– Fixed reserve and youth teams not using the correct create a club kit colouurs
– Fixed issue where a created player could be cup tied indefinitely.

Alan Wake’s Return is not a game