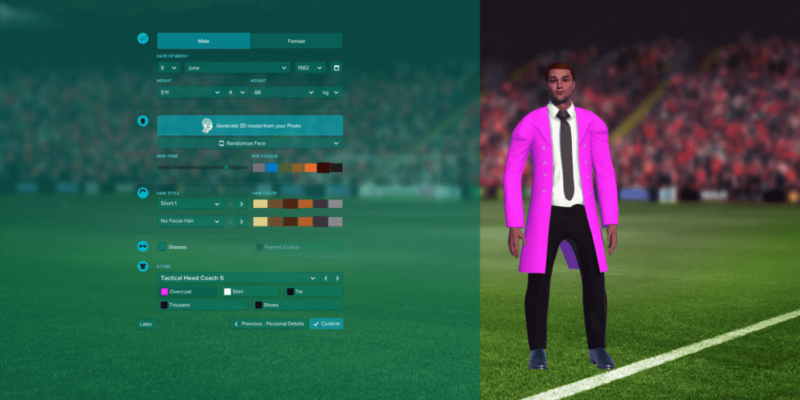 Time to consider whether to press on with your existing Football Manager 2017 save, or start a new game, because the annual January Transfer Update is out now. It takes the game to version 17.3.0 and (though there aren’t any noted changes to it) updates the match engine from 1703 to 1704.

The update should download automatically through Steam. Once that’s happened, starting a new game in Football Manager 2017 will present you with “updated squads, managers and everything else which happened before the January window closed”. It’s also possible to continue an old save.

Here’s the changelog for 17.3.0, featuring details of bug fixes, changes to gameplay, and UI alterations.

GAMEPLAY
– Fixed issue where Scouting Knowledge on players was gained too quickly
– Improved job opportunities for users starting game at high profile clubs but with low coaching badges & past playing experience
– Fixed loan deals in Scotland not being completed correctly when the Mandatory future fee clause was included in the deal
– Fixed issue in some Brexit scenarios where UK based players nearing the end of their contracts could not be signed on pre-contracts
– Fixed issue where players were given different star ratings on different pages for the same position
– Fixed World Footballer of the Year award
– Fixed 2nd/3rd places not showing for World Golden Ball award
– Allowed user to apply for international job they have previously rejected
– Fixed incorrect triggering of former staff narrative
– Fixed user incorrectly asked about failure to win a game after multiple woodwork hits in a 2-leg match
– Adjusted youth recruitment upgrades
– Adjusted Northern Irish wage budgets
– Fixed issue of a user being  reported to have completed a language course
– Fixed rare issue where the board would ask you if you’d like to buy the stadium when a stadium purchase was already in progress
– Fixed incorrect competition being referenced in player promise extension inbox item
– Tweaked player responses to ‘What will it take to keep you here?’ conversation options in unhappiness chats
– Clarified player response in unhappiness chats when specific wage demands are made mid-chat
– Fixed issues with buying/expanding of stadiums

By Stefan Bahruth14 hours ago
News