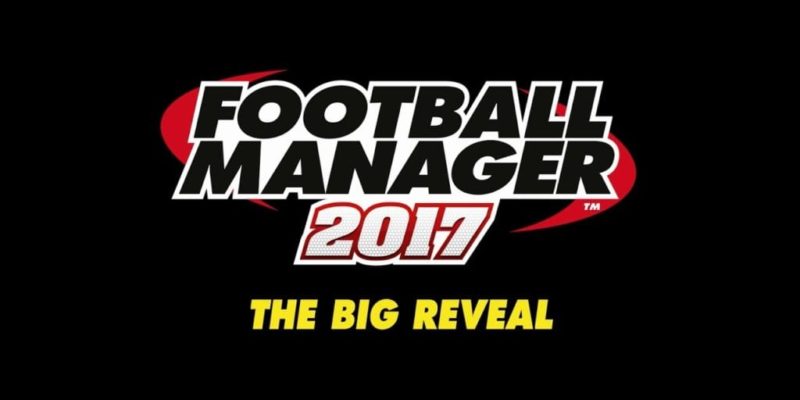 As always, he’s at pains to stress that these are just some of the changes to the game this year. Only the most eagle-eyed players will be able to catch the incremental UI alterations that moved one drop-down menu 2 pixels further to the left this year. That change also probably wouldn’t be worth mentioning on a new features video.

Anyway, here’s a written summary of all the things Jacobson mentions in the video. They’re under the headings used in the presentation. The full video can be found below all of these words. The game is out on 4 November, though pre-ordering will get you into an early beta.

As ever, Sports Interactive are promising improved animations for the Football Manager 2017 match engine. Players should move and transition between animations with greater fluidity, and the studio say they’ve worked with Creative Assembly on mo-cap for goalkeepers and when players are heading the ball. Hopefully that footage didn’t get mixed up with CA’s Total War: Warhammer work, or we may see some unusually violent play.

In addition, there’s going to be a new ‘low, behind goal’ camera angle to enjoy (sure, why not), the referee will use the vanishing spray for free kicks, and you can instruct your team to do the fancy new ‘kick off with just one guy’ move as now allowed by proper football rules.

Jacobson says the number of decisions an AI player makes per second has “almost doubled” in this edition. He also claims that defensive AI will now “adapt better to the opponents they are facing”, dropping deeper or pushing up depending on the flow of the match. Those same AI defenses should also have better positioning on crosses and corners, and react faster to loose balls.

Goalkeepers are said to make “better” decisions about when and whether to come for the ball, while AI managers should now be using player roles more intelligently than before (when picking their team, or during a match).

Football Manager 2017 will have lots of new/reworked lines of commentary, and they’ll be more contextual. The example given is speculation on an injury sustained during a game.

Football Manager 2017 has a special “social media” tab, dedicated to a pretend version of twitter. Here, you’ll see clubs and fans reacting to things in much more polite terms than real life. This is also where things like fan polls will now live. Transfer rumours will spread here, and so on.

This year there’s a focus on providing a lot more information via email, so you don’t have to navigate away to other screens in order to make your decision. A couple of examples given here were choosing your team’s captains, and sorting out friendlies. Both were done within the context of a single email.

Backroom staff will offer you more opinions through email too. This time, the example was a player not wishing to sign a new contract and backroom staff making some suggestions.

Football Manager 2017 adds ‘pre-contract conversations’ for players who may not initially be interested in joining your team, or who’ve attracted attention for several clubs. These conversations will take place with an agent or the player themselves, and allow you to make the case for how you see the player fitting in to your side. Any promises you make here, you’ll be expected to keep.

AI clubs are said to now be more intelligent when identifying transfer targets, and might delay selling a player to you until they’ve found a replacement. Agents will now be more forthcoming with information during transfer negotiations, but will continue to be little bastards who shop around for the best deal between multiple clubs. Transfer negotiations will now have new clause options to employ, such as mandatory fees attached to loan deals.

You’ll be able to import your own face onto your Football Manager 2017 touchline avatar in a way that definitely won’t end up looking strange or disturbing. These freakish beasts also have more fashion options this time, including different tie colours. Fancy.

There will be more consequences to a manager’s reputation and status, too. If you start a game as a Sunday League guy, you’ll really have to earn your rep. Meanwhile, social media will respond with cynicism if someone with a low rep gets hired by a big club.

AI managers are in now the Fantasy Draft mode, so you can play it purely in single player if you wish. Or entirely against real people (as before), or as a mixture of the two. Squad budget options in Fantasy Draft have been expanded, so you can start with more incremental financial options (up to 250 million quid). There will also be more filtering options in the draft itself, to help you pick the right players for the job.

New games in Football Manager 2017 can be started as Advanced (the previous system) or Quick Start (a new option). Quick Start makes choices on the best teams to include in the database, based on the team you yourself picked to manage. It’ll also take into account your PC specs. Jacobson also confirmed that there will be a 64bit version of the game alongside the older 32bit version.

Members of your staff will provide more contextual advice about things across the UI. For example, on a player’s profile there’ll be a way to bring up staff information about his training schedule. Likewise, you’ll be able to quickly get tactical suggestions from the Assistant Manager on the tactics screen (although given the erratic history of FM assistant managerial advice, that may not always be welcome).

Football Manager 2017 introduces two new staff roles. The Data Analyst (part of the scouting team) can provide you with detailed pre/post match reports full of statistics to convince you that even though your striker hasn’t scored for ten weeks he’s actually playing well, honestly. The other additional role, the Sports Scientist, will support the medical team and work to reduce likelihood of injury.

Speaking of which, physios will now be able to assess how injury prone players may be. Plus, players might start taking their coaching badges early, before they’ve even retired, if they want to get into that side of things.

Football Manager 2017 expands the ‘next opposition’ scouting reports, to contain more details about aspects like key players. When scouting a new player, you’ll receive a highlights package of that player in action.

The overall team report screen now gives more in-depth feedback about you team’s strengths and weaknesses, similar to an individual player scout report. Player searching has more filtering options, including ‘how many days has a player spent in a given country’ – useful if you need to figure out how long it’ll take them to become a citizen.

The studio continues work with ProZone (now STATS), so you’ll be able to see post-game heat maps and all that jazz once again. This will extend to showing you where possession was gained and lost on the pitch. Assists have also been added as a selectable category.

Football Manager 2017 adds new, more contextual questions for managers to answer (or send their assistant manager to answer). The addition of social media influence means you might upset fans if you call their favourite player a dickhead, so tread carefully there. Even if he really is a dickhead. You’ll get more questions from journalists on match events, transfers, player happiness, and injuries.

Improved player personalities are promised. Personality traits like loyalty, ambition, and professionalism will have more impact on how successful they’ll be. The given example here was a player with low adaptability, who won’t be too keen to move abroad as he’ll miss home.

Jacobson says that more stats will begin to decline as players reach the end of their careers. Indeed, that the algorithms dealing with player decline take more account of things like a club’s training facilities, the amount of first team football player has had and more.

He also mentioned that players might try to force your hand in a decision by seeking exclusive interviews with the media. I’m fairly sure that already happens in prior Football Manager titles (players complaining to the media, at least), but I could be mistaken.

In Football Manager 2017, player comparison screens have been revamped, generally offering more information to pore over.

As part of creating your own club, you can now add more created players to a squad. You’ll also be able search for specific players to add to the team, like in draft mode.

In Football Manager 2017, you should see the board responding to your actions in a more dynamic and realistic manner. They’ll be interacting with the manager more regularly, wanting to talk about things like budget adjustments and changes to size of staff. As part of this, you’ll get greater control over club affiliations and what you’re getting out of those deals.

‘Sugardaddy’ owners return, but will be more dynamic in the type of investment they put into the club as you move through the leagues (this presumably means they won’t splash out on a 40,000 seater stadium when you’re still in League Two). Some owners will want a return on their investment (monsters!), basically demanding that you pay back their loans, and will siphon money out of the club if you start turning enough of a profit.

Hosts can now select how many times the game is allowed to stop on any one day. In addition, a new option can force all managers to make the assistant manager take control of their friendly matches, saving time in pre-season. If everybody agrees to it, of course.