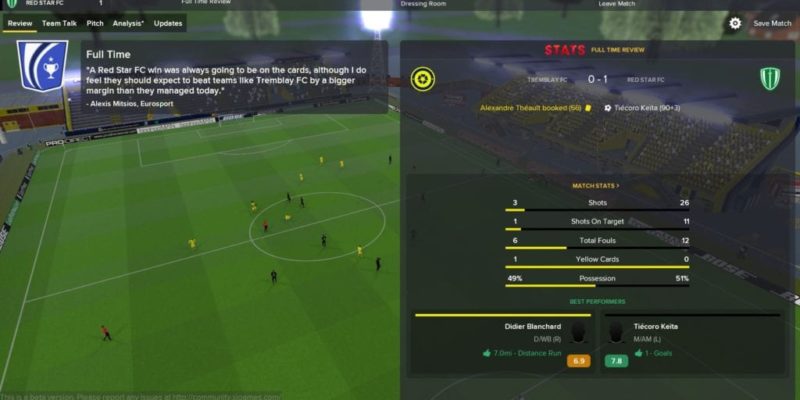 Just in time for some weekend tactical tinkering, Football Manager 2018 has been updated to version 18.2.1. It’s a 115mb patch, which should apply itself automatically on Steam. Quit and restart Steam if you need to prompt it.

Looks like this patch mostly addresses various crashes and freezes. The game freezing up during day-to-day processing is apparently fixed, as is a crash during match day after making tactical changes. Windows 32 systems should see improved graphics performance, and should no longer crash when launching the game.

In terms of gameplay, version 18.2.1 of Football Manager 2018 only brings a couple of alterations. Scouting costs have had a balance pass, and some league expectations have been added in Belgium. Here are the full notes.