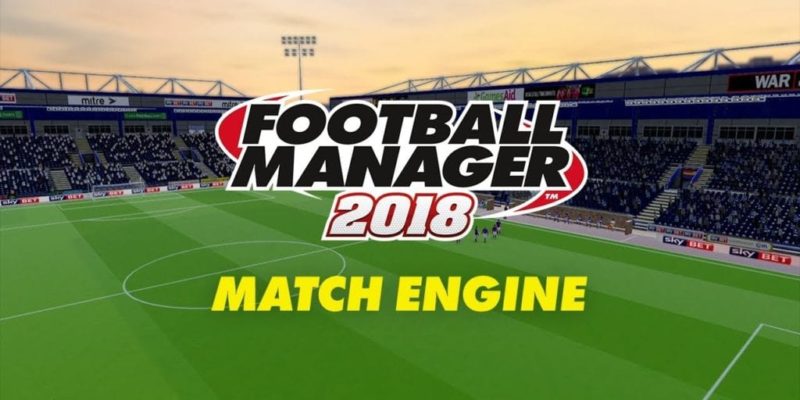 A new video put out by Sports Interactive takes a look at the match engine for Football Manager 2018. This is separate from the previous seven-part series, so there’s no-one holding an ipad and shouting at you in this one.

If you want to see someone shouting Football Manager 2018 feature details in your face, though, these links will have you covered. There were spotlights on Scouting and Dynamics, then one about Tactics, some stuff regarding Sports Science, a bit of multiplayer Draft, and then looks at the Matchday Experience and Football Intelligence.

However, this video is about the match engine. It shows some “enhanced player models”, and some of the added motion captured animations. It also makes a case for improved defensive AI, showing some decent blocks and solid defensive tracking of attacking players. A new ‘Data Analyst Viewpoint’ appears to be on offer this year as well; plus customisable camera controls. Naturally, this montage includes some lovely goals too.

Football Manager 2018 is coming to the PC on 10 November. Those who pre-order will get access to a beta release two weeks ahead of that time, which, as it turns out, means they can download and play it right now. Here’s the video.