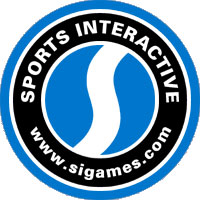 Speaking at last week’s Develop conference, Sports Interactive studio director Miles Jocabson teased us with the news that there are currently two as yet unannounced projects in the works.

“We kind of have two other things in development at the moment,” said Jacobson. “One of them does [have Football Manager] in the title, the other one still has ‘football’ in the title.”

Jacobson’s comments came in the context of explaining how the studio operates and which producers were working on which projects. He refused to talk about the nature of the projects any further.

Of course, the curiosity light is brighter when it comes to the second of the two games, the one that “still has ‘football’ in the title”. Given the pinpoint focus of Sports Interactive (and their technology) it would be incredibly surprising if the studio were making a game that doesn’t involve you playing as a football manager, but stranger things have happened.

The studio is currently working an Football Manager Online for the Asian market.

Console version of Elder Scrolls Online not being ruled out