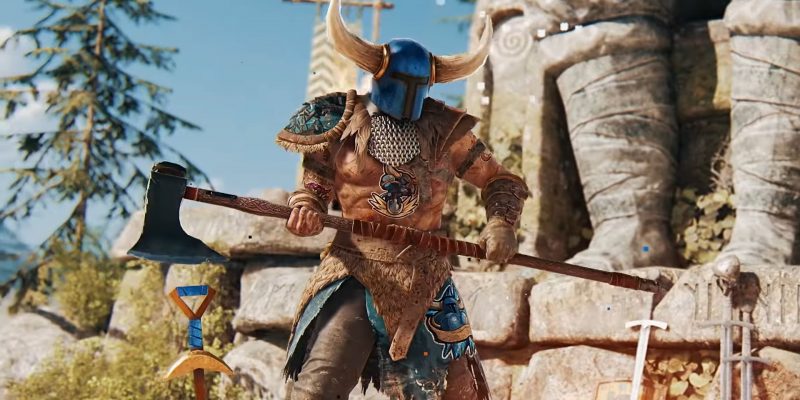 For Honor is celebrating its fourth anniversary with crossover content from the incredibly popular 2D action platformer, Shovel Knight. That’s not all. Ubisoft has also outlined a roadmap that reveals some of the For Honor content that will be coming to the game throughout Year 5.

For Honor Year 5, titled Year of the Covenants, will begin on March 11. There will be four themed seasons with accompanying Battle Passes, new customization options, and two new Heroes. The first new For Honor Hero will be released in Year 5 Season 2 and the second will arrive in Year 5 Season 4. The year will also be packed with in-game events that give players new ways to experience and enjoy the brutal game.

The next chapter of the For Honor story will pick up where Year 4 left off. While we wait for more details on Year 5 Season 1 to arrive, check out this recap of how the For Honor battlefield has evolved over the years.

For Honor and Shovel Knight has to be one of the most unexpected crossovers of the year. From now until March 4, you can dig into Shovel Knight content that includes a Shovel Drop Emote and three Illustrious Outfits. Each Outfit features Ornaments, Mood Effects, Symbols, and more. You can pick them up for between 15,000 and 20,000 Steel. The Emote can be acquired for 10,000 Steel.

It’s hard to imagine the pixel art Shovel Knight running around the battlefield in For Honor. However, Ubisoft has done an incredible job with adapting the character to its brutal, realistic medieval war simulator. See for yourself in the For Honor and Shovel Knight crossover announcement video below.

As it enters its fifth year of post-launch content, For Honor boasts a single-player campaign, seven multiplayer modes, an unlimited PvE mode, and a roster of 28 Heroes. You can purchase the game for PC through Steam, the Ubisoft Store, and the Epic Games Store.