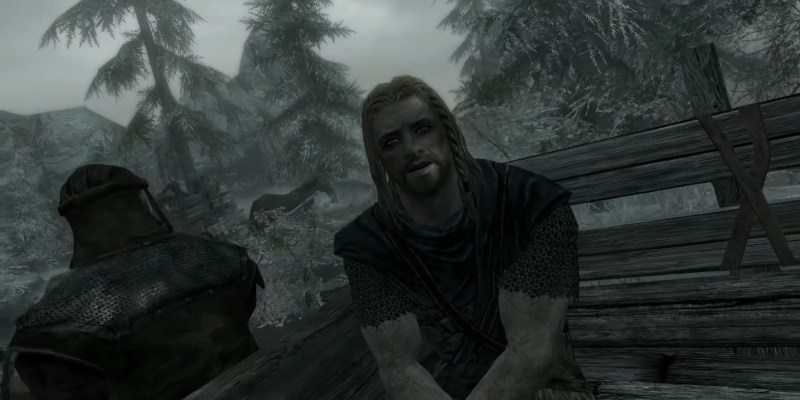 Game development is tough. Just ask former Bethesda developer Nate Purkeypile, who shared a story on Twitter last night regarding the opening cart scene in The Elder Scrolls V: Skyrim — involving a particularly tanky bee. Purkeypile (which is a great name) worked at Bethesda for 14 years as an artist. His work can be seen in games like Fallout 3 and Skyrim, with Fallout 76 standing as his final game at the studio before moving to solo development. He spent a long time working on some of Bethesda’s greatest. And last night, he took a cart trip down nostalgia lane.

Many already know of the cart ride scene that opens up Skyrim. It’s what every player first sees when starting the game: you’re a prisoner on a cart with Stormcloak rebels (and a horse thief), and you’re on your way to get sentenced to death. Naturally, things alter course not long after arriving at your final destination. But I digress. The cart ride is remembered fondly by fans, and has been the subject of many memes in the last decade.

Purkeypile wrote of the challenges that came with creating that famous first ride. In a Twitter thread, he wrote that it wasn’t merely a “cart on rails. That cart is physically simulated.” By that, he means it was programmed to move along the road much like any vehicle. That also meant that something could interrupt the ride, such as a bump which “would cause the cart to start to freak out and fly off the road.” Purkeypile, however, recalls a time when the cart would take off into the sky, but the team didn’t know it was being caused by none other than a small insect.

Something was telling that cart to just fuck right off and to get off that road. The thing is, it wasn't happening every time. Nobody knew what was going on at first.

The unstoppable force (of nature)

It was a bee, the Skyrim team soon learned. Due to a bug where an in-game bee couldn’t be gathered, the developers reprogrammed it with a new type of collision. However, that is what caused the cart to literally fly off the track. Every time a bee gently buzzed into the path of the cart, the two would collide — and the bee always won.

“The cart wanted to move down the road,” Purkeypile explained. “The bee did not want to move. So up the cart goes!”

It’s a pretty good and funny story, offering a glimpse behind the veil of game development. Purkeypile is now a full-time indie developer, working on an “open world horror metal game” with his own studio Just Purkey Games. 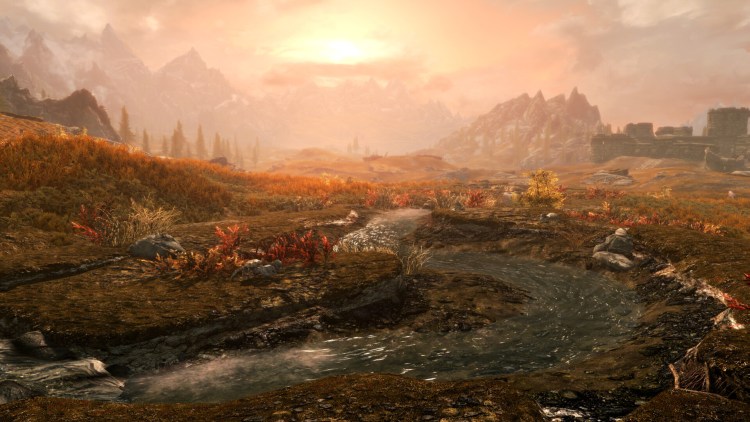 Cyberpunk 2077 will get its first free DLC with upcoming patch [Update: out now]