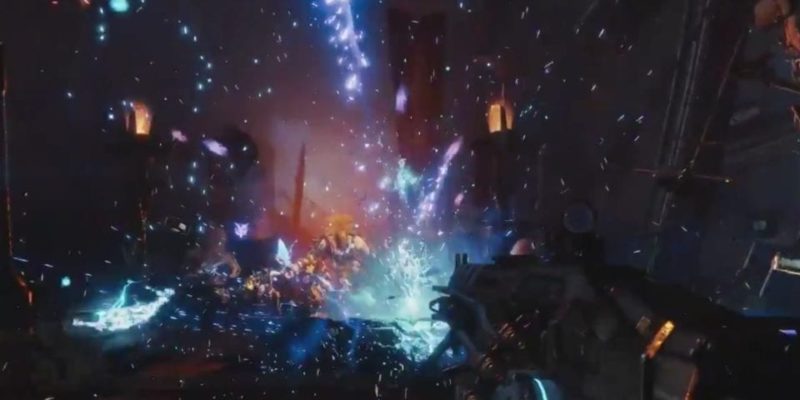 There are only a handful of weapons in the Destiny universe that would make Guardians scream with joy once they return in the sequel. The Thunderlord isn’t necessarily one of them. But hey, it’s something that reminds veterans of the first game, right? While it’s no Thorn, The Last Word, and most especially not the Gjallarhorn, it’s enough to bring back those nostalgia feels. In fact, it might be a lot better this time around in Destiny 2: Forsaken.

Lock, load, and lightning indeed. That’s what the Thunderlord brings this time around in Forsaken. In order to obtain it, you’ll need to have finished the previous quest steps. Here are parts one and two. Then, head over to Amanda Holliday and to the previous EDZ Lost Sector where you last heard of Master Ives. Activating the quest banner will instantly teleport you to the Cosmodrome!

For those who’ve only become Guardians in Forsaken, the Cosmodrome was actually the first location in Destiny 1. There, we bore witness to brilliant lines of dialogue such as “We’ve woken the Hive” and “That Wizard came from the moon.” I kid. Nobody liked the latter.

Anyway, your trek in the Cosmodrome this time around would bring you to familiar locales covered in snow. Is it because it’s winter? Or is it because that’s how we last saw the place in Rise of Iron? Regardless, you’ll eventually have to take out Fallen baddies, including a Captain that’s “in the walls” (another Destiny 1 line). Once you’re done, just escape the area and you’re back at the Tower. Amanda will give you an exotic engram that turns into the Thunderlord.

As you can see from the video above from pro player Esoterickk, the Thunderlord quest is fairly easy. I’m wondering why Bungie ended up having to timegate it for weeks. In any case, I did mention that this version of the Thunderlord might be better than its iteration in the first game. That’s because of a new exotic perk — Reign Havoc.

This perk creates lightning strikes whenever you kill an enemy with this exotic machine gun. That means chain lightning and chain explosions galore. I’ve tested it for a bit in regular PvE and it’s hilariously good for add clearing. As for the endgame, I’ve yet to see how it will fare in Riven fights. Hopefully, I can find a team on LFG that doesn’t rely on just cluster bomb rockets, oh well. As for the Crucible and Gambit, I’ll take it out for a spin later on.

For now, just enjoy this bad boy once you obtain it. It’s going to be a while, perhaps a month’s time, until we see a returning favorite in Destiny 2: Forsaken.

Path Of Exile: Betrayal – Everything You Need To Know