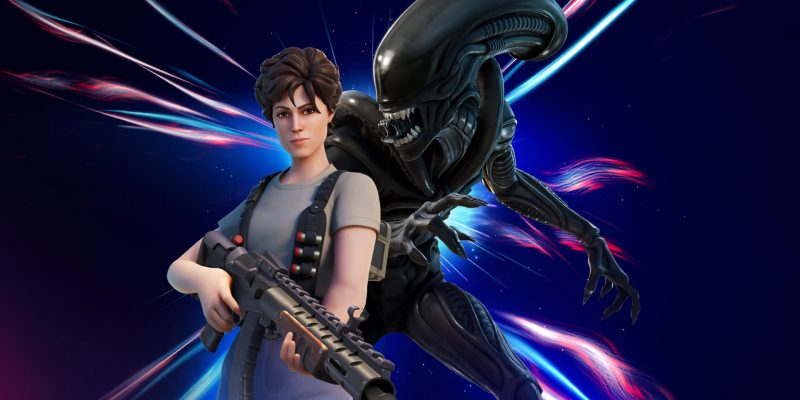 Fortnite crossovers keep getting bigger and better. There is something for everyone, as you are able to experience various aspects of popular culture in the battle royale. A recent crossover introduced Alien’s Xenomorph skin to the game. In addition, the Fortnite Cheyenne Dropship Glider was released as part of the Alien collaboration and it has a secret feature.

In terms of reactive cosmetics, they usually come in the form of weapon wraps. Reactive cosmetics have a unique animation which makes them popular among fans. Taking a first look at the Alien Cheyenne Dropship Glider, you would assume that it was just a regular glider. However, it has been discovered that it has an animation when in use. A clip was posted on the Fortnite Reddit page which shows the glider’s secret animation. Before the glider enters its reactive form, the glider has four missile launchers. Once you trigger its reactive form, these missiles will be hidden. According to the Fortnite player, all you have to do is press the shoot button in order to trigger this secret feature.

Show off your Alien Cheyenne Dropship Glider when dropping into Fortnite

As always, the change with the Cheyenne Dropship Glider does not improve your gameplay in any way. You will not land into the battle royale any faster with the compact version of the glider. However, as many players do not know about this trick, you will certainly be dropping down in style.

It appears that the Fortnite crossovers do not end with Alien’s Xenomorph. Currently, there is a crossover that has added Street Fighter’s Chun-Li and Ryu to the battle royale. You can also pick up other iconic characters such as Ripley from the Alien series and Terminator’s Sarrah Connor and model T-800. The Predator is also an option if you want to hunt down those Xenomorphs.