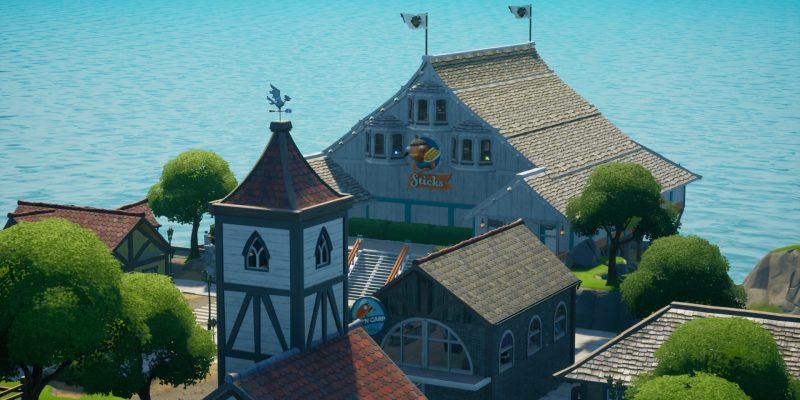 The NPC you need to pay a visit to is Fishstick. Similar to many other NPC’s, Fishstick can be found at one of two locations. He will either appear walking around Coral Castle, or at the restaurant at Craggy Cliffs. You will have to take your chances and hope that luck is on your side. Once you locate the NPC, all you have to do is interact with them and select the Burst Quad launcher. It will cost you a total of 600 gold bars to purchase the exotic weapon. If you need more gold bars, there are various ways you can earn them. You can find them around the map in chests, safes, and more. You might even try a bounty contract, allowing you to increase your kill count with said Burst Quad Launcher while earning those gold bars.

The Burst Quad launcher has some impressive statistics compared to other explosives in Fortnite. It has a magazine size of four, and each rocket deals 42 damage. However, the weapon does have quite a lengthy reload time of 5.4 seconds. You may want to find or build yourself some cover to allow for time to safely reload.

Fortnite has a huge range of exotic weapons that keeps growing. Due to the variety of weapons, they are able to suit every play style. It will be interesting to see what exotic weapons Epic Games release into the battle royale next. 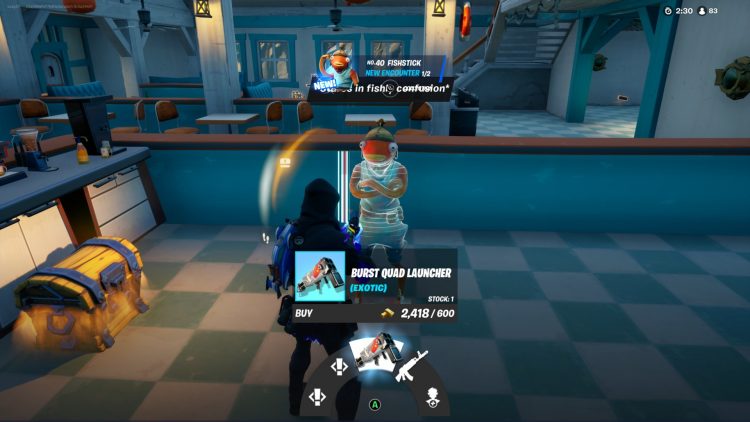 Where to find the Fortnite Chug Cannon exotic weapon