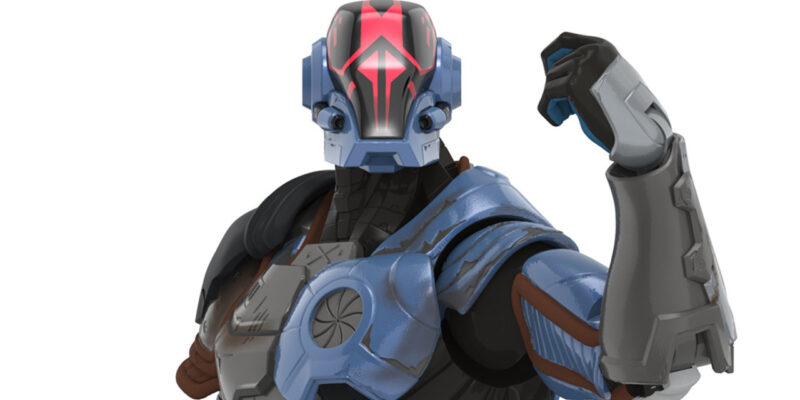 Fortnite just can’t catch a break with leaks. First, dataminers uncovered a loading screen and event that revealed the end of Chapter 2. There was also a datamined map that looked a lot like the loading screen. Epic Games then announced that Fortnite Chapter 2 will conclude with The End event on December 4 at 4 PM ET. Now, a Twitter user has released a recording of an alleged Fornite TikTok ad that shows what that end might look like. Oh, and The Rock may be joining Fortnite as well.

The Twitter user describes themselves as a Fortnite leaker and goes by the name freddythefox_YT. They claim that they were on TikTok when the video showing the ending to Fortnite Chapter 2 played as an ad. It’s a mystery why this video hasn’t appeared to anyone else.

You can check out the video for yourself below. What it shows is a group of players walking along the hilltops of the current Fortnite map. As they’re surveying the land from the iconic hilltop featured in the Chapter 2 map reveal, something watery detonates above them. We see the characters pulled underwater into a bright light. And then one is left floating on the surface of the water, while the Fortnite island flips over entirely. There are also ominous-looking spaceships hovering above it, but they get sucked into some kind of black hole.

The video ends with the title, “Fortnite Chapter 3.” The first half of the video uses footage from the original Fortnite Chapter 2 Launch Trailer. As for the rest, it could be the first glimpse of the Chapter 3 trailer. However, the characters used in the video before the explosion and after are different. The editing seems suspicious to me.

Dwayne “The Rock” Johnson in Fortnite

Rumors of The Rock coming to the battle royale have been around for some time. Well, the man himself just released a video thanking people for supporting his ZOA energy drink. In the video, The Rock grabs a can from the fridge. Also in the fridge, is a helmet that looks a lot like the one worn by the character known as The Foundation in Fortnite.

As the helmet is on screen, The Rock places a very heavy emphasis on the word “game.” Then, while he’s drinking the ZOA energy drink, the screen flips upside down. Just like in the allegedly leaked TikTok ad. The Foundation can also be seen in the ad, just after the explosion. The Rock is teasing us, right? He has to be. Also, do you know what makes a good foundation? Rocks. Consider this case closed. Here’s the link to the Instagram video if you’d like to check it out for yourself.