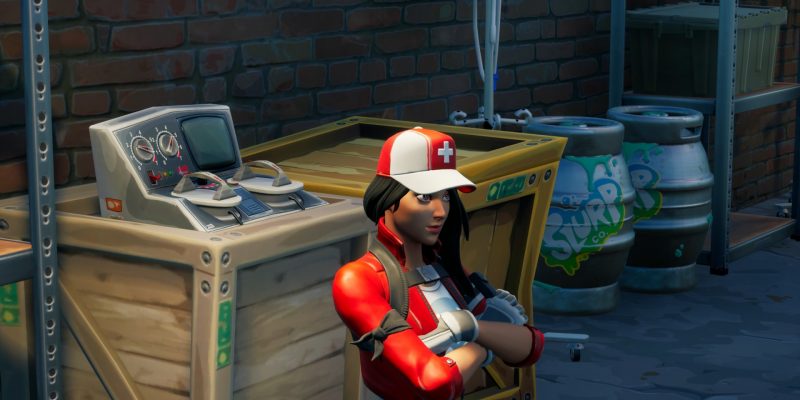 So far, exotic weapons have proven to be a hit in Fortnite. Now, a new exotic weapon has arrived to the battle royale following the most recent update. The weapon known as the Chug Cannon can be useful across all Fortnite game modes. If you are familiar with the Bandage Bazooka which appeared in previous seasons, the new exotic weapon works in a similar way. The Bandage Bazooka was vaulted, however, the new alternative is just as good. The Chug Cannon will heal both yourself and your teammates when it is fired.

If you want to get your hands on this exotic weapon, you will have to locate the Remedy NPC. This NPC can spawn in one of two locations. You will find her at Craggy Cliffs or at the Hilltop House. If you did not already know, Hilltop House is located just west of Craggy Cliffs. That makes the Chug Cannon quite easy to obtain in Fortnite if you ever want to add it to your arsenal. Once you have found Remedy, interact with her and she will give you the option to buy the exotic.

The Chug Cannon will cost you a total of 600 gold bars. If you do not have enough gold bars, there are a multitude of ways you can earn them. You can find them around the map in safes, chests, and tills. Also, you can complete bounty contracts to earn gold bars while racking up kills.

Get a health advantage with the Chug Cannon

The Chug Cannon is worth the price compared to other exotics in Fortnite. It will restore 18 health to you and your squad if they are within the area of effect radius. As well as this, it has a recharge time of only 1.1 seconds. This makes the Chug Cannon excellent for restoring health to teammates even in the middle of firefights. It’s sure to prove particularly useful during endgame scenarios.

There are many other exotic weapons that suit additional play style. Included, are the Hop Rock Dualies, the Big Chill Grenade launcher, and much more. With Fortnite’s exotic weapon collection expanding, it will be interesting to see what weapons are added next. 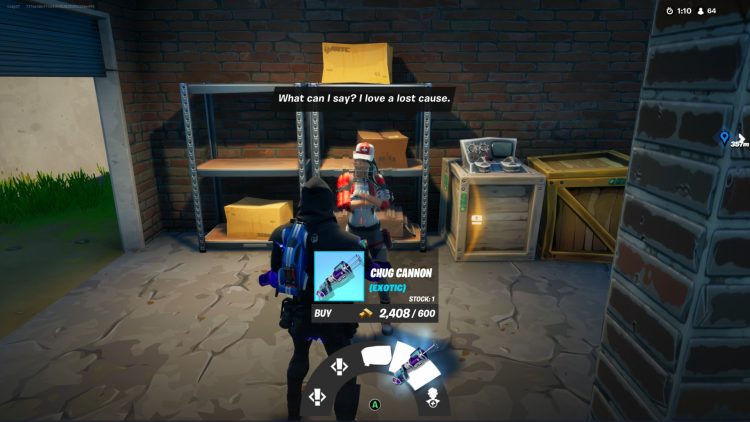 Where to find the Fortnite Burst Quad Launcher exotic weapon