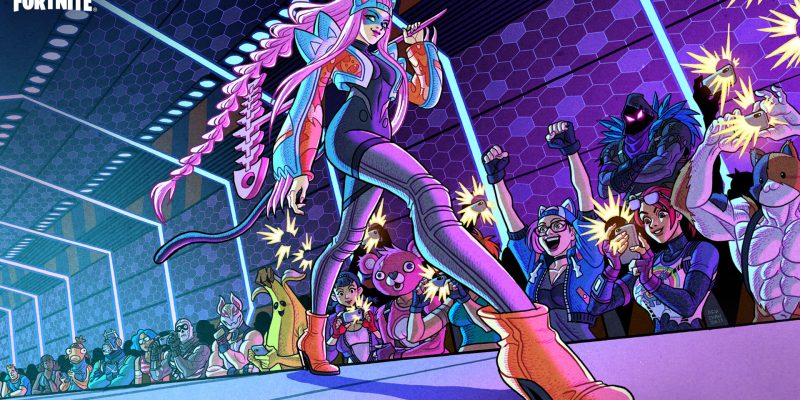 A new Fortnite Crew pack arrives in April, featuring a new cat-like hero named Alli. Fans may recall Lynx, a legendary icon with four stages introduced back in Chapter 1. As it turns out, Lynx has a sister, and she’s equally as feisty. Fortnite Crew subscribers can nab the next pack at the end of this month.

According to Epic Games, Lynx’s “felinely fashionable” sister, Alli, will have her own outfit, as well as the Squee Back Bling, a Skellyfish Pickaxe, a Cat’s Paw Wrap, and the Catwalk Loading Screen. The detailed loading screen shows Alli strutting down a runway with the Pickaxe slung over her shoulder. A crowd watches Alli in awe, and there are a few familiar Fortnite faces, including Lynx in the front row. In a show of sisterly support, Lynx can be seen proudly cheering Alli on. Current Fortnite Crew subscribers will automatically receive the pack at “approximately 8 PM ET on March 31.”

Fortnite launched its Fortnite Crew service back in November. The monthly subscription includes the current Battle Pass, as well as exclusive monthly packs and 1,000 V-Bucks. Fortnite Crew items are there for players to keep forever, and sometimes, there are extra goodies involved. In January, subscribers received an exclusive emote. The service gives active players a bang for their buck at just $11.99 USD per month. Players can access the Fortnite Crew subscription in the Item Shop and on the Battle Pass page. 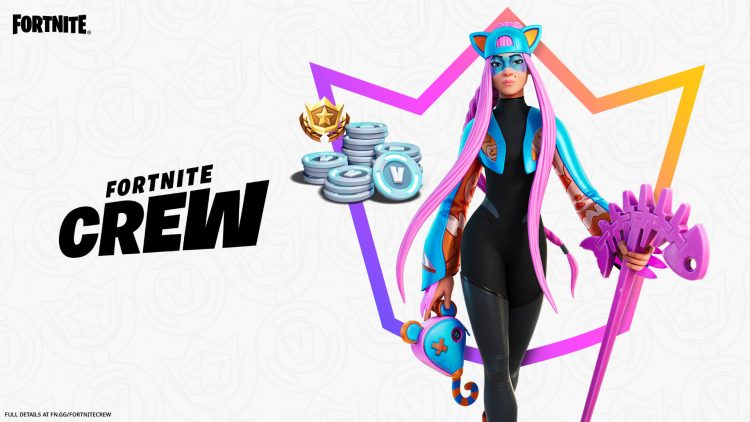 There’s still time to get the Fortnite Crew March pack

Anyone who subscribes to Fortnite Crew before March 31 at 8 PM ET can still receive this month’s Crew pack. The March Crew Pack comes with Llambro the Llama, plus the “Up North Back Bling, Puffcorn Pick Pickaxe, and The Llegend Wrap.” Grab LLambro while you still can and get ready for Alli when the Fortnite Crew April pack comes along.

Nvidia GeForce RTX 3080 Ti release pushed back to May