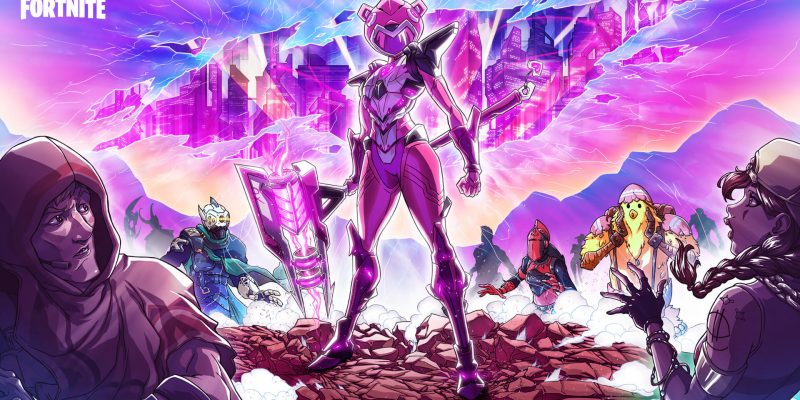 The Mecha Cuddle Master Outfit features a steel skin with a Cuddle Team Leader robot helmet. In addition to the outfit, the bundle includes a Psytronic Bow Back Bling, a Nuzzle Jet Pickaxe, and a Cuddle Mech Wrap. Fortnite players can choose from the default pink set, a “white and black Midnight Style,” or the “white and red Royale Style.”

Any Fortnite Crew subscribers who did not already receive the bonus loading screens throughout May will get all four in June. These special screens depict the story of how Cuddle Team Leader transformed into Mecha Cuddle Master. As shown in an accompanying trailer, the character apparently entered a parallel dimension filled with robots. She then befriended the robots and gained some of their powers. Finally, Cuddle Team Leader returned to the Fortnite island in her robotic form.

Fortnite Crew subscribers can collect the June pack on May 31. Check out the full Mecha Cuddle Master trailer below.

A new season is upon us

Epic’s announcement also included a reminder that new Fortnite Crew members still have time to grab the Season 6 Battle Pass and other May subscriber benefits, including permanent Save the World access. As longtime fans know, this usually means that a new season is near. The current Battle Pass is slated to end on June 7, which means that we may receive a Season 7 announcement very soon. Right now, it’s anyone’s guess what the end of Fortnite Season 6 will look like.

Bloodstained: Ritual of the Night may get another game, according to financial report