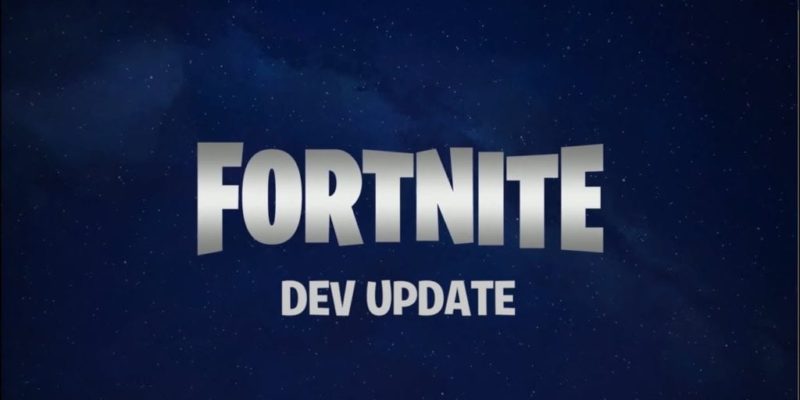 A new Fortnite developer update has been released, addressing a few community questions and confirming an extension for Fortnitemares. That mode will be running until 29 November.

The first question asks about new weapon conditions (such as crit when stunned). Epic say they’ve added added alterations to schematic systems, and know that people are wondering how they can get hold of the schematic properties they want. They’re working on ways to narrow the search in the system, as well as tuning and tweak schematics properties. In short, they want to give players new tools for new playstyles; but as they add more stuff, they know they have to increase player control on how that stuff is acquired.

Next up is a question about accessing locked (inventory) overflow items in Fortnite. Epic’s response is that ‘overflow’ was never intended to be a ‘playable’ area, just somewhere to store things so they weren’t lost. It’s not really their intent for people to access overflow stuff on the fly, however, on a related note, they are working on a way to make management of the inventory schematics less cumbersome

Someone else asks whether the function to upgrade or downgrade crafting materials will be added to Fortnite in future. There were apparently some in-house experiments with this during Epic’s online test phases. They say they never really cracked how that would affect economy and progression, and haven’t had time to look at the design nuances it would require. It is still on the list of possible changes though.

Finally, the chest bug. People had reported a difference between the end of round screen and the home base menu, and what they displayed as rewards from chests. In this video, Epic confirm that it is indeed a bug. They thought it was just a UI bug at first (which would have meant players did get the right rewards). But no, in some cases players were not getting right rewards from chests. There is a fix on the way, but it’s not quite ready to roll out yet. That’ll be coming “as soon as we can,” and Epic is also thinking about how to provide some recompense to people for lost rewards.