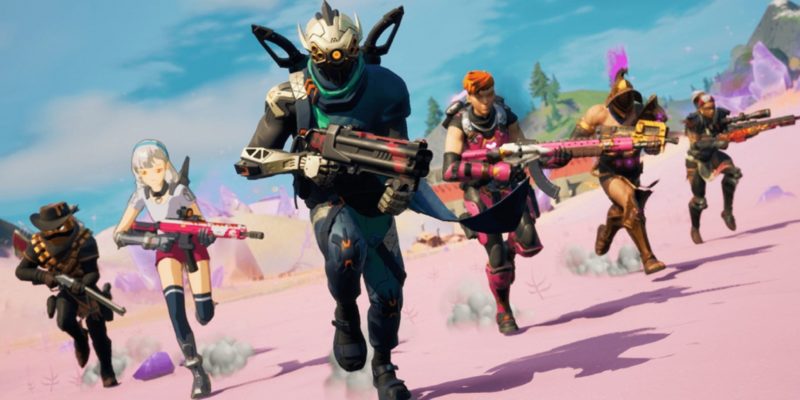 Following the most recent Fortnite update, two new exotic weapons were added in to the battle royale. They are the Chug Cannon and the Burst Quad Launcher. The Chug Cannon will boost the health of both you and your squad. Each time you fire, it will restore a total of 18 health. Tthe Burst Quad Launcher shoots two rockets each time you fire, dealing 42 damage each. Those are all well and good. However, it appears that another exotic weapon could be in the works at Epic Games. The prominent Fortnite leaker, iFireMonkey has shared information surrounding a Frozen submachine gun exotic weapon.

iFireMonkey also provided some stats, giving players an idea of how powerful the alleged weapon will be. The Frozen submachine gun takes 2.1 seconds to reload the light bullets it uses. Frozen’s magazine holds 35 rounds, and it deals 20 damage to players. Considering the name, it can be speculated that the weapon will also have an added freezing effect.

When will get the Frozen submachine gun exotic weapon?

So far, it appears that the weapon is not yet available to use in Fortnite. When it does arrive, it’s highly likely that it will follow suit of the other exotic weapons, and only become available from the correct NPC. The exotic weapons cost gold bars, which you can earn in various ways. Gold bars can be acquired by looting them from chests and safes, or completing bounty contracts. Be sure to check our guides and features hub for Fortnite Chapter 2 Season 5 if you’re having trouble tracking the currency down.

Meanwhile, Fortnite continues its various successful crossovers with popular culture. Predator arrived in Fortnite, bringing some new challenges for you to complete. And just recently, the Snake Eyes skin from the G.I. Joe series got introduced into the game. If that was not enough, a further crossover is speculated to involve Lara Croft. It’ll be interesting to see what Epic Games has in store for fans next.

How to level up guns fast in Call of Duty: Black Ops Cold War