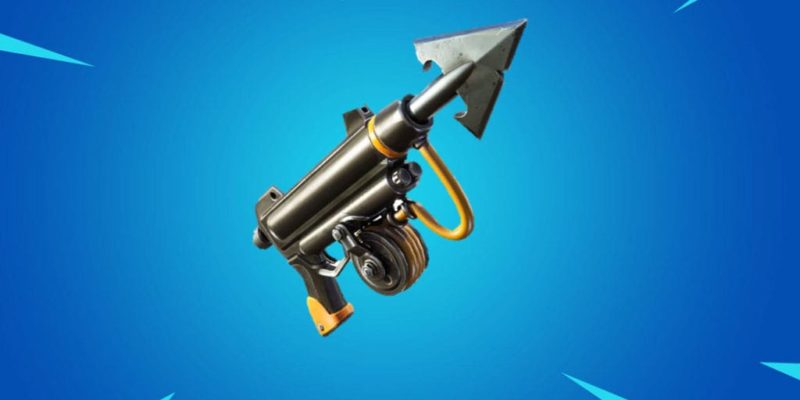 For some reason, Fortnite developer Epic Games has decided to stop releasing patch notes in Chapter 2. Instead, they’re adding new items and features to the game and letting players discover them and figure out how they work. The latest item to surprise players in-game is the Harpoon Gun. It can be found in chests, supply drops, fishing rod barrels, and just lying around on the floor.

By not releasing patch notes, Epic Games is giving everyone a chance to be the first to discover and show off the new items in the game. Suddenly, clips on Twitter and short YouTube videos are becoming more valuable content. It’s a race to see who can get their clips out first, and often it’s not the bigger content creators.

Chapter 2 introduced a lot of new things to Fortnite. One of those things is fishing, a new way for players to find loot. Before the Harpoon Gun was released, the fishing rod was the only way for players to fish. With the fishing rod, you have to cast your line into a school of fish, then wait for the float to bob. Only then can you reel it in and see what loot you caught.

The Harpoon Gun is more like fishing with dynamite. You shoot it into a school of fishing and, boom, out comes some loot. You don’t leave yourself vulnerable to an enemy lurking nearby, and you save yourself some precious time. The Fortnite Harpoon Gun comes with 10 charges and no way to replenish those charges. Fishing with the harpoon, however, doesn’t use up a charge. 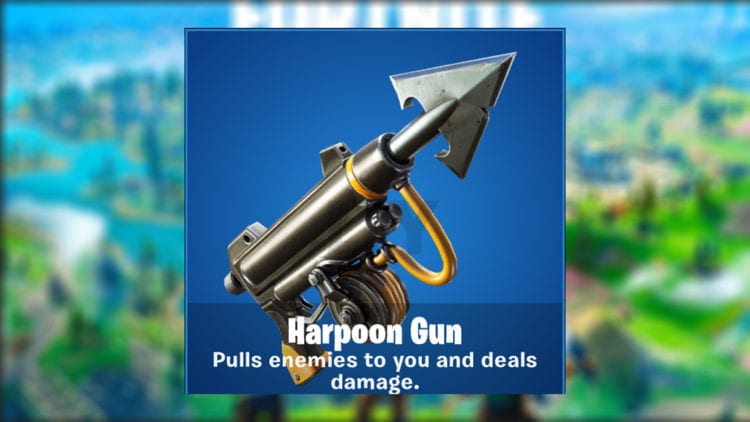 The Harpoon Gun can also be used as a… gun. It deals 75 damage to enemy players and pulls them towards you, so you can feel like Scorpion from Mortal Kombat. This little trick allows for some incredibly creative plays. You can set up trap rooms and then pull enemies into the room of death. If you’re high up you can use it to pull enemies into the air and watch as they fall to their deaths. You can also style on enemies by pulling them towards you and then whipping out your shotgun to execute them. Doing this completes a new “YOINK!” achievement.

Another creative use for the Harpoon Gun is to use it to snag loot from a distance. Doing this won’t use up one of your precious charges, but it could catch you some much-needed materials or meds. Or let you snatch a gun before an enemy gets it.

The last two things to know about the Fortnite Harpoon Gun are that it does 150 damage to buildings — but this would be a poor use of its limited charges — and that it has a 1.4 second reload time.

Fortnite is available for free on PC from the Epic Games Store.

By Lauren Sayles45 mins ago
Guides