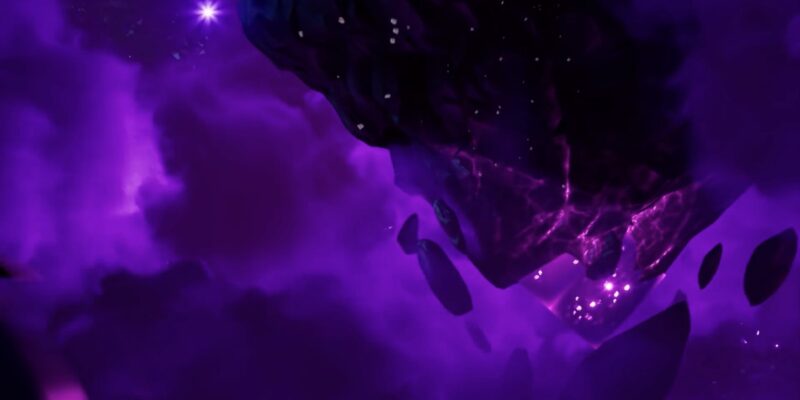 Fortnite Season 7 is all about the aliens, and there’s more to play with each week. Most recently, the Grab-Itron was introduced into the weapon pool, and the mothership is currently in the process of abducting points of interest. With just a few weeks remaining of Season 7, fans are looking ahead to what the next season could entail. Now, the Chief Creative Officer at Epic Games has hinted at the return of Kevin the Cube in Fortnite.

In the first chapter of Fortnite, Kevin the Cube was at the center of the narrative. The mysterious purple cube first appeared in Chapter 1 Season 5. Following this, the cube remained in the battle royale until Season 6 and made a final appearance in Season X. However, since then, it has been hinted that Kevin the Cube is still present on the Fortnite map. Kevolution Energy which is the power plant company based at Steamy Stacks suggests the cube’s power still exists.

Is Kevin the Cube gearing up for another Fortnite adventure?

The Chief Creative Officer at Epic Games teased the return of Kevin the Cube on Twitter. On August 8, Mustard tweeted “they see me rollin’ part two.” The lyrics from the hit song were previously used to reference the cube’s travels around the Fortnite map. In addition, if you attended the Rift Tour featuring Ariana Grande, you may have noticed the memory bubbles. Kevin the Cube was present in one of the memory bubbles, further hinting a return.

It is unknown if the tweet of the song lyrics is referencing Kevin the Cube. Notably, its return would be a valid explanation. At the time of writing, it has not been confirmed what date in September that Season 8 is set to roll out. Regardless, we will not have to wait long to find out what Epic Games has planned for the next season. If Kevin the Cube does return to the battle royale, only time will tell how much chaos he will cause on the island this time.

Overcooked: All You Can Eat serves up free Birthday Party update