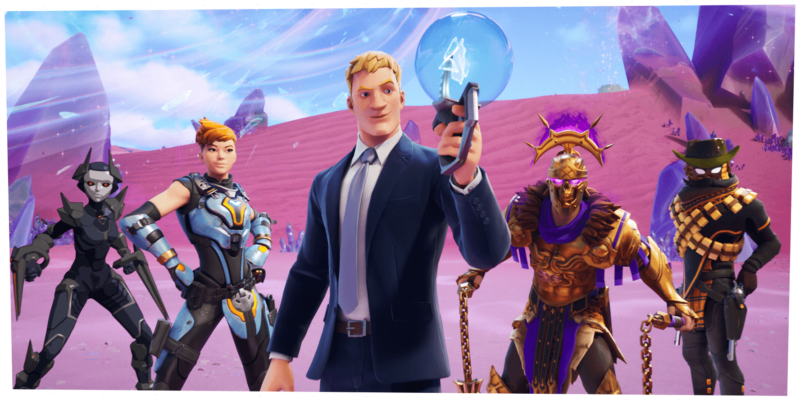 A new exotic weapon has been introduced into Fortnite. Already, previous exotic weapons have proven to be popular in the battle royale. Following suit with the other exotic weapons, you have to visit the correct NPC and spend your gold bars to get your hands on it. The new Fortnite exotic weapon is actually a pair of pistols, known as the Hop Rock Dualies. If you want to try out the new exotic for yourself, this guide will tell you everything you need to know.

The NPC you need to find is called Cole. Unfortunately, he can spawn in two different locations. You will either find him at the Shipwreck Cove landmark at the very southeast of the map, or at the campsite to the north of Retail Row. You can refer to our NPC character location guide if you’re unsure of where to go. Once you interact with Cole, you will have the option to purchase the Fortnite Hop Rock Dualies exotic weapon.

Two pistols are better than one

Compared to other exotic weapons such as the Boom Sniper Rifle, the dual pistols are relatively cheap.  They will cost you a total of 500 gold bars. However, if you do not have enough, there are several other ways that you can earn them. These include finding them in safes, completing bounties, and more. The dual pistols deal 43 damage each to enemy players. In addition, the magazine size is 18 bullets and when you need to reload, this will only take 2.7 seconds. This makes the pistols quite deadly, especially in close range gunfights.

Since the Hop Rock Dualies are the latest exotic weapon to be added into Fortnite, it is likely that Cole’s spawn locations will be busy with other players trying to get the new pistols. Therefore, you may want to find yourself some loot first. There is no doubt that the weapons will become popular due to the low price and the amount of damage they can deal. 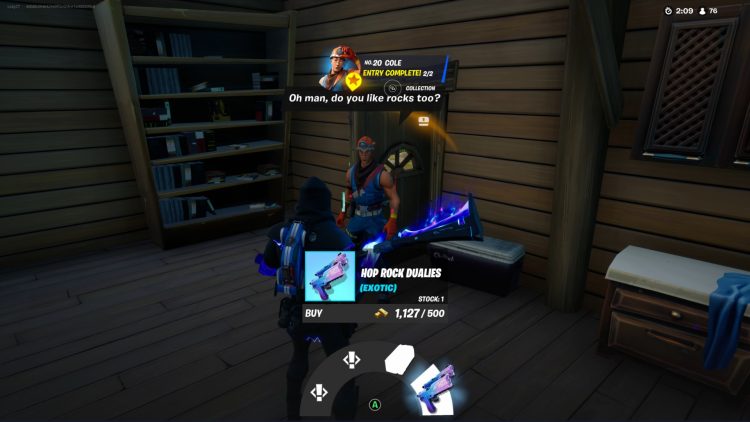