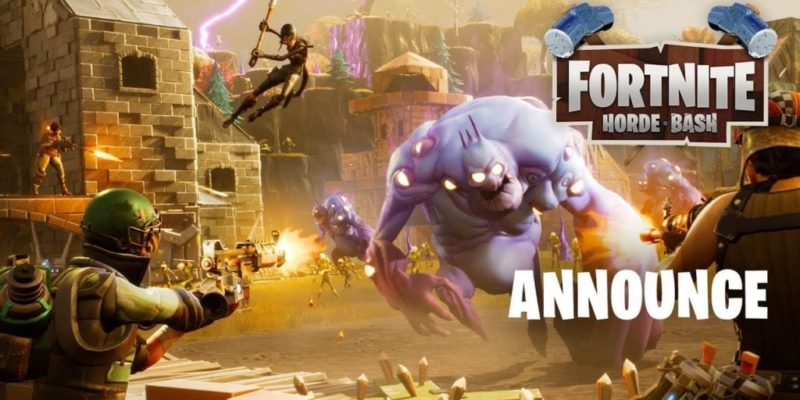 Fortnite will be expanding with Horde Bash on Thursday 5 October bringing new heroes, new weapons and a new mode.

The new Challenge Horde Mode will give players limited resources but unlimited time to build a “portable fort”. Once the fort is designed, players will exit the staging area and can party with up to three friends. As soon as the action starts the fort is ready for action and as you continue to survive more resources and rewards will drop.

A new event llama is also being added, the Scavenger Llamas which comes with the four new heroes, nine weapons, and two new defenders. Scavenger currency is earned by completing quests and playing the new Challenge Horde Mode. According to Epic, the new Scavenger weapon set is “delicate, but they’re cheap to craft”.

The new heroes added in this update includes the Raider Soldier who loves the shotgun for close encounters, the Ammo Harvest Outlander for ammo supply, the Trap Specialist Constructor with damage and durability boost, and the Energy Thief Ninja which leeches energy for melee combat.

Finally, there are 25 new progression quests with rewards including Scavenger Tickets and Legendary items.

We’re not sure what time this will roll out on Thursday but it could be afternoon GMT based on what’s happened before with Fortnite updates.