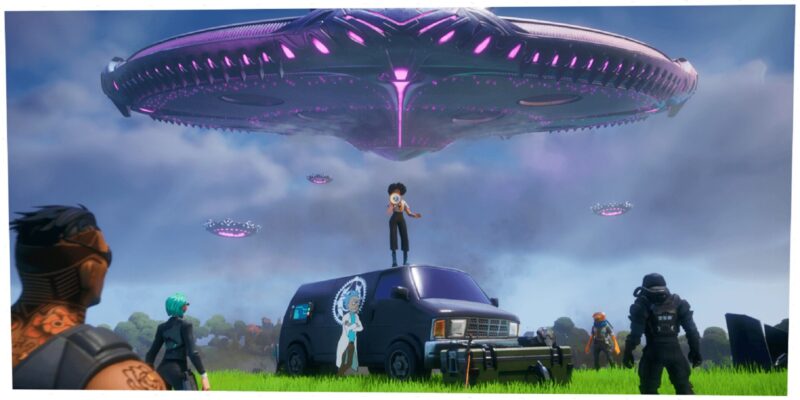 Since the very beginning, Fortnite Season 7 has featured plenty of new content. From the alien invasion spreading across the map, to new IO weapons, there is plenty to see. It doesn’t seem like the content will slow down anytime soon either. If you played Fortnite recently, you likely noticed a countdown timer in the background of the in-game lobby. This signifies that something big is about to happen in the battle royale. Some speculated that this was for an upcoming Fortnite concert, but it appears that major map changes could still occur for Season 7.

Although it is unknown what the in-game event could entail, a Fortnite leak hints that some huge changes could be on the way. Reportedly, the Season 7 map is about to evolve and some popular points of interest could disappear.

Fortnite Season 7 map changes could be on the way

In addition, HYPEX notes that this will not be a quick and sudden process. The mothership has to move to the named points of interest and warm up before performing the abductions. Currently, it is unknown when this will begin and how long the process could take.

Without confirmation from Epic Games, who knows what could happen in regard to Fortnite Season 7 map changes. However, you may want to pay a visit to Coral Castle, Slurpy Swamp, and Corny Complex in the case that we do have to say goodbye.

The mothership will abduct the POIs in this order and in stages (idk the dates, probably before/after the event):