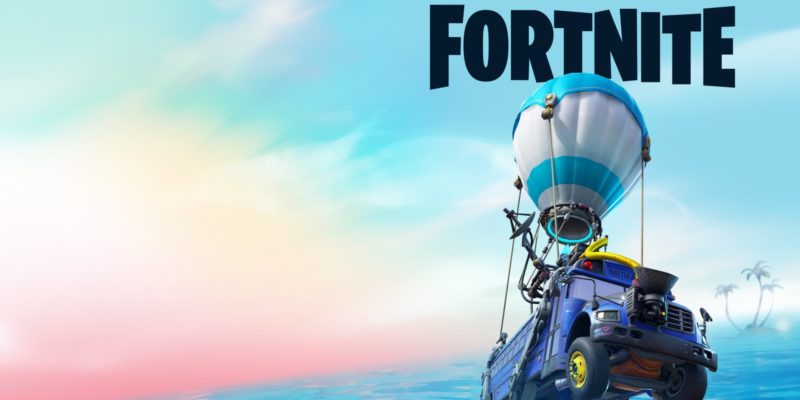 A new banner icon for Fortnite was spotted on the PlayStation Store today, hinting that a flood is on its way. In the leak, the battle bus can be seen in the image hovering perilously close above the sea, along with a small, familiar island in the background.

Wave after wave of recent Fortnite leaks also support the theory that the map will soon be flooded. The changes are expected to tie in with the live event on June 6, when something called “The Device” will activate. Whatever this device is, it can apparently flood the world of Fortnite. The rumors are further supported by the mysterious small puddles that have appeared around the map. Epic Games has historically used subtle clues like these to foreshadow major changes to the game, so the likelihood of a flood is almost certain in the upcoming event. 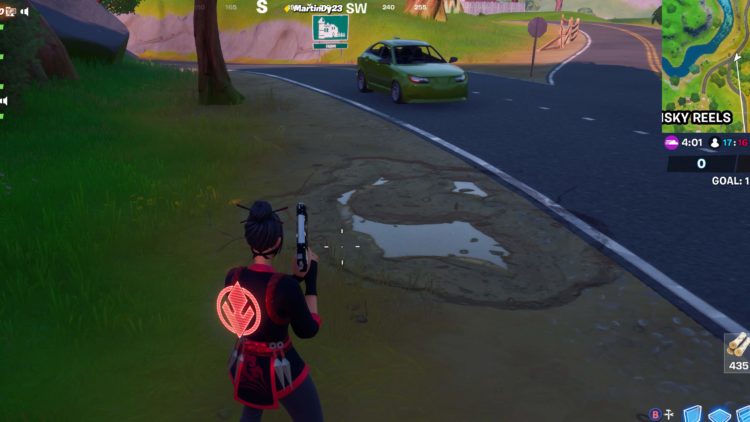 Puddles like this one are found all over the map. Soon we will know what they mean.

Beat the heat, go for a swim

Although players have been able to swim since the beginning of Fortnite Chapter 2, more amphibious animations look to be coming soon. Recently discovered diving animations raise questions about how gameplay will change, as they are sure to make a big splash. In the earlier report, animation files for underwater swimming were found. Check out this discovery for yourselves:

Epic is staying silent about everything up to this point, but the leaked information has some validity. Previous leaks came from the respected data miner FortTory and today’s leaked image is from Sony themselves. At any rate, the live event is only a few days away now. The new season will officially kick off on June 11. Players only have a few more days to work on their battle passes, before “Doomsday” arrives in Fortnite.