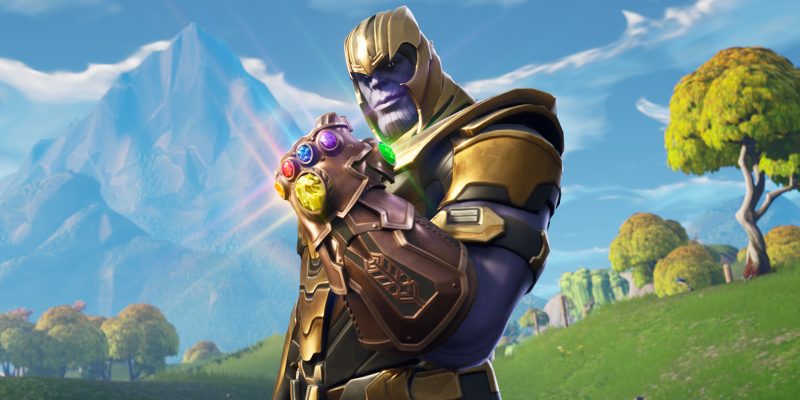 So far, Fortnite has featured multiple crossovers. This has brought brand new cosmetics with the GI Joe series, for example. Moreover, the crossover with Predator introduced the skin and challenges. Also, various crossovers have been leaked and should happen in the future. Included, is a rumored crossover with Tomb Raider’s Lara Croft. Now another Fortnite leak appears to confirm the return of Thanos. Previously, Fortnite did a crossover with Infinity War and Endgame which brought new content and a limited-time mode to the game. According to this leak, it appears that Thanos will be returning to the battle royale once again.

The potential Thanos leak came to light from the prominent Fortnite dataminer Mang0e on Twitter. According to the tweet, Epic Games has added an animation for an extra large male skin. The dataminer explains that the only extra large male skin that exists in Fortnite is Thanos. As a result, this has led players to believe that a Thanos skin could be made available soon. It is unknown if Thanos will be in a future battle pass or be available to purchase via the in-game store.

Is the animation leak definitely for Thanos?

It will be interesting to see if Thanos does get added into Fortnite. The animation could be for a brand new extra large male skin altogether. The end of Season 5 is not too far away, after all. Therefore, players will hopefully not have to wait too long to see what Epic Games has in store for Fortnite next.

Meanwhile, the v15.40 patch which introduced the leak brought some new content to Fortnite. The Flint-Knock Pistol which was popular back in Chapter 1, Season 6 has been unvaulted. In addition, you will get to experience the return of some limited time modes. These modes are The Floor is Lava and Air Royale.

An animation for an Extra Large Male skin was added in 15.40.

Oddly enough though, the only XL male skin that currently exists is Thanos. pic.twitter.com/RlE5qQL49F

For Honor marches into Year 5 with Shovel Knight crossover