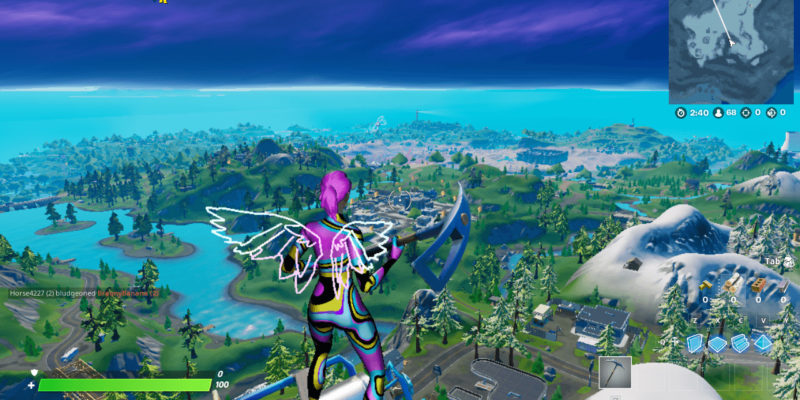 League of Legends is one of the first games I knew of that could run on just about any computer. It didn’t matter if it was an old laptop or one of those old Dell home computers from when the company had that black and white box logo. Now, Fortnite seems to be going down the same route for accessibility with performance mode, lowering the quality to the bare minimum so absolutely anyone can play regardless of what hardware they have access to.

As revealed in a blog post today on the Fortnite site, the game will be receiving a performance mode tomorrow, December 15. This new mode will be available through the game’s settings menu and can boost framerates in exchange for a big hit to graphical fidelity. However, for players with low-spec CPUs and GPUs, this may be the best way to play Fortnite.

It’s just as well that another option is coming to the game that will simply save some drive space. In the game’s options menu in the Epic Games Launcher, players can now choose to uninstall high-resolution textures. Losing them results in a final filesize for Fortnite of just 17.32 GB, making it a must for those running the game in performance mode.

With the arrival of Fortnite‘s performance mode, the game’s minimum specs have dropped drastically. Developers tested one example of a configuration that previously would run at under 30 fps at 720p, but with performance mode, runs just above 60.

Now those are some low specs, although the visual tradeoff is there. In performance mode, and especially at 720p without any high-resolution textures, Fortnite looks like a muddy mess. Players will certainly have to strain their eyes to see any far off enemies, and sniping will be a huge challenge. Still, it’s better to run the game at a high, stable framerate than have it beautiful and choppy. That being said, those new skins definitely won’t look as fresh.