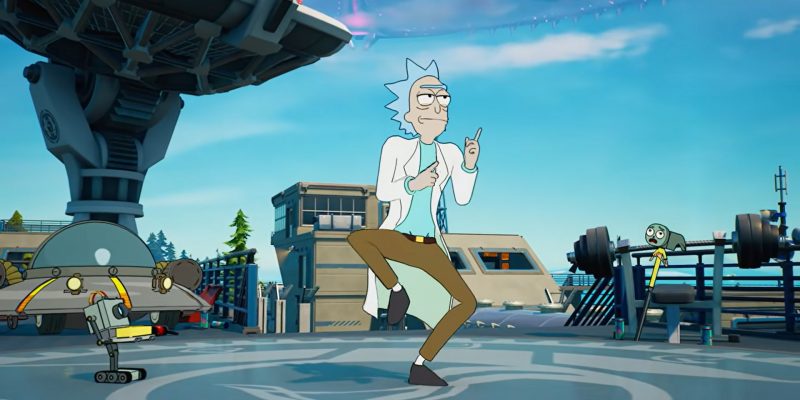 Fortnite Season 7 has introduced an alien invasion into the battle royale. With it, some fresh content debuted, including some map changes, a new battle pass, and more. Thanks to the continuation of weekly challenges, players have been levelling up their battle passes to unlock new cosmetics. One of these cosmetics is the Rick Sanchez skin from the popular show Rick and Morty. Since this addition was made to the game, Rick Sanchez has proven to be a fan favorite skin this season. Now, players want the crossover to go a step further. Some fans have been calling for Rick’s house to be added into Fortnite in Season 7.

A Fortnite player has taken their creativity to Reddit to come up with how Rick and Morty’s house would fit in with the Fortnite map. If you are a fan of Rick and Morty, you may notice the resemblance between the Fortnite concept and the house from the show. Fellow Fortnite fans were quick to show their support of this addition, with many hoping that it will make its way into the game. Also, it has been suggested that the house would fit in at Pleasant Park, or even Holly Hedges.

How likely is it that we will see Rick’s House in Fortnite?

Rick and Morty’s house would be an exciting location if it made its way into Fortnite. We will have to wait and see if Epic Games announces any plans though. It is certainly possible that we could see Rick’s house feature in the battle royale. In the past, we have seen other character’s houses in previous Fortnite seasons. When Predator made its debut, players got to explore its apartment. Moreover, this location prompted the addition of challenges relating to Predator. It will be interesting to see if something for Rick Sanchez follows suit.

We need Ricks house in the game from FortNiteBR

Among Us mod takes you to a Haunted Mansion map