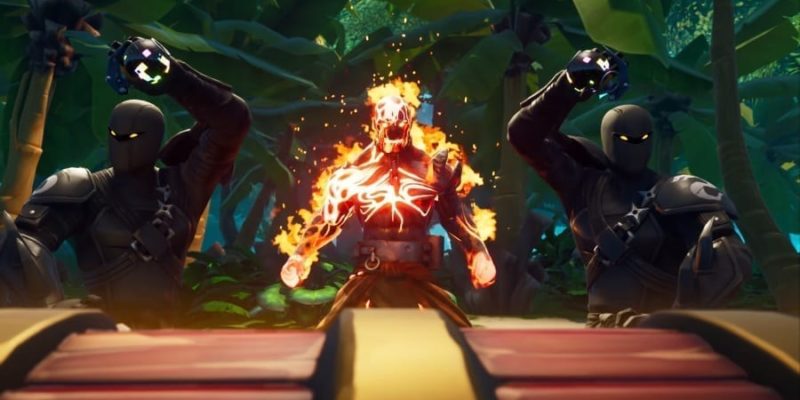 Let’s be real, the entire battle royale genre has been an evolution of games. Many might debate where the true origination of the genre really stems from. However, one can definitely argue that Fortnite has been the most profitable of them. Apex Legends, a contender to Fortnite, recently launched with an in-game tool allowing you to ping objects and communicate non-verbally. As Fortnite enters its Season 8, it too has included that same feature.

Apex Legends has been considered successful for many reasons. One of these has been its approach to building out your squads. Instead of having four people and other options for singles or duos, there is a standard three-person team and nothing else. This works in tandem with the ping feature, allowing you to communicate with two other players on your team instead of three. This is something that Fortnite will have to tackle in order for the system to prove itself worthwhile.

The announcement for Fortnite Season 8’s features come to us from the game’s official blog. However, it was rather odd to not see the ping feature talked about in any of the marketing material for the rollout. Even the trailer doesn’t include or showcase the feature in any way, nor do any of the update notes. I haven’t played the game myself in quite a while, so I for sure wasn’t going to be one of the first people to notice the change. However, it started to gain steam as soon as streamers and outlets started to pick up on the newly added feature.

What are your thoughts on Fortnite adding a new ping system in Season 8? Are you one of the many that have started playing Apex Legends since its launch earlier this month? Let us know your thoughts in the comments below!

Plague Inc. Will Add Anti-Vaxxers As A Buff After Successful Petition