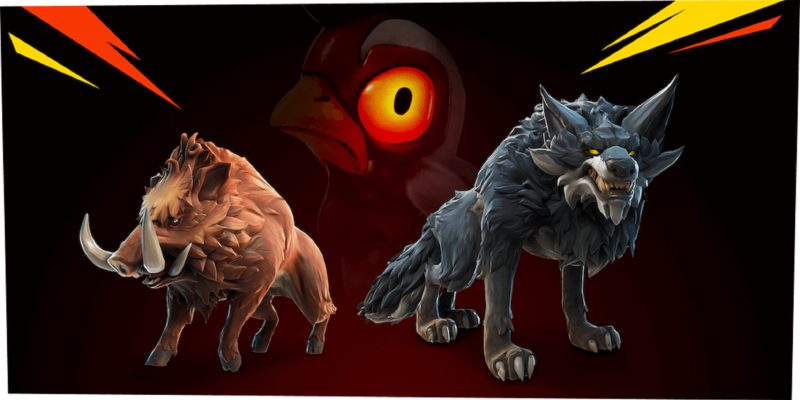 Fortnite: Chapter 2, Season 6 kicked off with an array of brand new content dropping into the battle royale. This includes a new battle pass, new challenges to complete, and more. As is normal with new content, some bugs and glitches have appeared in the game alongside it. A recent glitch involves the chickens in Fortnite Season 6. A chicken is one of three animals that can be tamed. Once tamed, the animals allow you to jump to new heights. Chickens may be the least useful animal to tame compared to boars and wolves. However, a bug is now allowing players to be able to use this mechanic without holding a chicken. Ultimately, this could prove to be game changing in every match you play.

A player shared a clip of the glitch on the Fortnite Reddit page. The clip begins with the player holding a chicken and using the unique jumping ability it provides. Then, the chicken suddenly disappears, but the player still has the jumping ability. At the same time, they are able to use their weapons and travel across a zipline with the glitch. It appears that the ability remained present through the duration of the game. Thankfully, Fortnite fans managed to see the funny side of the chicken glitch in this situation.

The Fortnite chicken glitch could be an even bigger issue

So far, this exploit does not seem to be extremely common in matches. Encountering the Fortnite chicken glitch can be frustrating and potentially game breaking. The exploit means that you will have an advantage, as you will be able to outmaneuver players with ease. It will be interesting to see if Epic Games rolls out a fix for it in the near future. Until then, you can track the bugs and glitches that the developers are working on using the Fortnite Trello Board.

Warzone NecroKing bundle removed from store due to various bugs

The Bus — Is this bus-driving simulator set on real streets worth it?

By Andrew Farrell9 mins ago
News