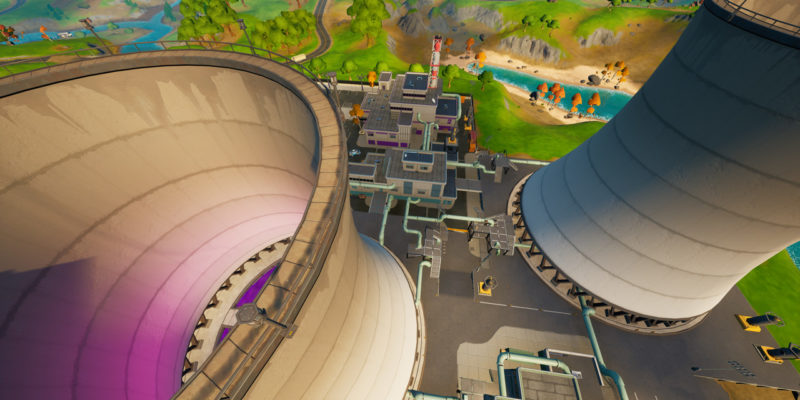 Epic Games has introduced a new in-game currency for Fortnite Chapter 2 Season 5 that allows players to purchase and upgrade loot via NPC vendors. Therefore, it’s important for players to know how to gain as much of the new in-game currency as possible. There are many ways to earn golden bars, but safes offer the highest single yields of anything so far. Players who can manage to find a safe will be rewarded with 150 golden bars. In this guide, we’ll cover all five of the safe spawn locations that you can find scattered throughout Steamy Stacks in Fortnite.

The first thing to know about these safes is that the spawn rates are very low. Seeing as they are never guaranteed, it’s best to just look for them as you go about normal looting. However, the spawn locations are often very convenient, so knowing where to check is worthwhile. Just note that some of the images look oddly placed, because we used a drone to capture them in-between walls for easy-to-interpret viewing angles. 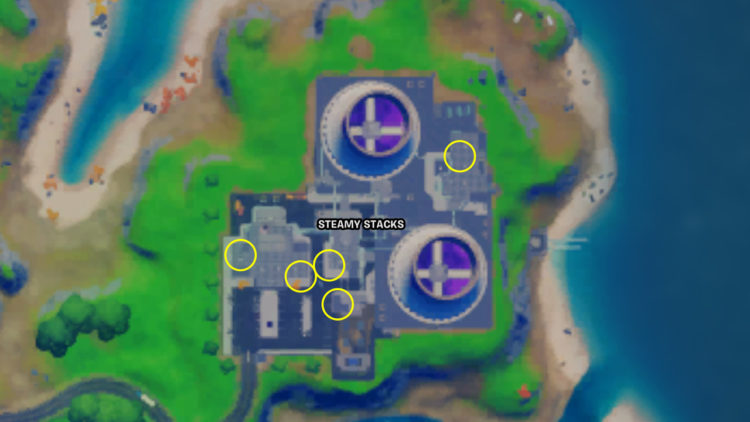 As there are only five different safe spawn locations at Steamy Stacks, checking should be quick and easy whenever you find yourself there while playing Fortnite. Take note that almost all of these spawns are in office spaces. It will take you some extra time to check the far east spawn, but you can just glide out of the location via a silo afterwards. We will start on the west side and work eastwards.

The first safe spawns in the second floor offices of the main facility building. You can break through the roof upon landing and find it conveniently near a chest. The next safe spawn is on the opposite end of the same building. Stay on the second floor and cut through to the office overlooking the reboot van outside. From there, you can break through the wall and cross east across the street.

The last safe spawns in the large eastern building. Work your way to the upper levels where there are offices. The safe spawn is in the office at the west end of the hall.

Don’t get your loot swooped

Landing at Steamy Stacks isn’t nearly as hectic as other points of interest, but you may want to start on the west side of this location if there are other players — including teammates — landing at the location. Everyone will want to claim the contents of the safes for themselves, and most of these spawn near chests. Just keep that in mind.