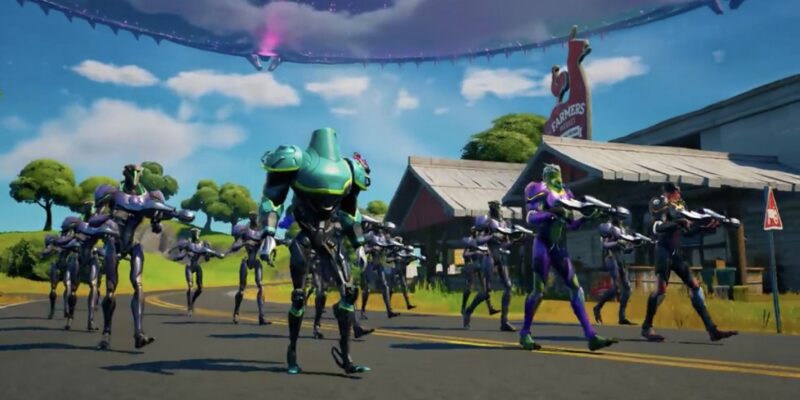 Epic Games does not shy away from crossovers in Fortnite. Already, Fortnite Season 7 has received a whole range of crossovers including Lebron James, Rick and Morty, even the latest Ferrari sports car. Fortnite has made use of surveys to gather opinions from players in the past. One such example was to gain insight on what Fortnite Crew subscribers thought of their rewards. Now, it appears that a new survey has been distributed that asks questions about potential crossovers for Fortnite in the future.

The well known Fortnite leaker known as ShiinaBR shared a list of what was mentioned in the most recent survey. Although Fortnite has featured diverse crossovers in the past, some of the elements mentioned in this particular survey are definitely unique.

Potential for weird and wonderful crossovers

The list has been divided up into eight categories. There are music artists, TV shows, video games, comic/anime, influencers, movies, cartoons/anime, and video game characters. Brands such as Peaky Blinders, Back To The Future, How I Met Your Mother and much more are mentioned. In fact, the different elements mentioned in the survey totals up to 160. However, it is important to note that the appearance of these brands in the survey does not guarantee future Fortnite content.

There is a chance that the survey does not hint at further Fortnite crossovers at all. According to the leaker, players were also questioned about crossovers that have already taken place. The references to Iron Man and She-Hulk substantiate this.

Only time will tell if any of the crossovers mentioned in the Fortnite survey will be seen in the battle royale. Moreover, it is unknown what Epic could choose to focus on in terms of seasonal content versus simple skin releases. What is for certain is that we should expect the unexpected in terms of future Fortnite crossovers.

Yesterday, Epic sent me a survey in my emails asking for my opinion on many characters/people/franchises.

I'll just post some of the most interesting ones here! 👀

Remember that Guggimon (Season 7 BP) was also in one of these surveys before he came into the game! 🔥 pic.twitter.com/4il4WJJMiL

The biomes of Forza Horizon 5 shown off in stunning showcase