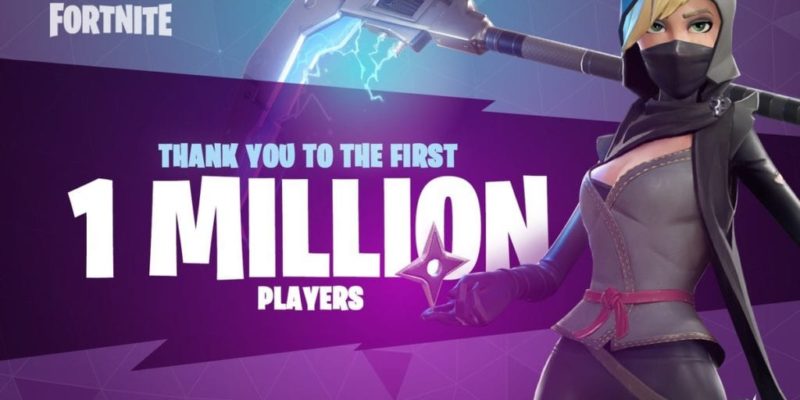 Epic’s base builder and third person shooter Fortnite has been getting regular updates in Early Access and today they have revealed a new milestone and new upcoming content,

First up is news that Fortnite has now reached 1 million players which is not bad going considering it only hit Early Access on 21 July. The game manages sales of 500,00o within a few days which means a further 500,000 have joined since 27 July.

In related news, Epic has also announced that a Survival Mode is being added to the game on 28 August. A Survival Mode where players have to take on wave after wave invaders has been one of the most requested features since the game launched so it’s being implemented quickly.