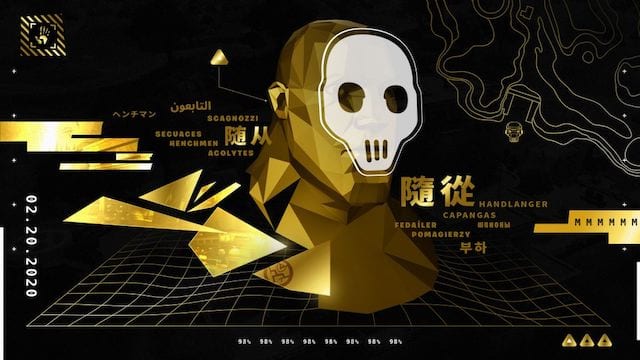 There’s a lot of anticipation going into Fortnite Chapter 2 – Season 2, particularly with what could come with it. While there aren’t any official details on what’s on the way just yet, a Fortnite leaker named HYPEX has provided a pretty good idea. Season 2 might just provide a new mode of transportation, making getting around the map much easier.

As you can see from the tweet above, the update appears to be called TakeOver. That’s not official as of yet, but it is based on data mining. And the gold handprint does match up with imagery seen from the official Fortnite Twitter account thus far. You can see that image below, complete with the “02.20.2020” date.

There’s more where that came from. As you can see, that image has golden shards, which line up to form what looks like the interior of a base. Where it will be located is unknown, but some speculate it could be somewhere in the middle of the map.

Did someone say helicopters?

Digging a little deeper, an image of a hidden background has popped up on Reddit. In it, there appears to be a helipad, a perfect landing spot for a helicopter. While nothing is official by any means, adding them to the game would make for a great way to get around the island.

The game will shut down for the update later this evening, starting at around 4 a.m. EDT. There’s no word how long it will last, but once it returns, Fortnite Chapter 2 – Season 2 should be well underway. By that point, players should have a good idea if they can get their hands on whirlybirds or not.

In the meantime, get hyped for the new Fortnite competition with the Chapter 2 trailer below. Maybe you ought to brush up on those pilot skills, on the off-chance that you need them.