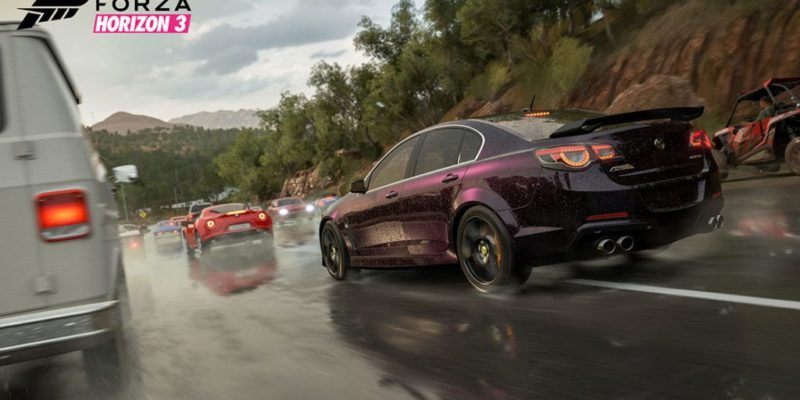 Another major patch for Forza Horizon 3 was released last night (around 7pm Pacific) through the Windows 10 Store. This October update takes a further pass at performance and stability on PC, which have been issues since release.

As well as promising “numerous stability and performance improvements for the game across a variety of Windows 10 PC hardware configurations”, this patch says it has “addressed numerous gameplay balance areas in the game and introduced new Horizon Edition cars to the level-up Tombola spins”.

It sounds like Playground Games have further performance patches in the works, so if this one still doesn’t get Forza Horizon 3 performance to where it should be on your machine, there’s still hope. “Performance and stability improvements continue to be a top priority for Playground Games and Turn 10, and will also be a focus of future updates as well,” they write.

Here are the patch notes.

· Fixed a TDR for Windows 10 players

· Improvement to performance in upgrades and tuning screens on Windows 10

· Fixed a stall when driving in Byron Bay on Windows 10

· Stall fixed when applying Drivatar liveries while driving on Windows 10

· Fix for photo mode being blurry for some Windows 10 players

· Added option to mute microphones in-game (Xbox One and Windows)

· Fixed an issue where the Perk “The XP Bump” worked in Online Adventure. Now it provides no benefit outside of single player racing

· Added a 30-second cooldown to the Drift Tap Skill

· Reduced the amount of XP awarded for banking Skill Chains

· Fixed an issue where the Landmarks stat was incorrectly listed as 21 instead of 19, stopping players reaching 100 percent complete