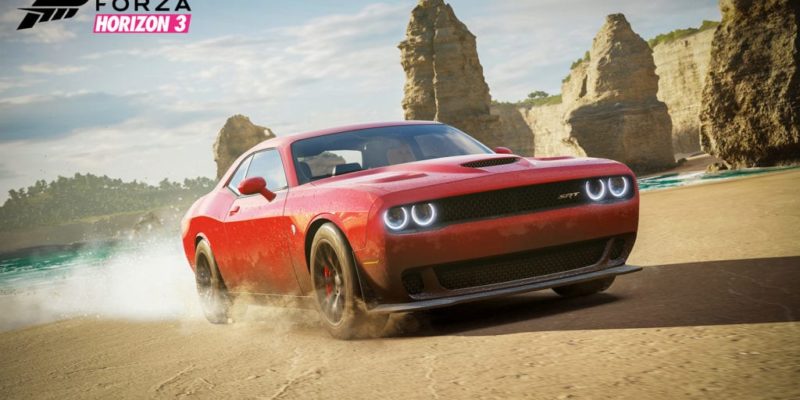 Forza Horizon 3 isn’t fully released until tomorrow, but many have been playing it since 23 September on PC as part of a pre-order offer. From what I’ve seen reported (we didn’t get Forza Horizon 3 code, so nobody here has played it personally), it’s a PC version heavy on graphics options but pretty variable and unusual in performance.

Substantially beefy hardware is required to get it to run at 60fps on Ultra settings (minus MSAA, which appears to be a massive resource hog for some reason), and a lot of players have reported stuttering issues and frame-drops on PC. It’s possible that Microsoft’s decision to use a new form of appx format encryption for Forza Horizon 3 may be contributing to these problems.

As noted by DSOGaming, both FH3 and the recent Halo 5: Forge use Windows’ Encrypting File System (EFS) to encrypt the game’s files on-the-fly when installed on a system. Reddit user ‘dkhavilo’ has done some testing and, while I wouldn’t go so far as to say this definitely shows causation, indicates some correlation between heavy CPU usage (which he claims will be exacerbated by the CPU having to decrypt appx files) and in-game stutters.

It’s a theory with some plausibility, but testing this stuff is harder than usual with Universal Windows Platform (UWP) titles because overlay tools like MSI Afterburner aren’t yet compatible with Microsoft’s new format. That means there’s a lack of solid, graphical data to back this up.

The only other title to use this method of DRM encryption to date is Halo 5: Forge which did not, apparently, have wide-spread stuttering issues. However, if that game does not tax the CPU as heavily as Forza does, the issue may simply have been less obvious.

What’s not in doubt is how unfriendly this system of encryption is to modding. Aspects of Forza 6: Apex could be modded on PC with changes to an XML file. With Forza Horizon 3, such straightforward changes are not possible.

Since the game isn’t 100% released yet, there’s also hope for a launch day (or thereabouts) patch to address the stuttering problems.