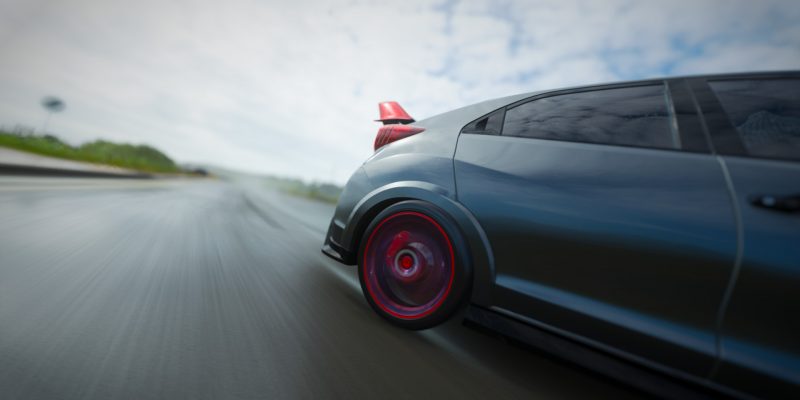 It’s been a busy week in the world of Forza Horizon 4 thanks to it finally arriving on Steam almost three years after its initial launch. Alongside the Steam release, Playground Games has also rolled out the latest update to the game — Series 33.

While this new update doesn’t do a whole lot to the core game, it does give players yet another helping of new cars to add to the game’s already gigantic near-500 vehicle roster.

The two new vehicles of the hour are the Raesr Tachyon and Peugeot 207 S2000, and they’re both quite the treat. 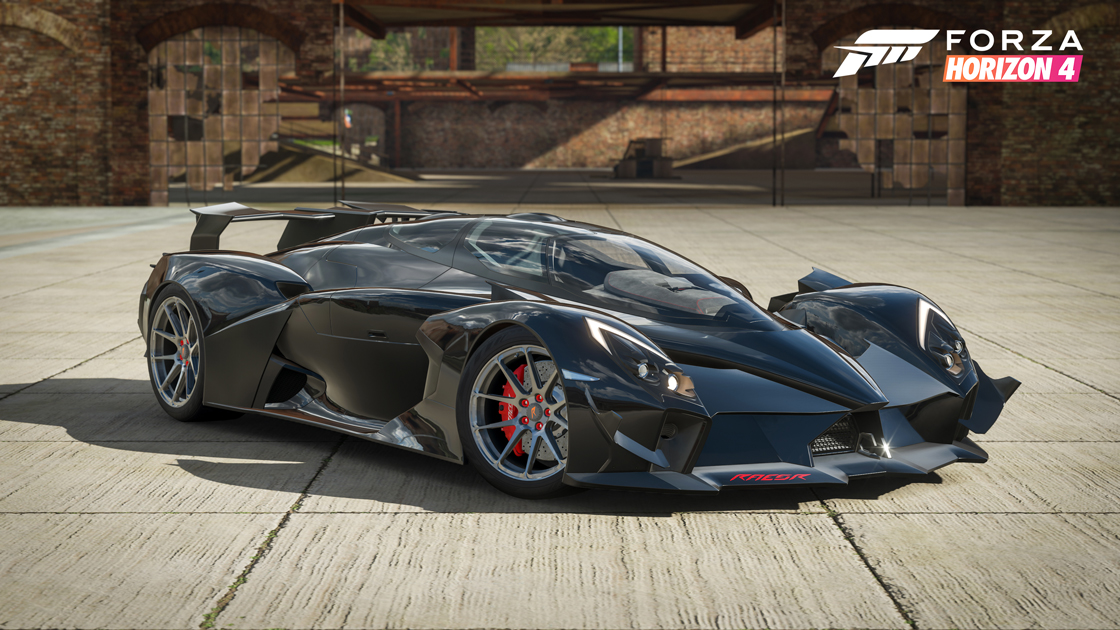 You might see the name “Raesr” and immediately think of the well-known gaming hardware company. But, while the two may be unrelated, they both seem to have quite the love for creating sleek, sharp-edged, high-performance products with a keen eye for being attention-grabbing. That description perfectly fits the Tachyon, a vehicle with a name that literally means a particle that supposedly “would travel faster than the speed of light”.

The Tachyon now bumps up the small number of EVs in Forza Horizon 4 by one. While it may not have the engine of a Buggati Cheyron, it does have aerodynamics on its side. It’s made out of carbon fiber (weighing less than 3000 pounds at that), has an all-wheel drive system, and six direct-drive electric motors that will quickly rocket it up to its top speed of 240 mph. To keep it grounded while road-flying, the Tachyon also boasts a rear wing and a ridiculous array of four front wings all to reduce drag and make sure you don’t accidentally take off. But this is Forza Horizon, so of course, you’re going to try to fly it anyway. 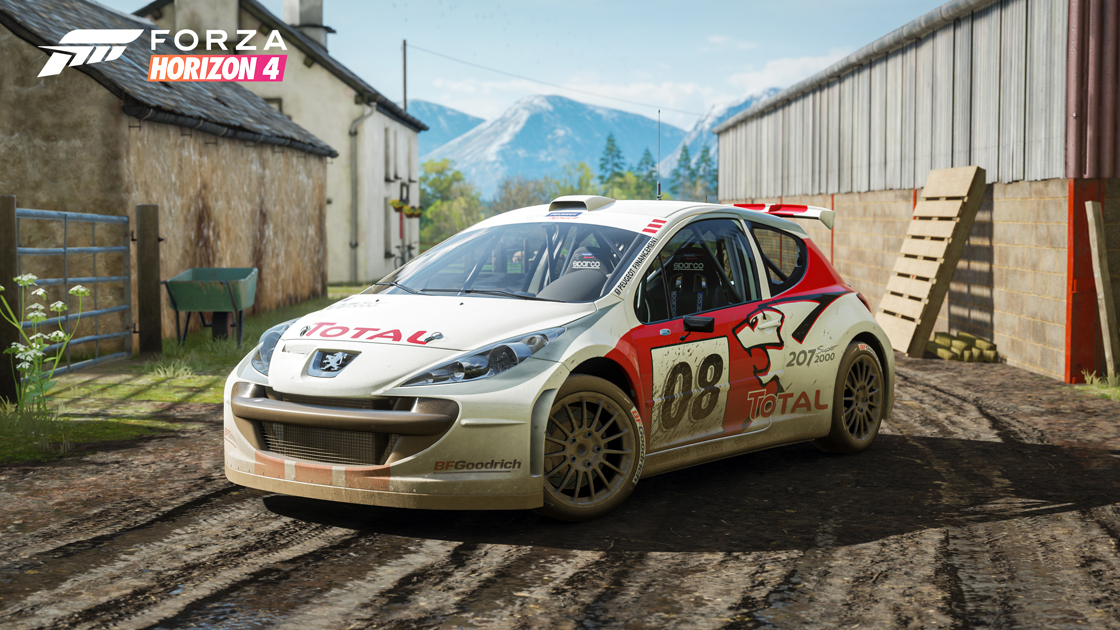 One thing about Forza Horizon 4‘s virtual take on the UK is that it’s chock-full of huge swaths of beautiful countryside with drivable back roads and acres of open land to charge across. Thus, what better way to master the harsh terrain than with a car built for the purpose of tearing up gravel and mud? That’s exactly the role that the Peugeot 207 S2000 plays.

This rally legend has been out of the Forza universe for a while now. It’s making a grand return here in Horizon 4 as yet another decked-out off-roader that will be perfect both on and off the asphalt.

Both of these sweet rides will be available in Forza Horizon 4 as of Thursday (March 11) when the game switches over to the Winter season. And, as usual, they’ll both be unlocked by completing specific events during the week-long season. That said, the 207 will thrive during the winter, but it might be best to wait until the in-game Spring rolls around next week Thursday before you take the Tachyon out for a proper spin. 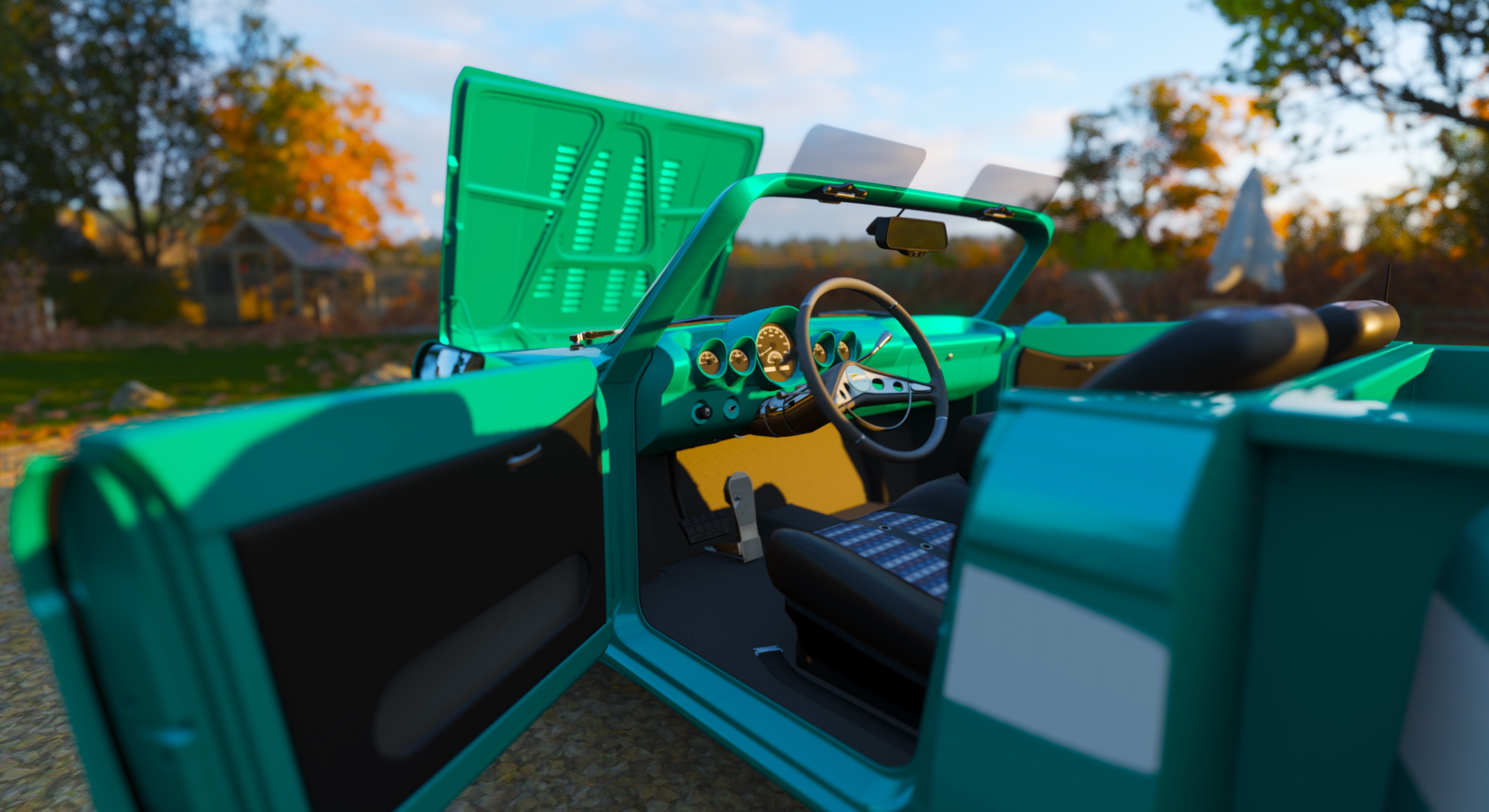 If you’ve got an itch to deck out your virtual garage with even more cool roadsters, then the unique collection of the recently-released Hot Wheels Legends car pack might be to your liking. Unfortunately, these rides aren’t freebies like the two aforementioned vehicles covered here today.

What is new and free, however, is the new game mode that came out a few months ago, Super7. This mode gives the engineers of the Forza community a chance to finally let their light shine with some custom-created tracks and challenges. In the short time that Super7 has been out, a decent helping of great creations have come out of it. So, if you haven’t touched Forza Horizon 4 in a while or you’re just getting into the action now that it’s on Steam, there’s more new content than ever to sink your teeth into.

Make your Valheim life more challenging with these mods