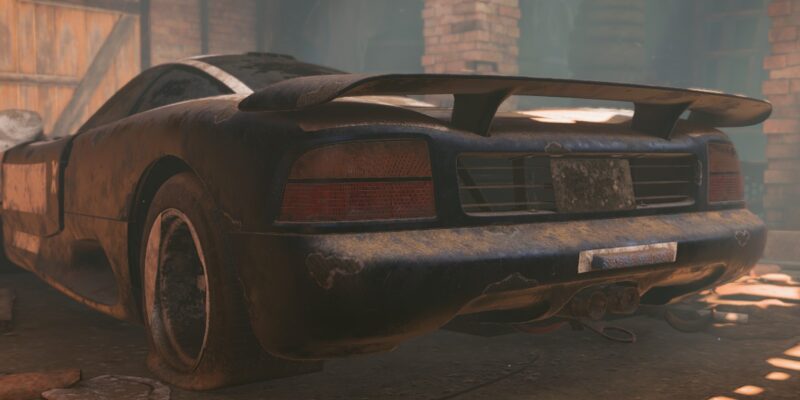 Forza Horizon 5 has a pretty hefty map, and just like entries of old, it contains a lot of hidden gems. Of course, this includes the fan favorite Barn Finds, which are secret legendary vehicles that are hidden away within Forza Horizon 5, and it’s up to you to track them down.

In order to help you fast track your way to grabbing them all up, here’s a handy set of instructions to locate each barn. One quick tip: many of these barns aren’t that hard to come across; often just look for unmarked track roads and structures that seem to be placed there for seemingly no reason, and chances are you’ll see a barn nearby.

The following list of Forza Horizon 5 barn finds is organized by vehicle year of release (since you can unlock the barns in any order):

The classic Corvette is the oldest of the Barn Find bunch, and also one of the oldest cars in the game. You can find its barn to the south of the highway and to the east of the river that passes underneath of the highway. The barn is at the edge of a farm, right next to the river. Keep following the river to the north edge of the farm and there lies the barn containing the Corvette.

(From here on out, note that the exact location of the barn is marked by the purple icon that the player’s indicator triangle is either near or on top of.) 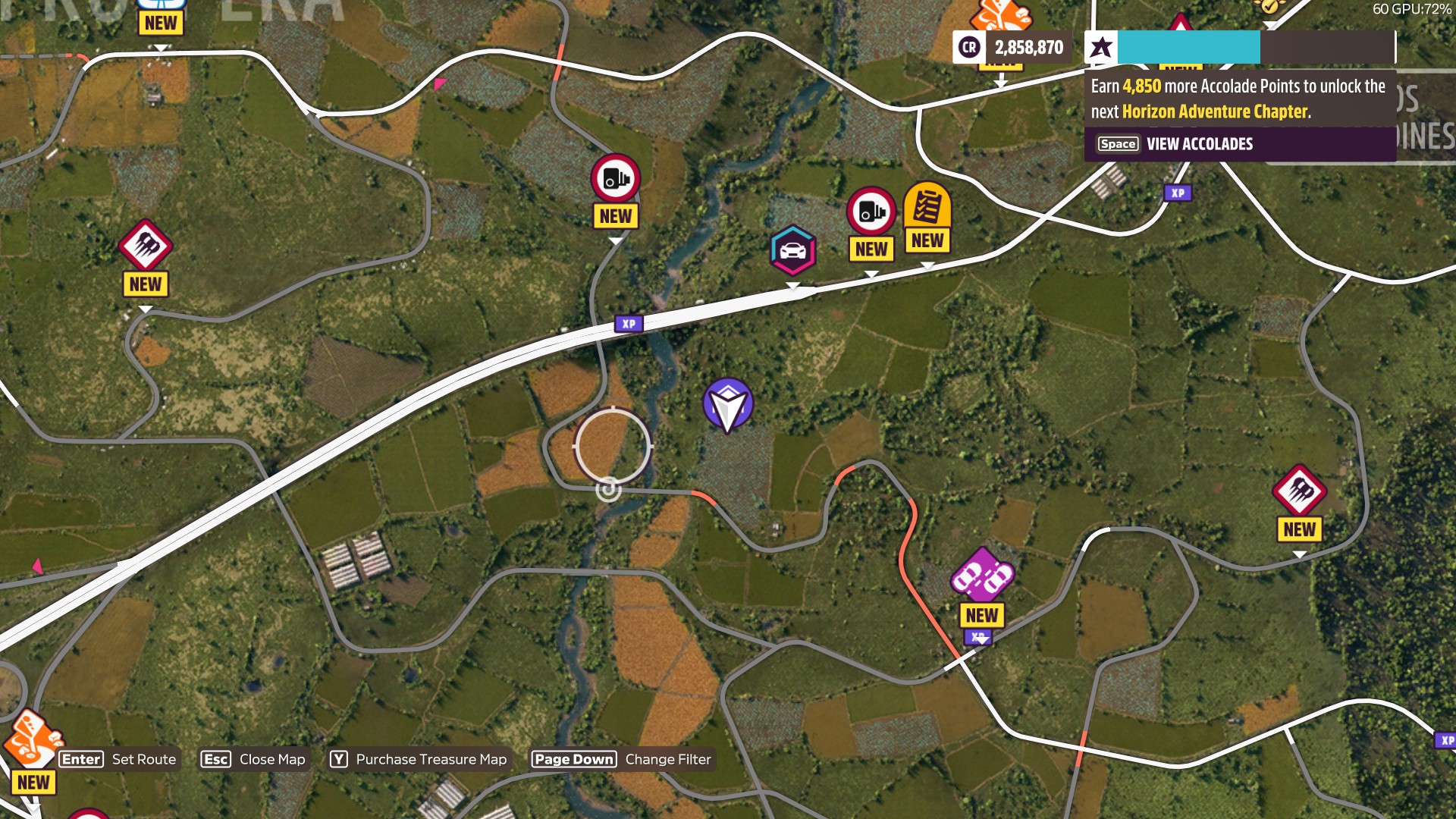 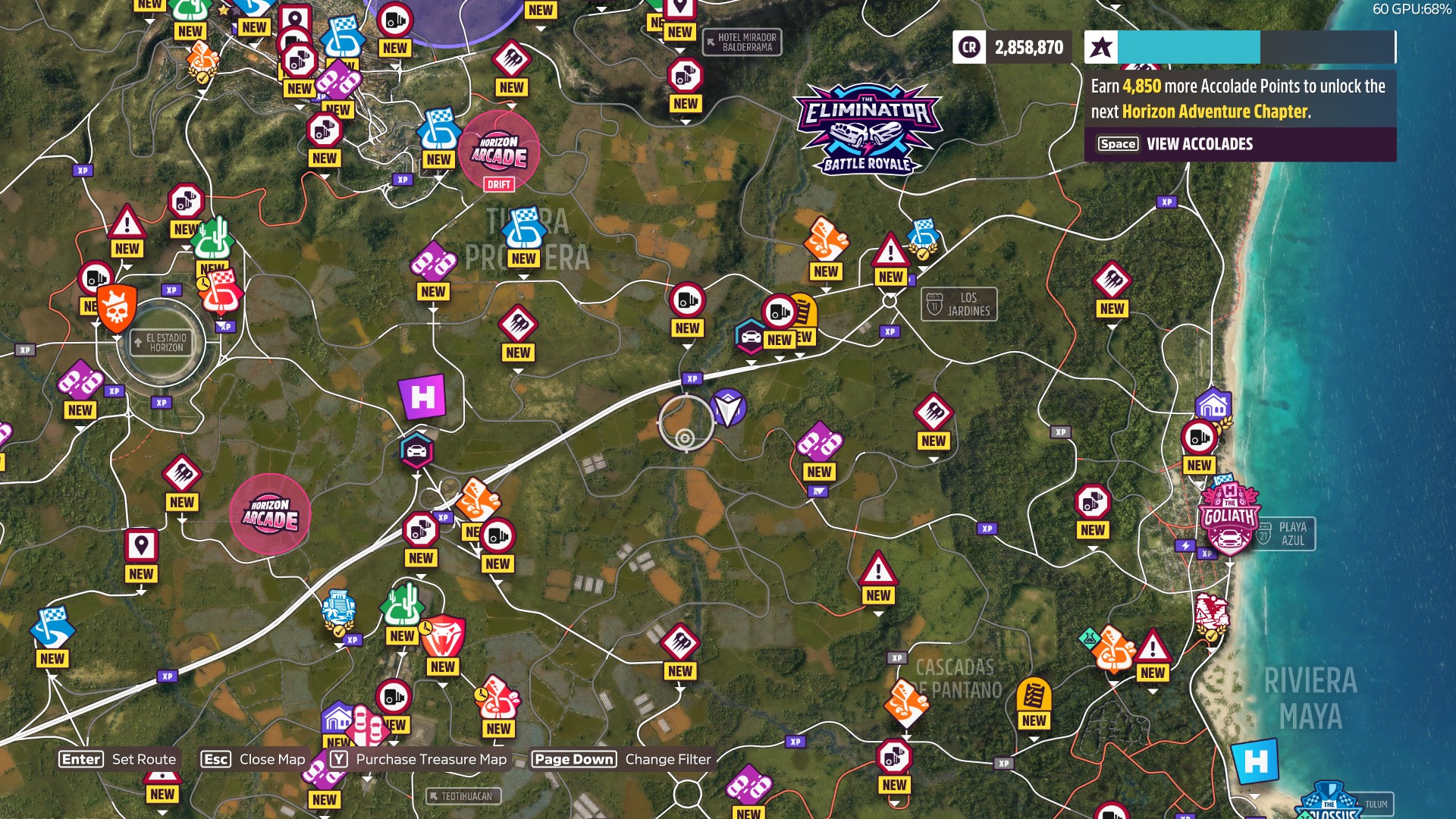 The beautiful Ford truck from 50s, the F100 is hidden in plain sight. It sits in a barn located in a farm in Tierra Prospera. Towards the center of the fields is where you can find it. There’s a road that encircles the field; simply drive off it towards the center. 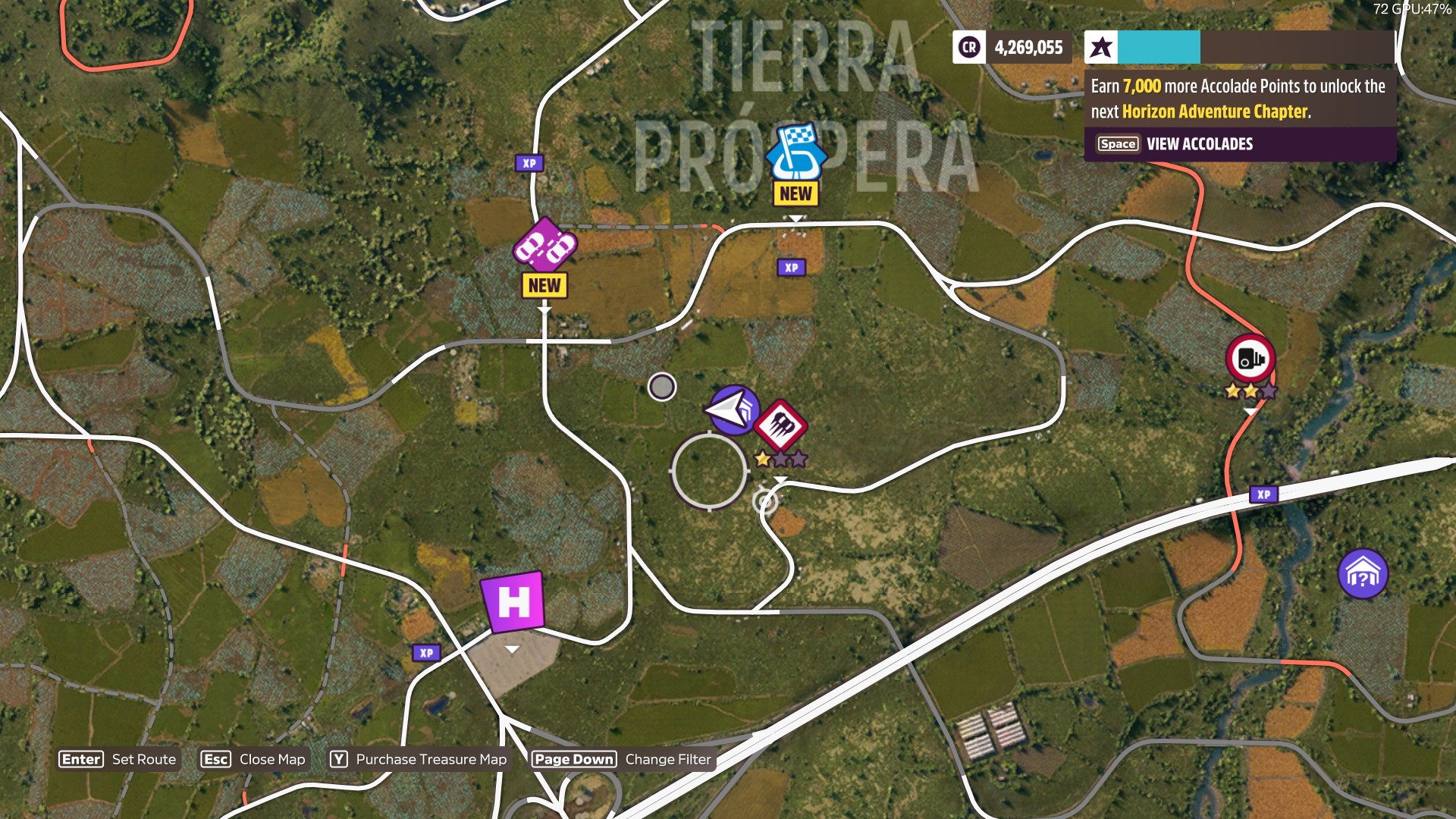 A beast of a racing machine, the Ferrari 250 GTO is quite the treasure. It’s waiting to be found in its barn that’s located south of the Eliminator meetup, and east of the big roundabout in Los Jardines. Follow a dirt road until you see faint tire tracks leading off into the green field. 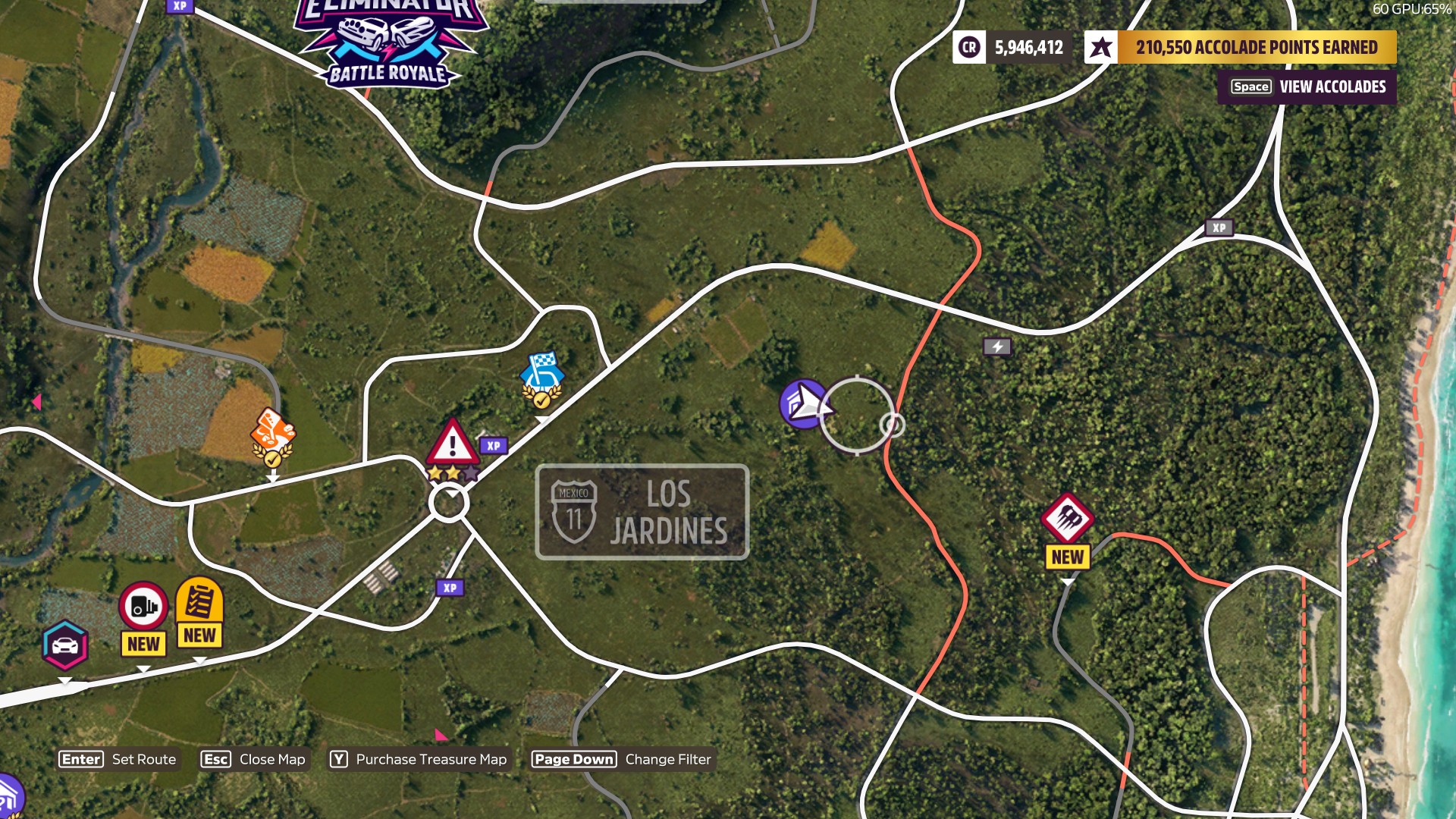 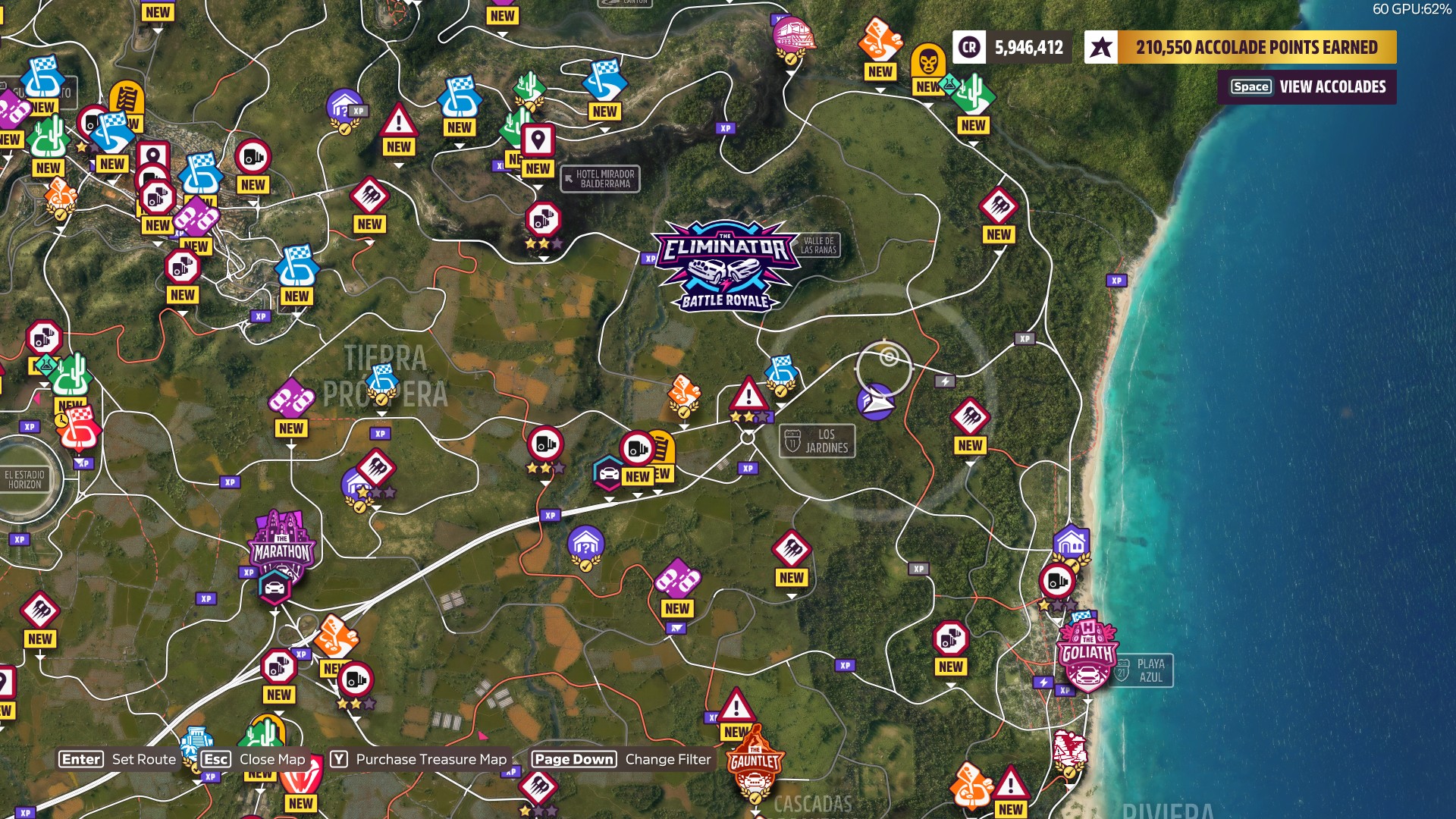 Ready to eat up the rally races is a classic Ford from the 60s. The Escort MK1 slumbers in its barn located to the south-eastern section of the La Gran Caldera volcano, near the mountain’s midsection. The second to last switchback headed towards the volcano’s peak has a trail with an XP board along it, that leads directly to the barn. 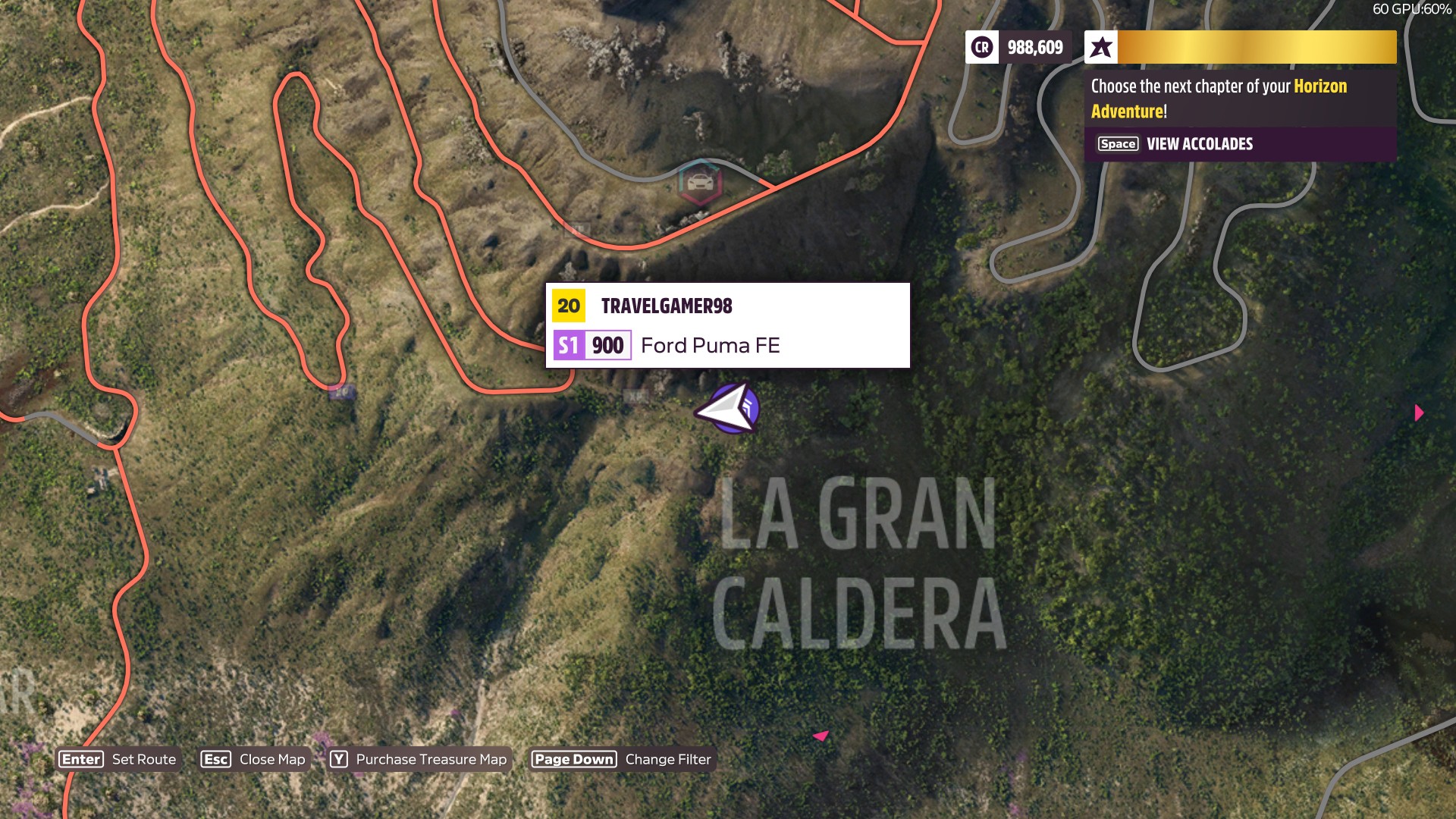 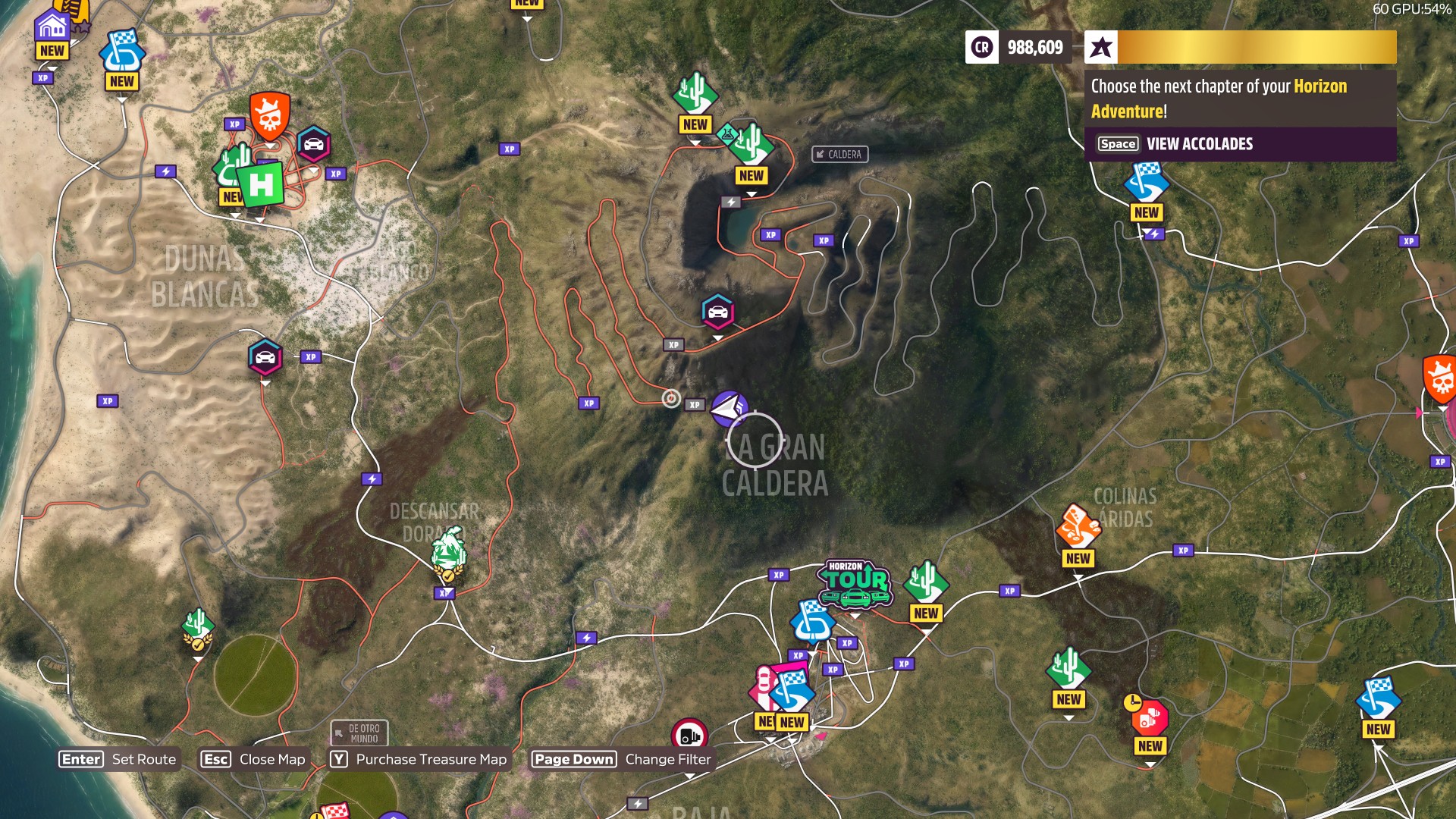 This classic version of the iconic Ford Mustang is located between Guanajuato to the northeast of that city, and Hotel Mirador Balderama to the northwest of that. To find it, simply take the road leaving Guanajuato where the rumor circle covers over until you see an unmarked trail. When you’re coming from this direction, the trail will be on the left side of the road. 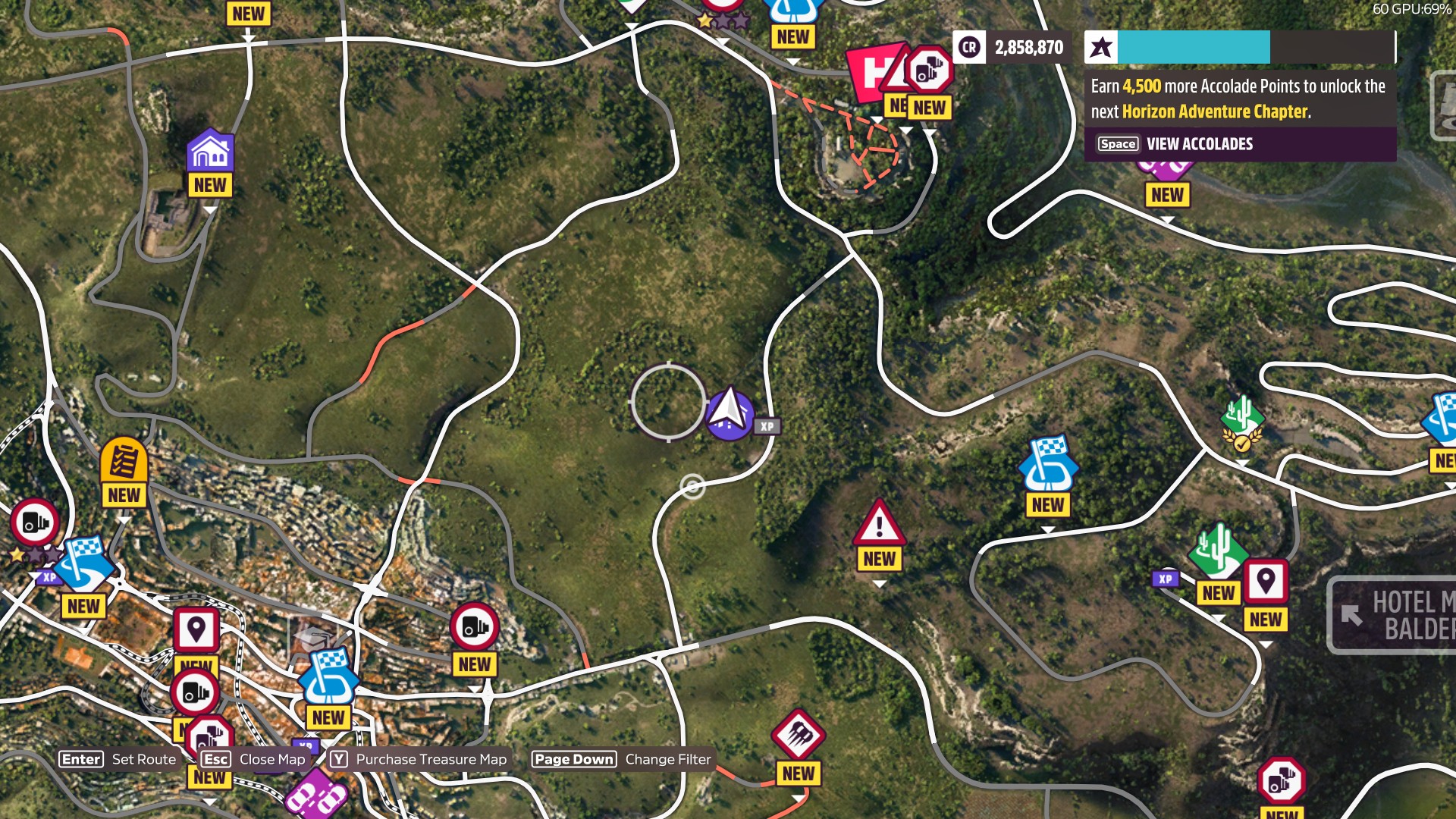 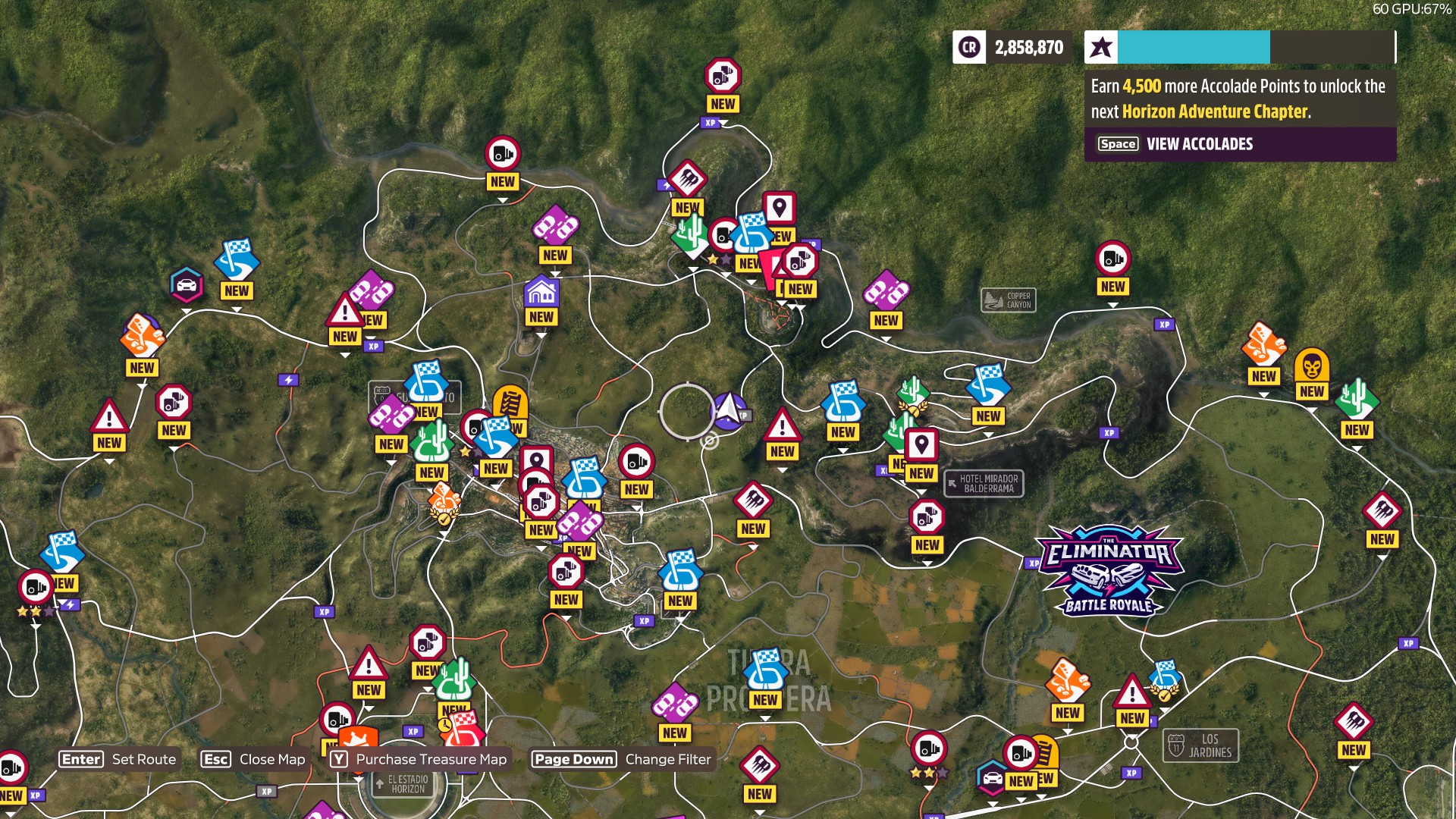 A classic take on the Dart is hiding away in the middle of a random farm that’s southeast of Teotihuacan. The southern road that runs underneath the farm has a trail that will take you to the barn. 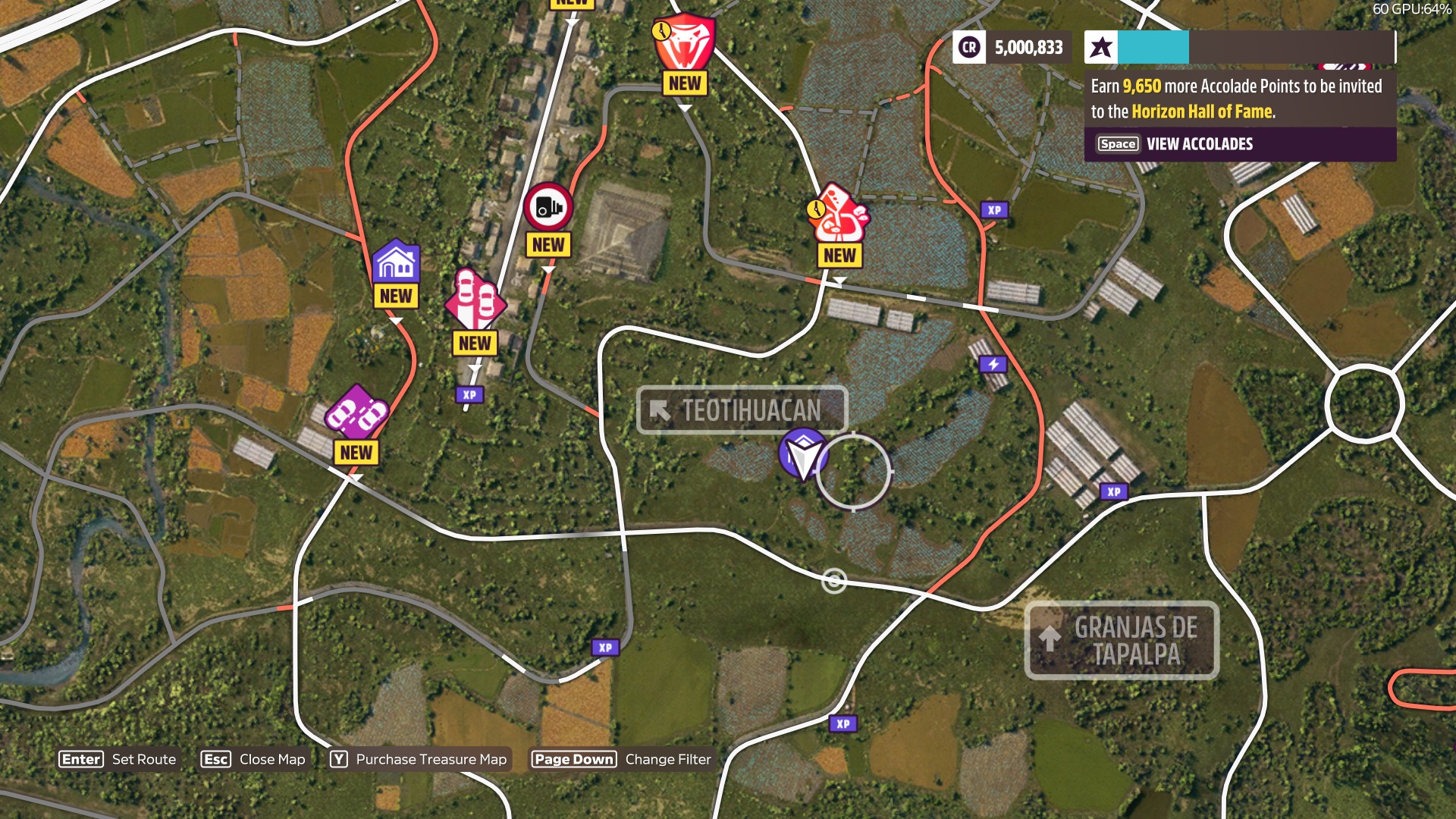 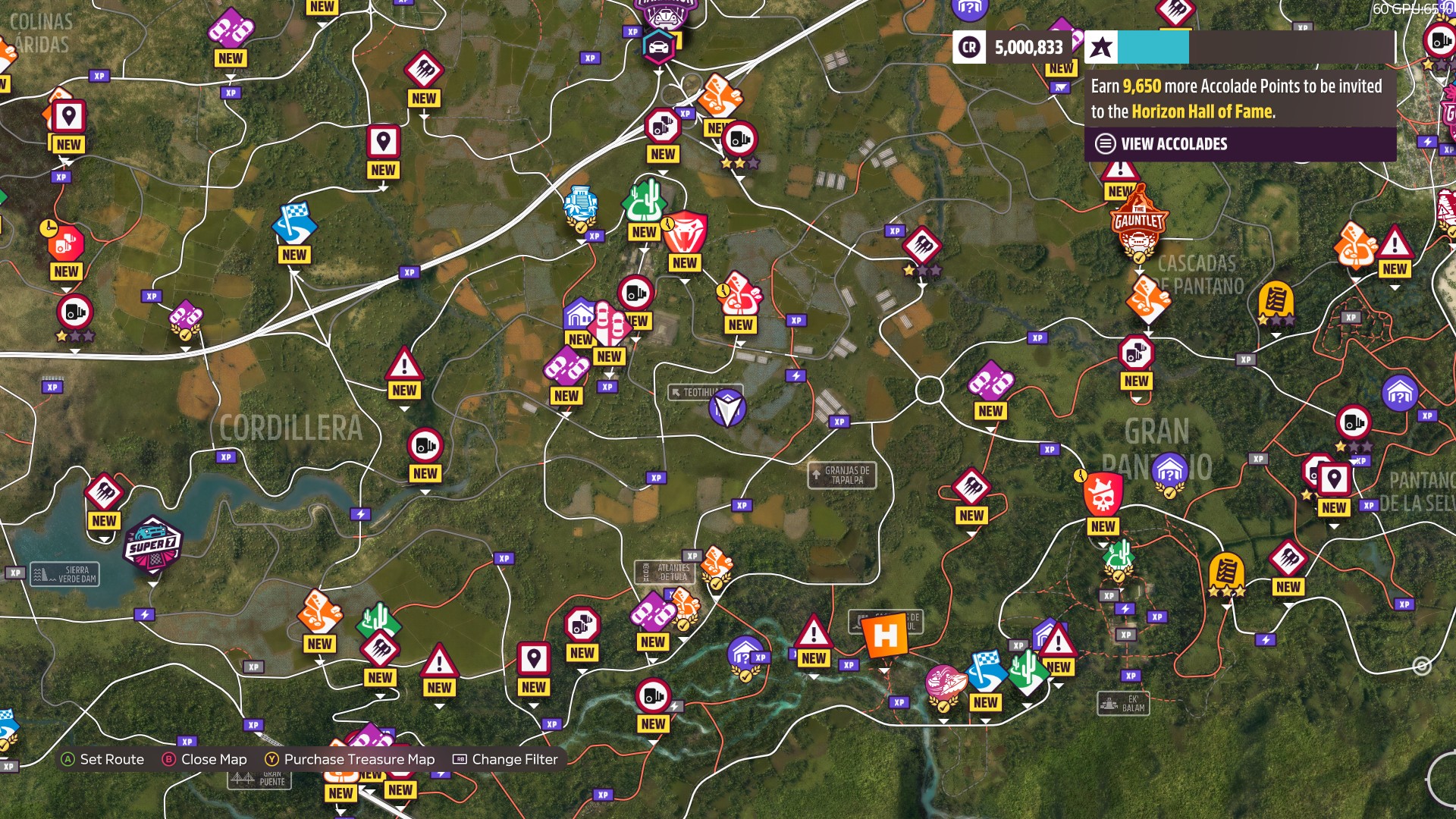 This little tike of a car is stashed away to the northeast of the Horizon Baja outpost along the road that connects the outpost to another road running east to west at the very top of the map. Near the intersection of the two roads is a big unmarked trail that has the barn containing the Renault at the end.

Yet another off-road beast, the GMC Jimmy is fittingly found in the swamps. Its barn is located south of Atlantes de Tula and west of the Cascadas de Agua Azul (the waterfalls). There’s an XP board in a small body of water that faces the barn. The marked road that lies near the falls loops around the plot of land that the barn is sitting on. 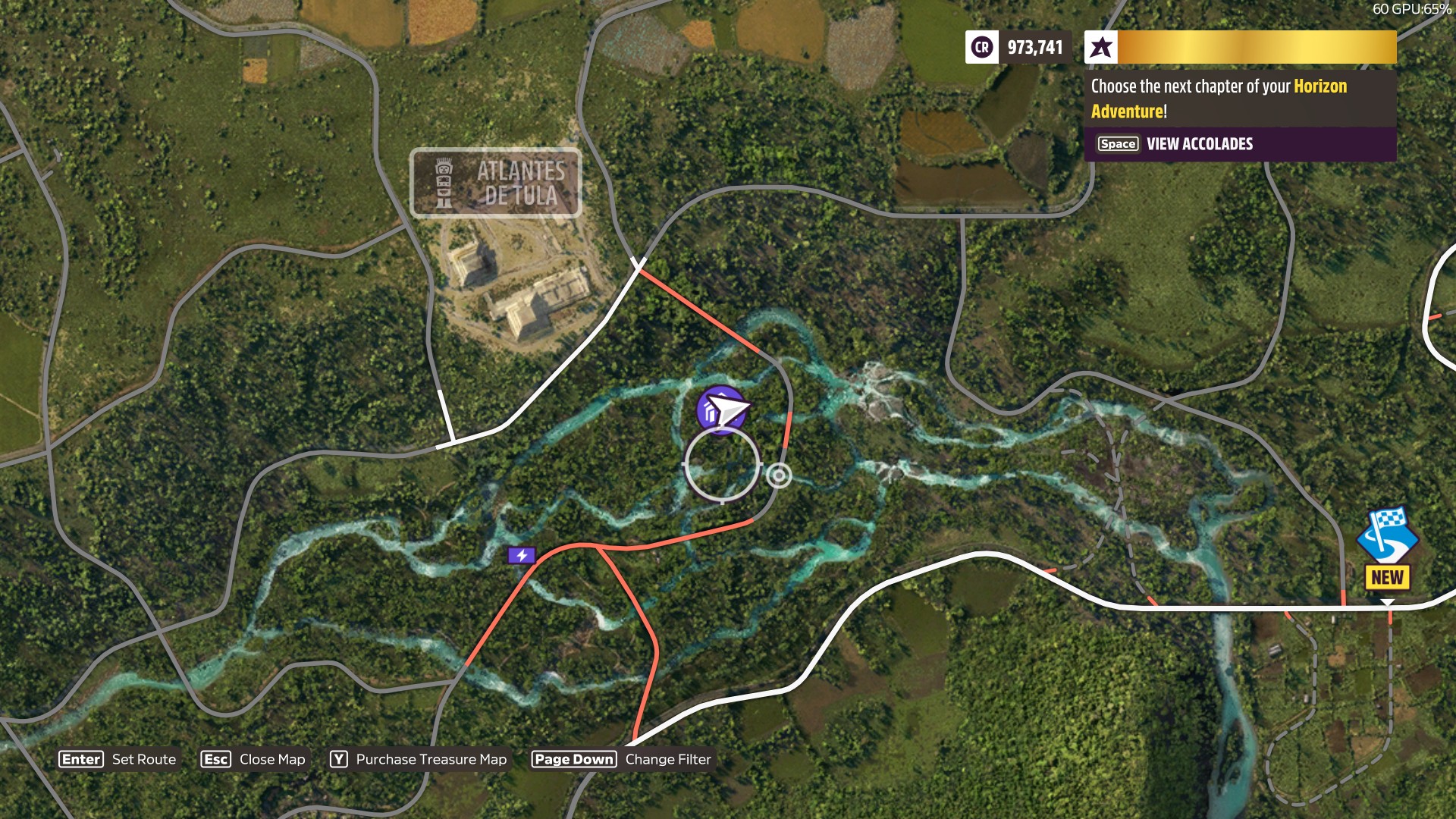 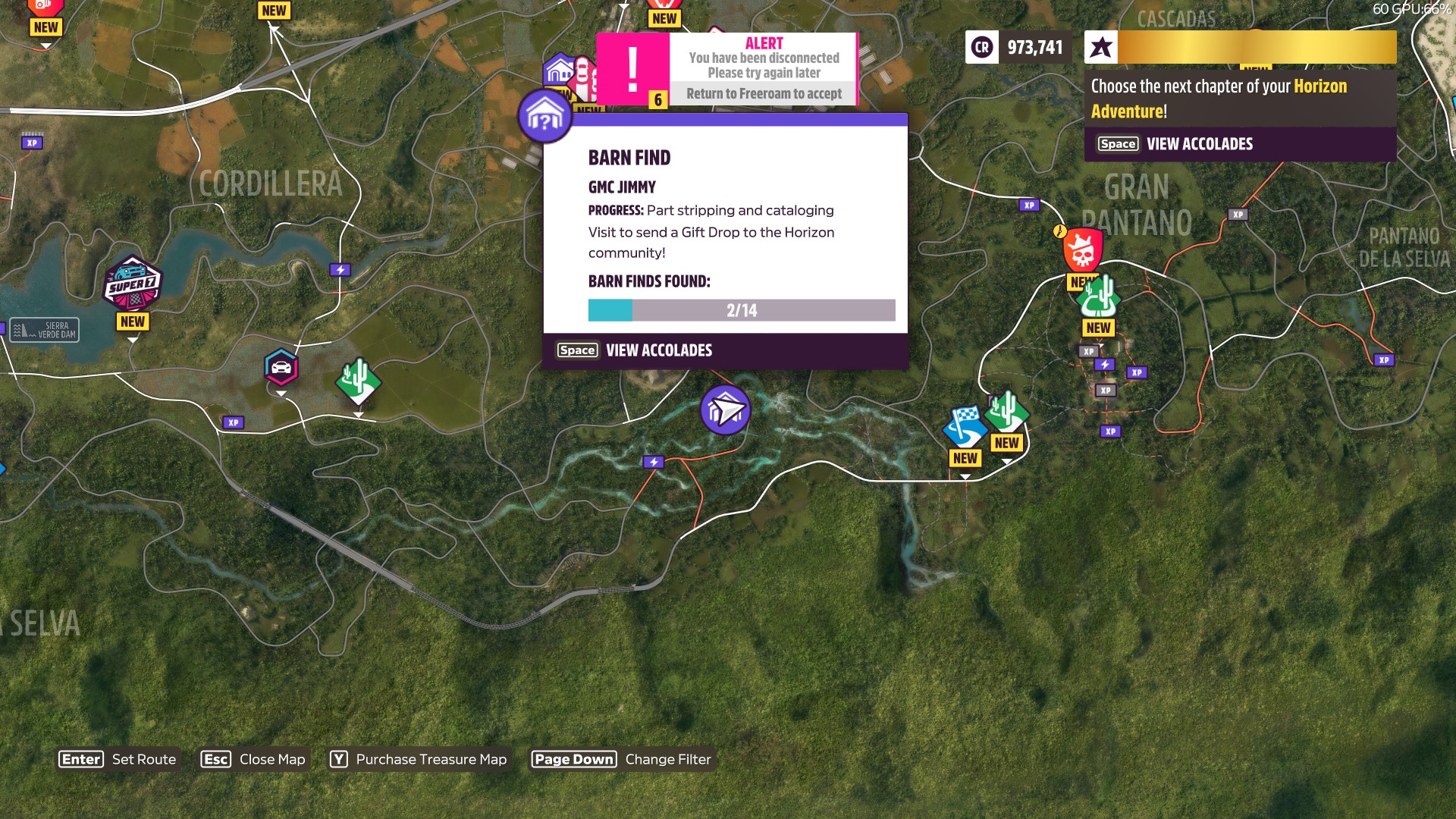 Northwest of Guanajuato is where the barn that contains this racing classic is located. It’s just off one of the more northerly paved roads that runs above the city, with the barn itself being hidden away in some trees. There’s actually a rundown farm with an unmarked path connecting to the main road; follow it to the barn which is behind the farm. 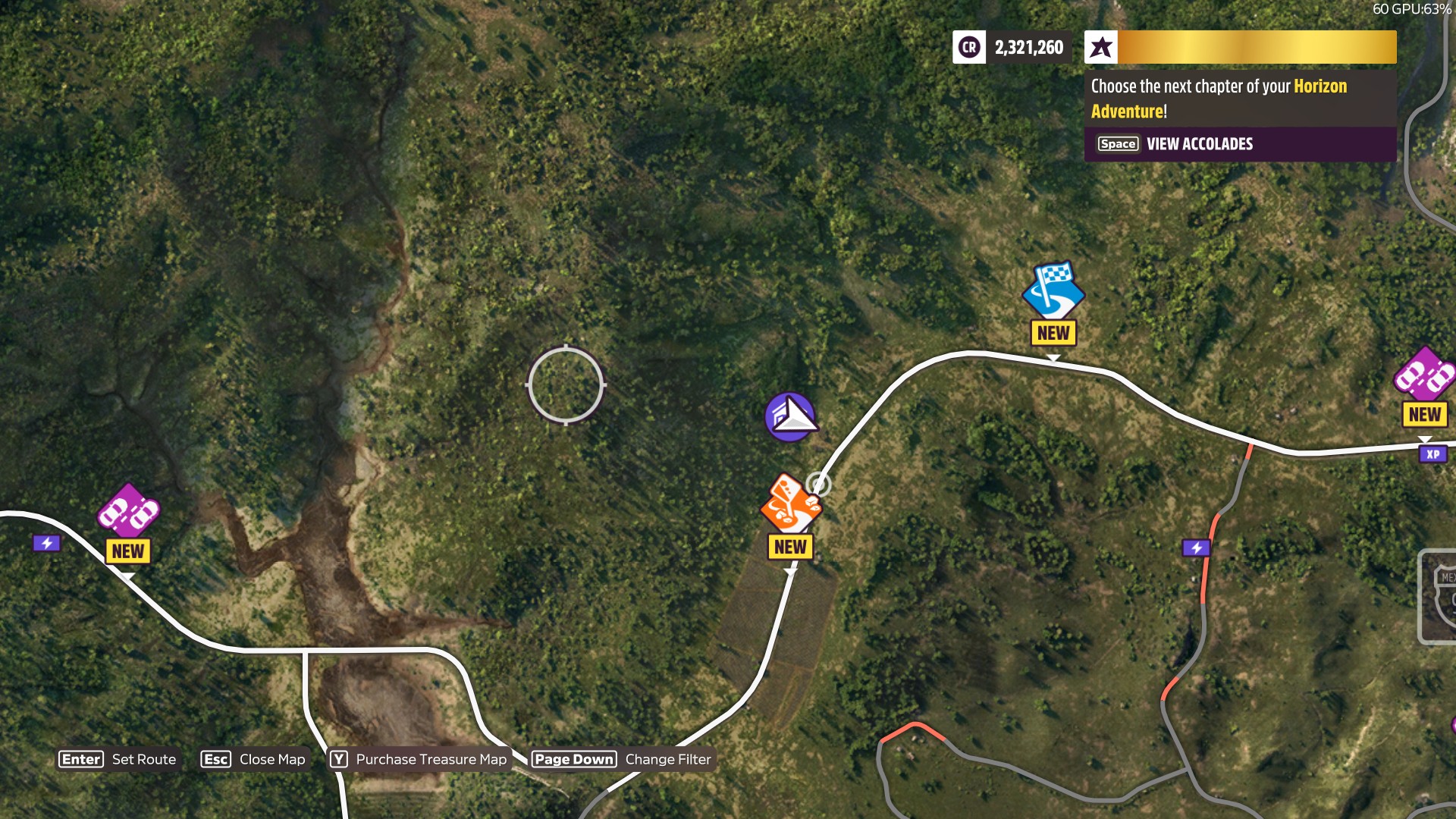 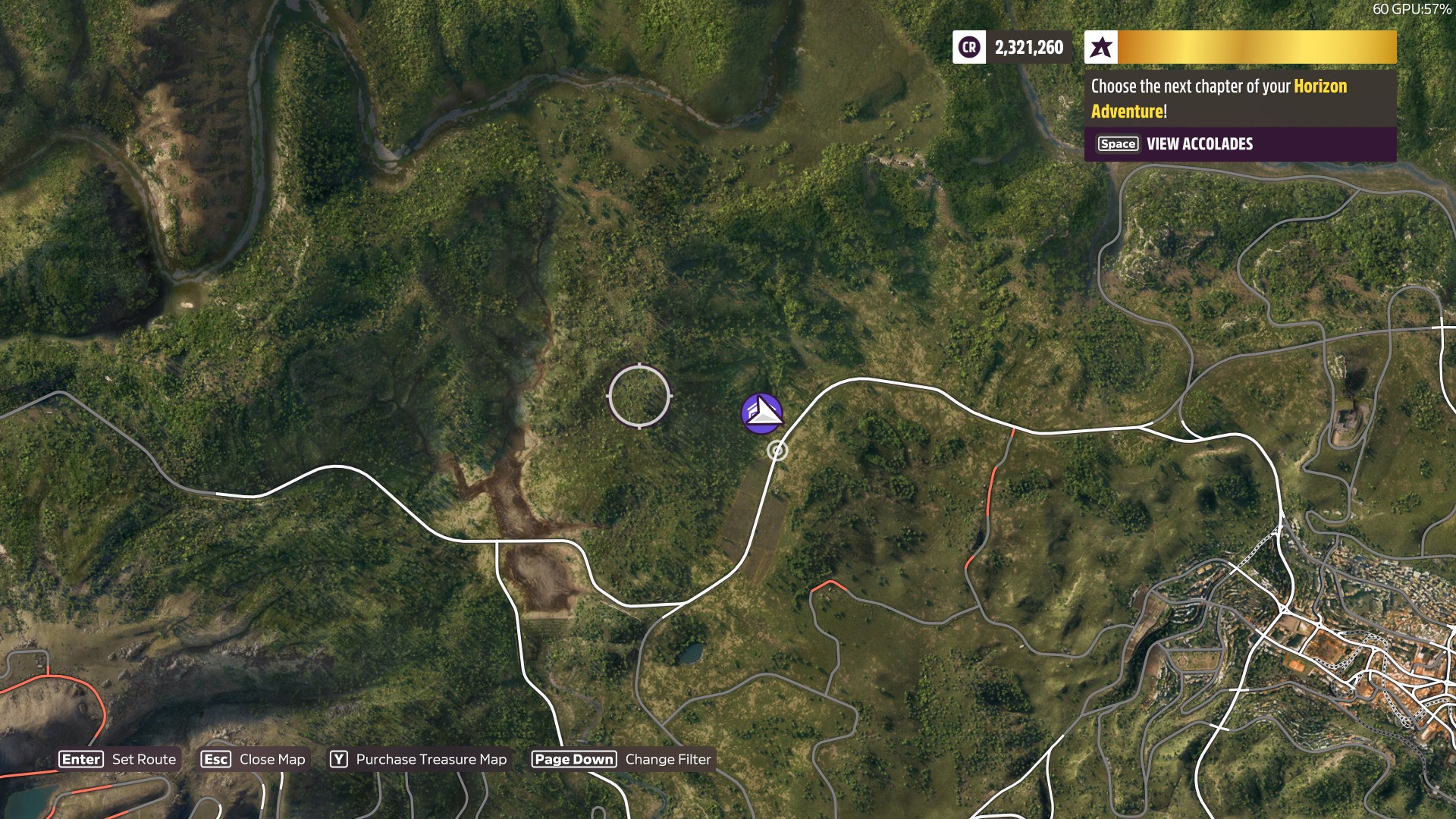 Another classic version of a very iconic design, this ’70s edition of the Porsche 911 sits in a barn located at the base of the La Gran Caldera volcano. You’ll find it in the south-eastern region of the volcano’s base. After briefly following the paved switchback that goes up the volcano, look for an unmarked trail after the first big bend. This leads straight to the barn, which is flanked by two brightly colored structures. 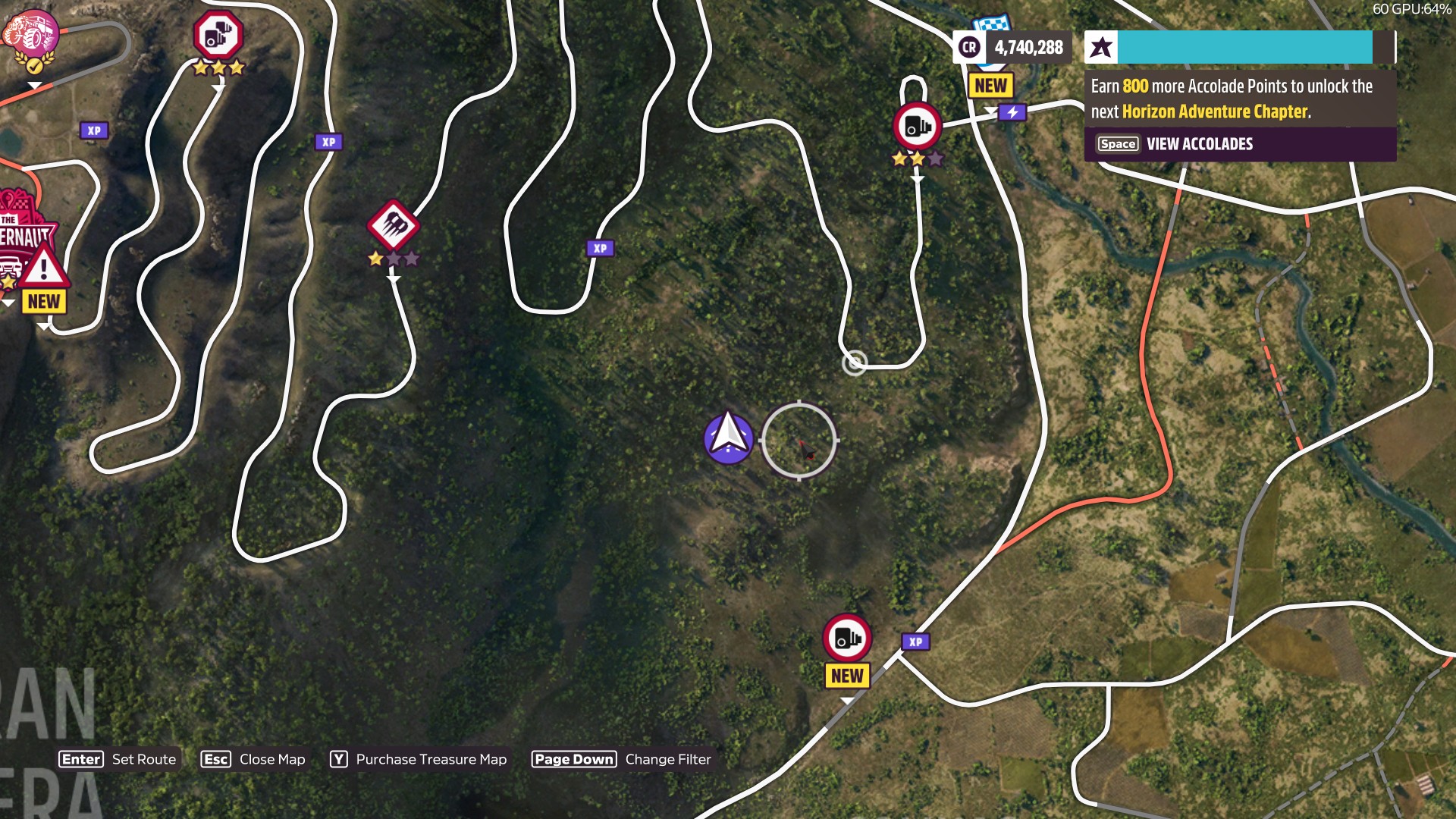 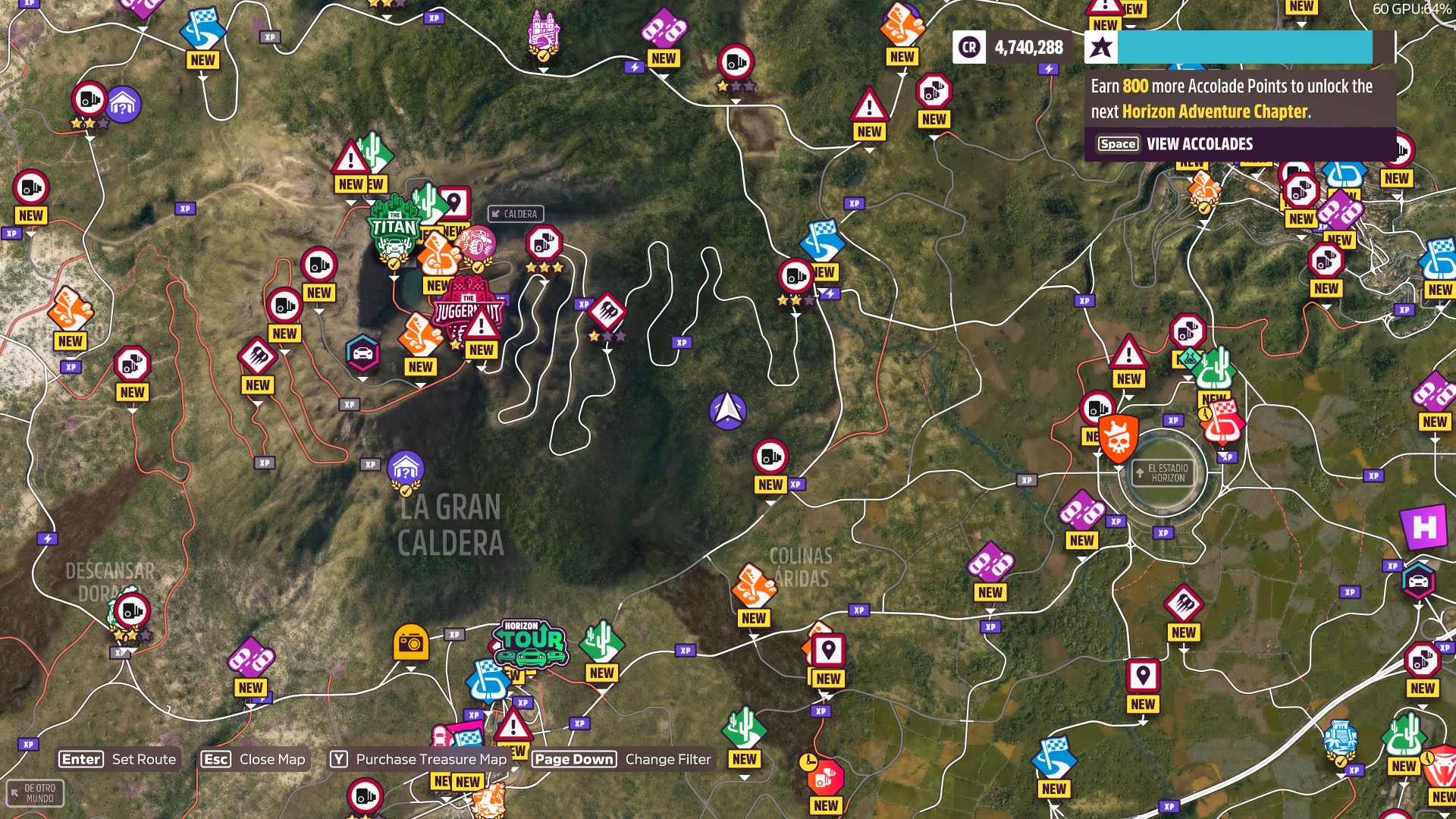 This iconic supercar is packed up to the west of the Horizon Apex outpost, near the swamps. There’s an XP board on a dirt road that intersects with another dirt road. Follow the road with the XP board north-westward and then you’ll discover the barn hidden among the trees. 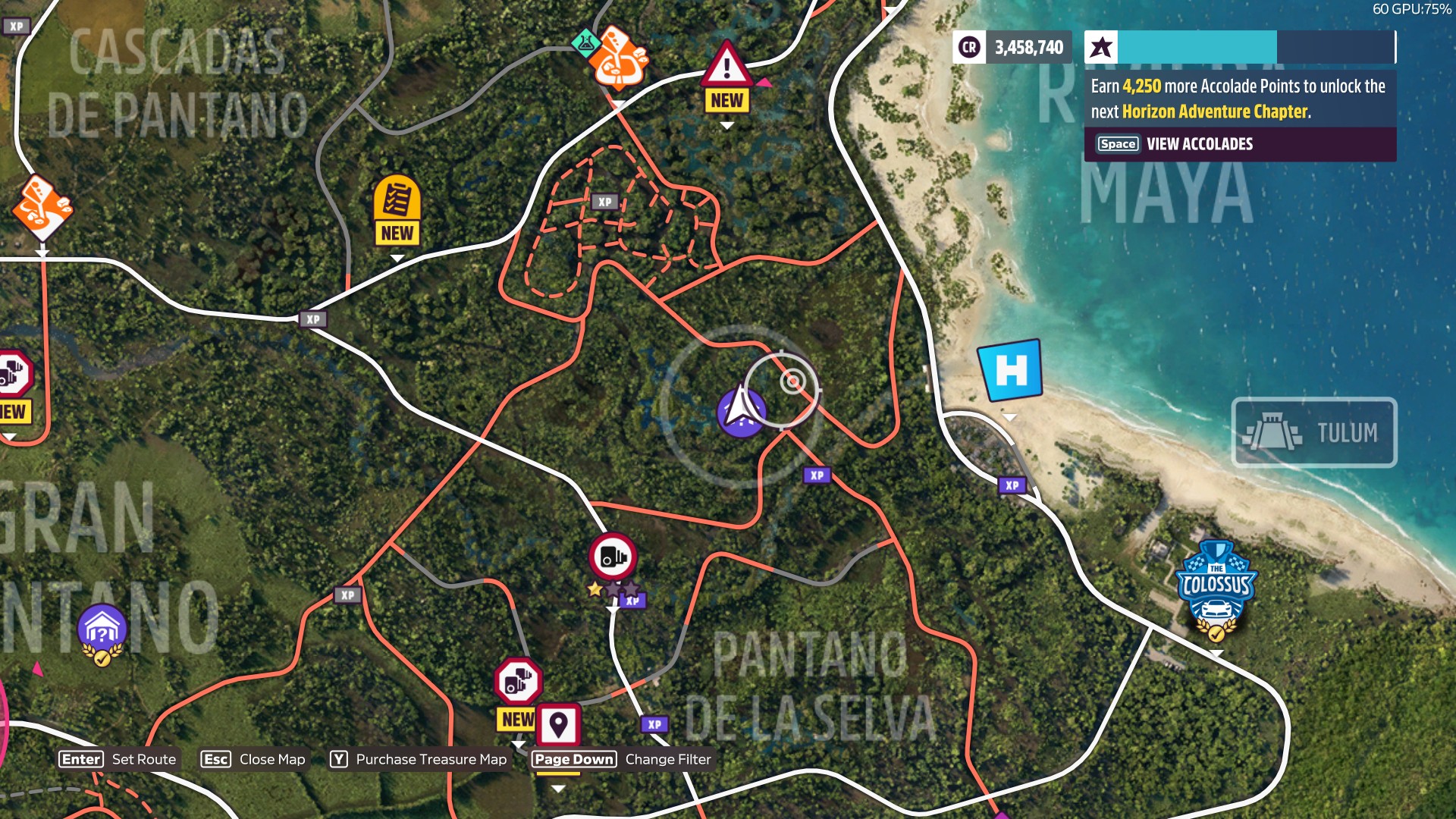 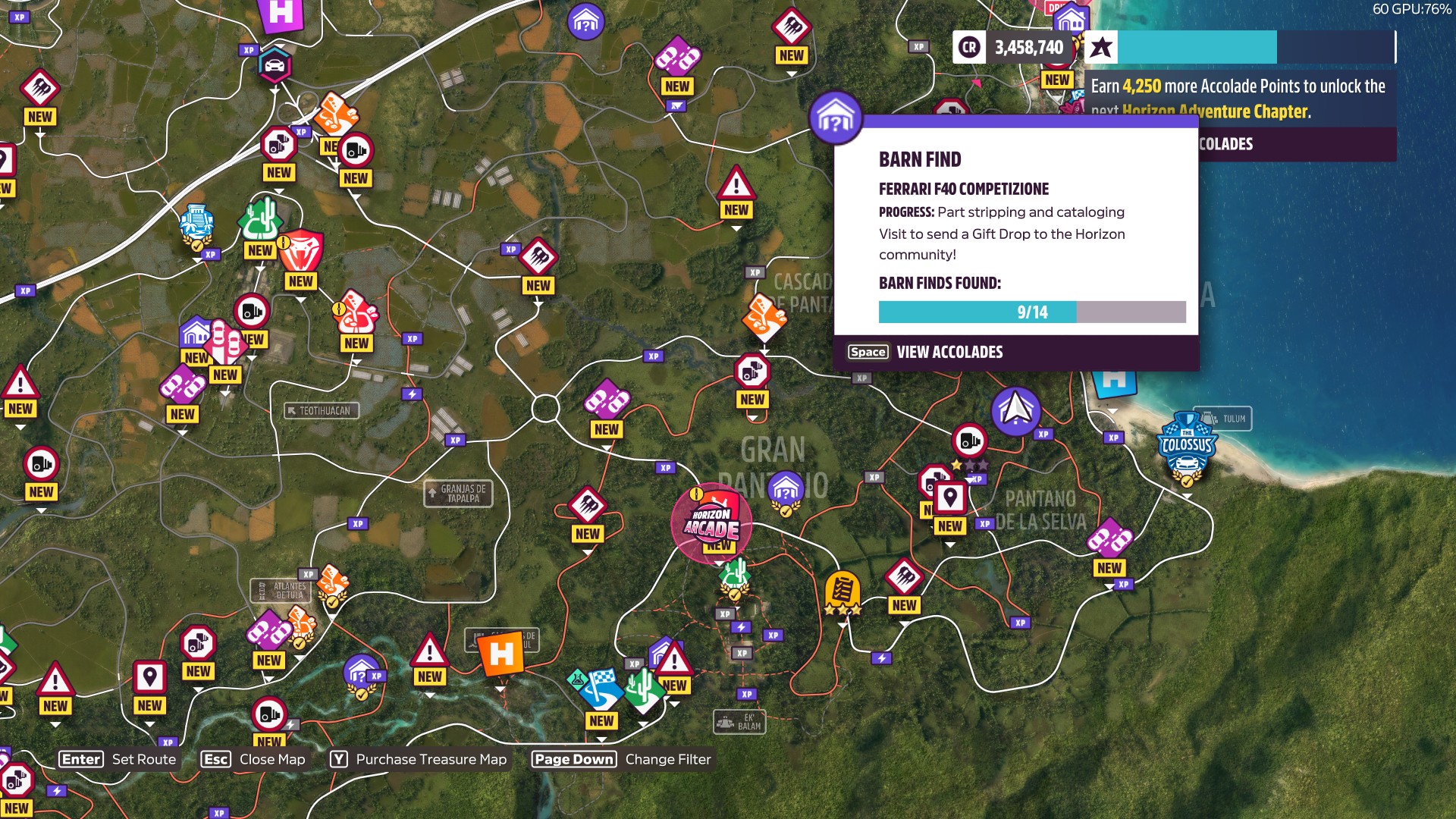 This piece of historical automobile luxury sits decaying in a barn located the very southern end of the equally decaying abandoned jungle airstrip (Aerodromo en la Salva). It’s pretty much the easiest Barn Find to hunt down since it’s almost impossible to miss.

A champion racer left to die, you can bring it back to life by hunting it down in De Otro Mundo. It sits in a barn that’s at the eastern end of one of the big irrigation (crop watering) circles. There’s two of these circles; the Barn Find sits in the one that’s closest to the golf courses. There’s a road that runs clean through the center of the circle and the barn find is at the south-eastern end of that road. 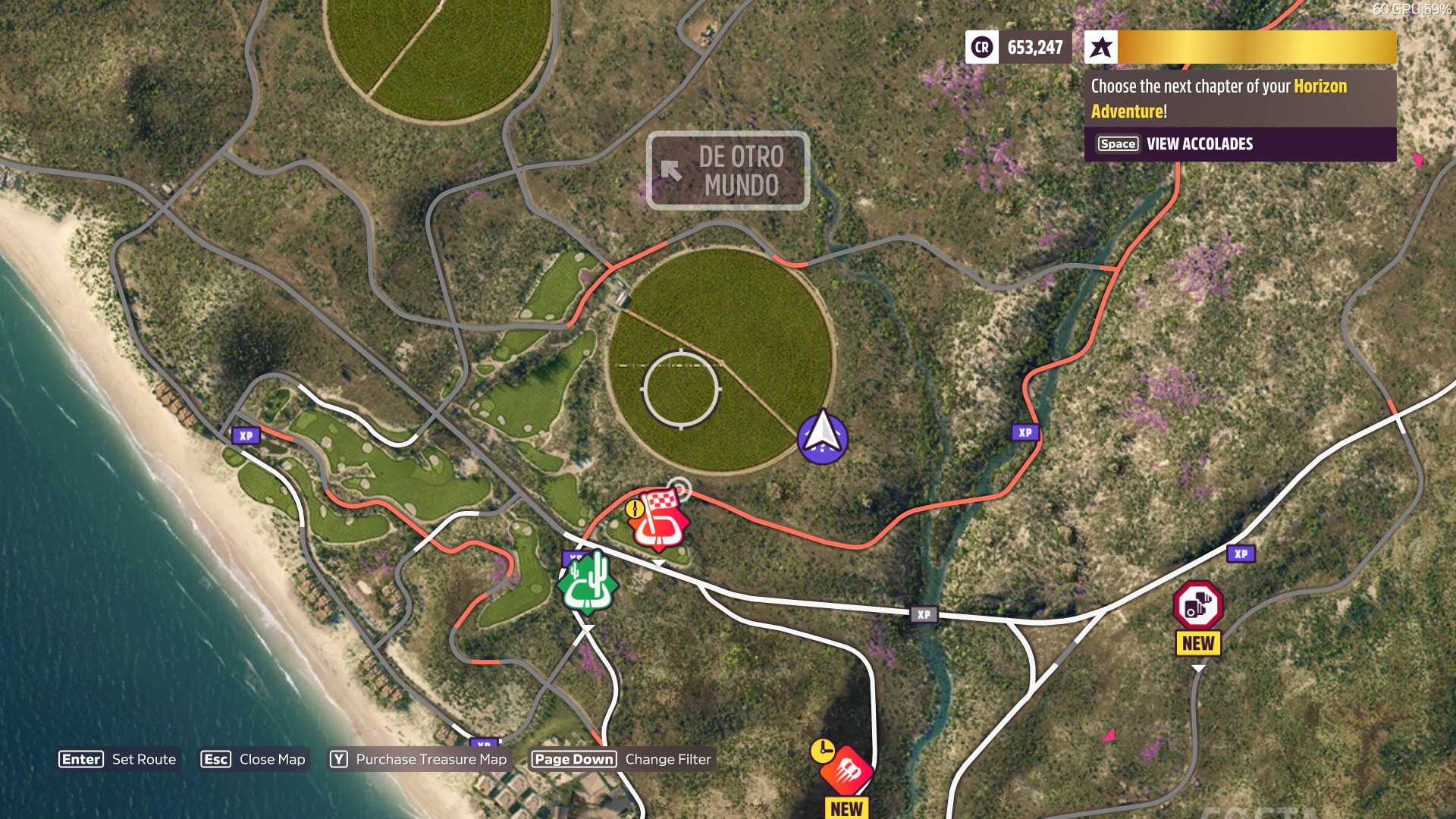 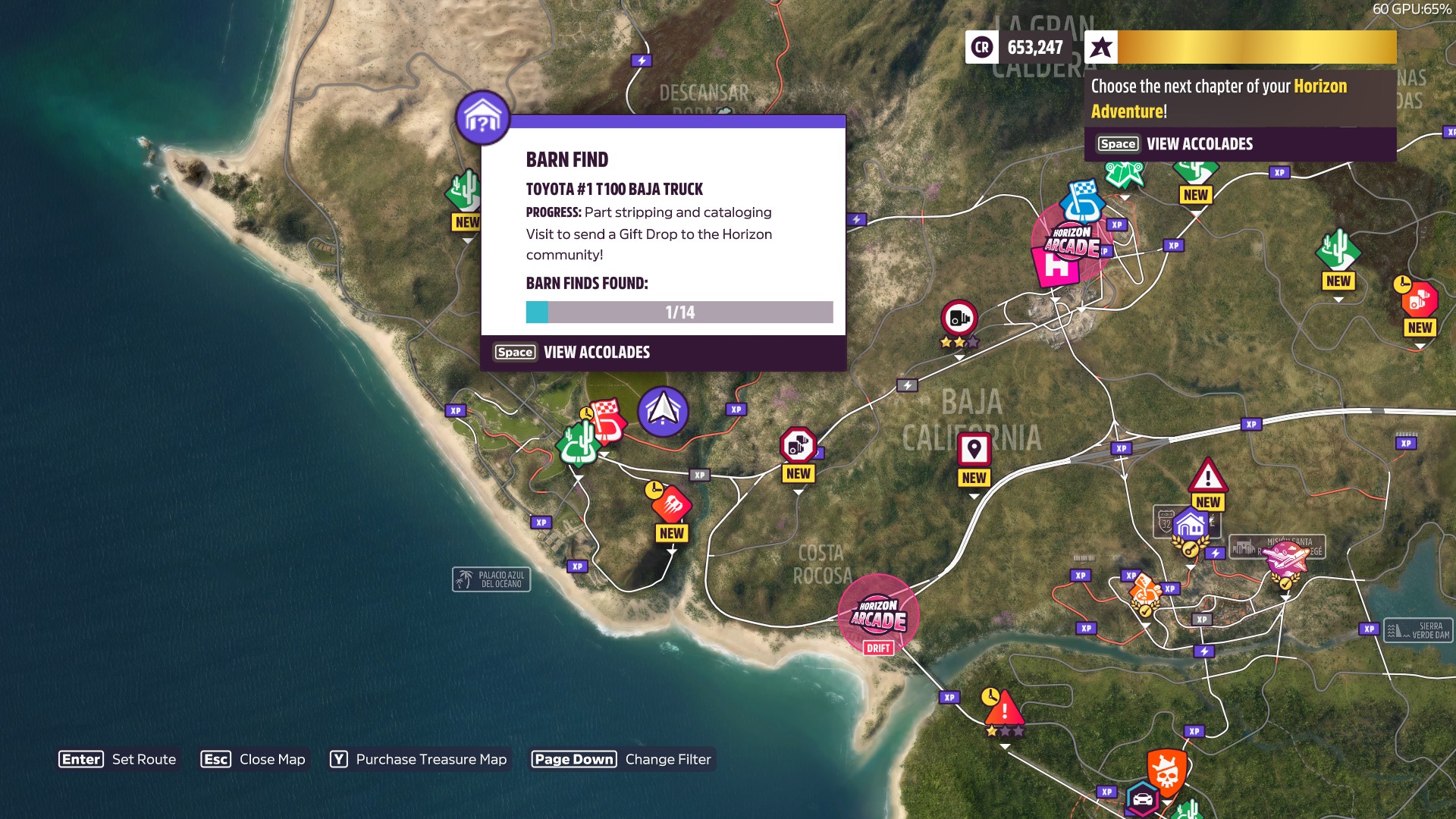 Rounding out the list of 14 Forza Horizon 5 barn finds is a Viper that arrived at the turn of the century. It looks about as old as that, too. To restore it, you can find it packed way in a barn located in Gran Pantano. Drive north of the ruins and take the dirt road that connects to the main road. There’s an unmarked trail on the first left, which then leads to the barn, covered by some trees. 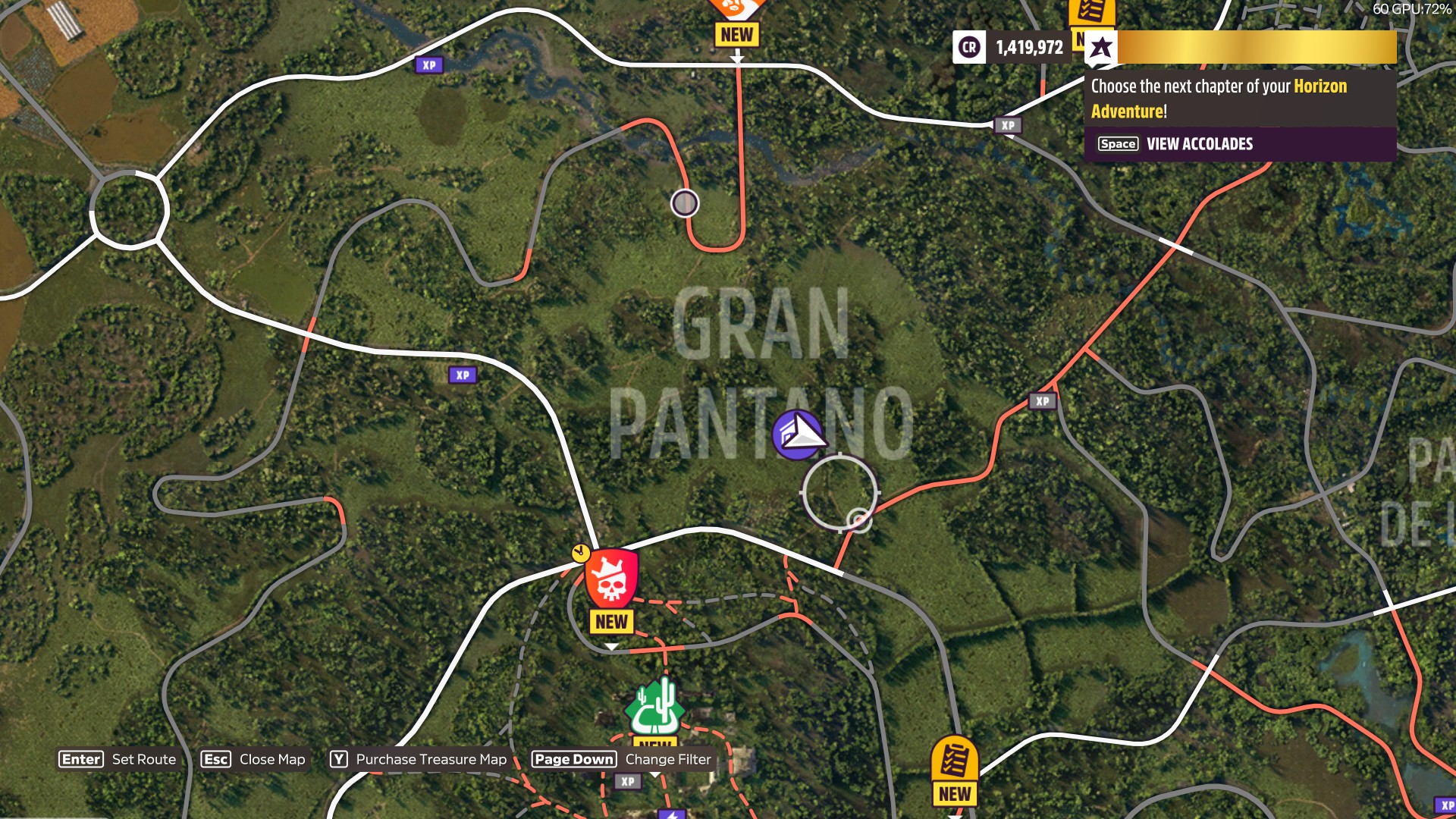 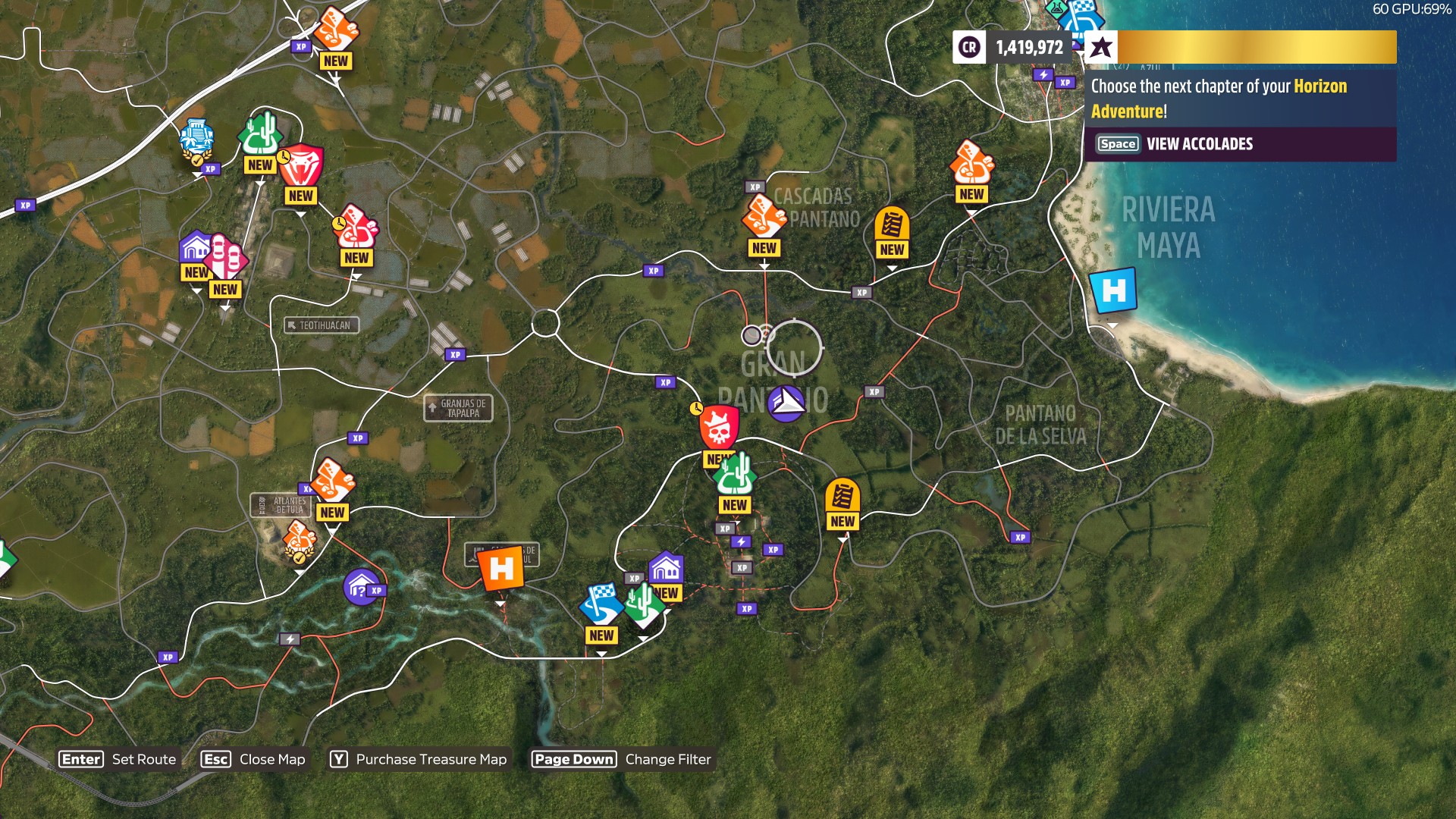 For more information about Forza Horizon 5, check out our Guides and Features hub.