Over the course of its brief history, the Forza Horizon series has become synonymous with over-the-top spectacles and sky-high action levels. Even so, Forza Horizon 5 has set a new precedent in terms of not just delivering on expectations but somehow exceeding them. It achieves all of this while giving players the perfect runway to lead into the madness, as evidenced by Forza Horizon 5‘s intro.

Horizon 5‘s Mexico is pretty big; the biggest map in the series. So, what better way to get players acquainted than giving them a dynamic tour? Sure, all that could be done with some pictures and a look at the map, but instead you get taken on a journey in the most bombastic way possible. Or rather, in typical Horizon fashion.

First off, the game opens with you speeding down the side of its prominent set piece, La Gran Caldera volcano, in a Ford Bronco after just being dropped out of an airplane, which then sets the tone for the next few minutes.

From then on, its pedal to the metal as you swap cars throughout each of Horizon Mexico’s locales, including tearing up the swamp and jungle, zipping through a mega dust storm in the desert, and then it all culminates with you rocketing towards the main Festival site all while racing the very cargo plane that’s been dropping the vehicles you’ve controlled up until this point.

Racing into the Festival, you’re quickly introduced as the “superstar from Horizon UK,” a callback to the events in Forza Horizon 4 (which is running concurrently in the in-game universe, surprisingly). Then, it’s a seamless swap to the character creation screen, and once you’re done, the new “you” is introduced to Hailey, the director of the Festival, Ramiro, you’re go-to local expert and all-around bestie for most of your adventure, and a few of the other colorful cast members. They all play very distinctive roles throughout the game, and it doesn’t take long to realize that they’re played very well.

An introduction to the awesomeness ahead

Not even 15 minutes have passed, and just from a few short races mixed with some seamless transitions, you’re given most of the information you need about what your experience in Forza Horizon 5 will be like.

Series veterans will feel right at home after going through this initial intro, but what really impressed me was that I tried to look at it from the perspective of a newcomer. Horizon 5‘s intro is very tongue-in-cheek when looked at from the grand scale of the whole series.

The cast treats all of the aforementioned theatrics — like the volcano run and airborne car drops — as run-of-the-mill, everyday happenings. The dialogue is very self-aware and meta, but not in a pretentious way. For fans, it feels, looks and sounds more than okay. But, for a newcomer, you may be asking yourself: “What on la tierra did I just get myself into?” And that’s why this opening is perfect.

Very quickly you’re told what Horizon is all about, and you’re handed the keys to the map to experience it all from any angle of your choosing. Yet, considering the sheer density of this map in terms of both technical scale and amount of content, the whole package is unraveled in a surprisingly cushy, easy-to-absorb way. When I consider the amount of open-world titles there are, including a decent number of open-world racers out there nowadays, I’m so impressed by what Playground managed to do with Forza Horizon 5‘s intro. 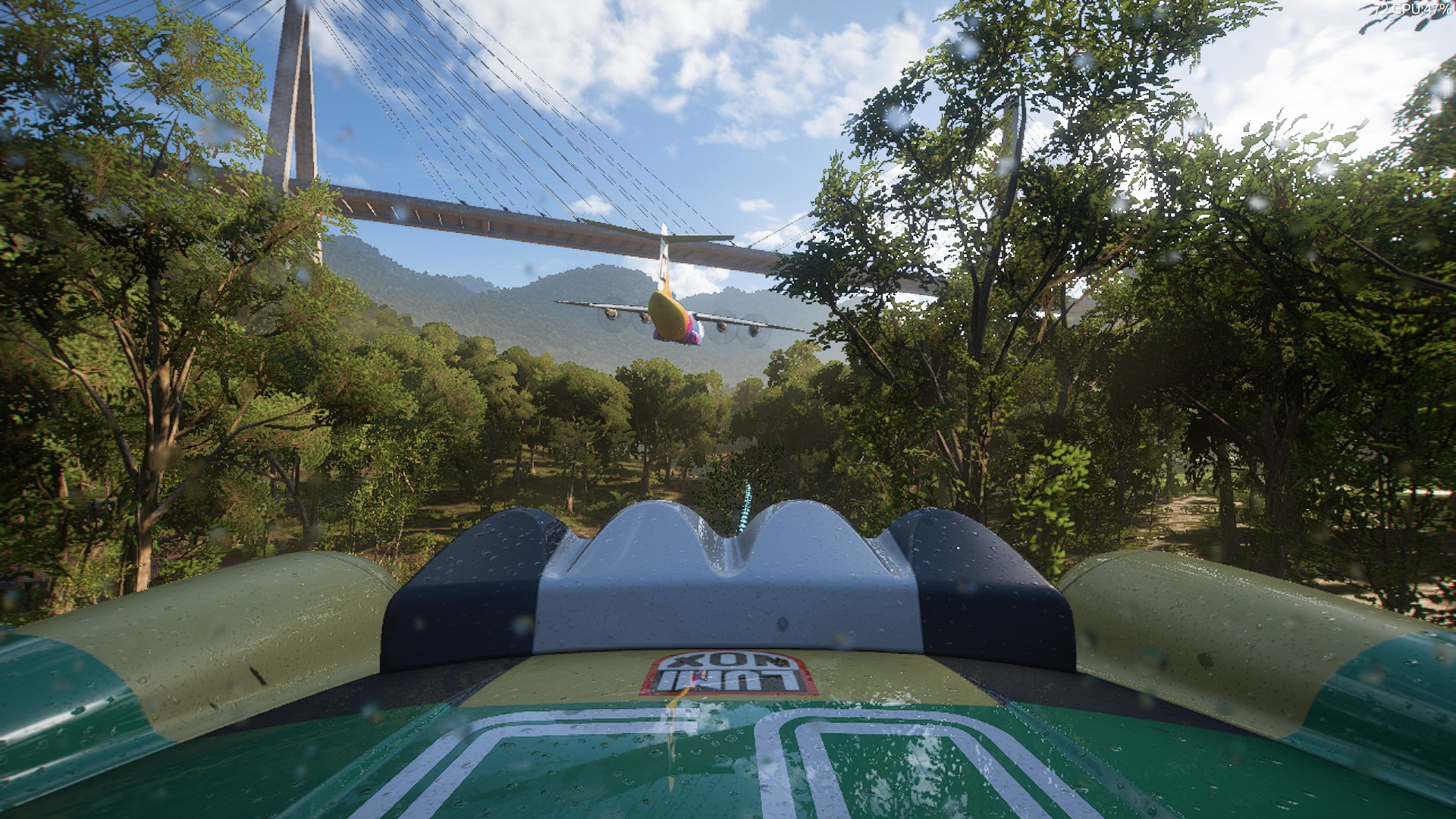 It’s like watching a fireworks display get progressively more bombastic and extravagant. It starts off relatively tame, but by the end of it you’re just overwhelmed with the colors and explosions that just get more grandiose by the minute. And that’s exactly what playing Forza Horizon 5 over the course of a few hours felt like. It doesn’t take long before the map is populated with all sorts of icons, but it’s not just dumped on the player and then they’re simply told to “figure it out.”

From moment one, you know that the following dozens and dozens of hours will be populated with experiences only semi-grounded in reality, and you won’t have to wait a hot minute for it all to “get good.”

Quite fittingly for a racer, Forza Horizon 5 presses the gas down to the floorboards immediately after the intro. Not just in terms of the on-screen action, but even throwing high-powered cars and oodles of money your way to enjoy yourself with. You don’t have to wait to get the “best car” or spend forever grinding away at the same races to build up a bank to finally get something worthwhile to drive. It’s all about fun, adventure, and the freedom to access it all at your own pace, and you’ll know that just minutes after pressing “Start” for the first time.

This is how you introduce players to a new adventure, especially a racing one. And it’s easily one of the best setups I’ve seen in a game to date.

It shows just how much Playground has grown with this series, and how established it’s become. The execution is so well that, for all intents and purposes, the Horizon festival looks and feels perfectly believable and attainable. Of course, a real-life event wouldn’t be able to dream of pulling off 95% of the wackiness that the in-game brand is responsible for, but it’s portrayed in such a way that it almost makes you wonder… “Well, why not?”

It’s an adventure out there

It’s no wonder why the tagline for this entry is simply “¡Go!” That’s all you’ll need to keep in mind throughout your adventure in Horizon 5’s Mexico. ¡Go! race some fast cars. ¡Go! venture deep into every crevice of the map. ¡Go! meet each member of the cast. ¡Go! take over 600 photos in under a week (don’t ask me how I know this). ¡Go! create some awesome decals and killer car tunes for the community. 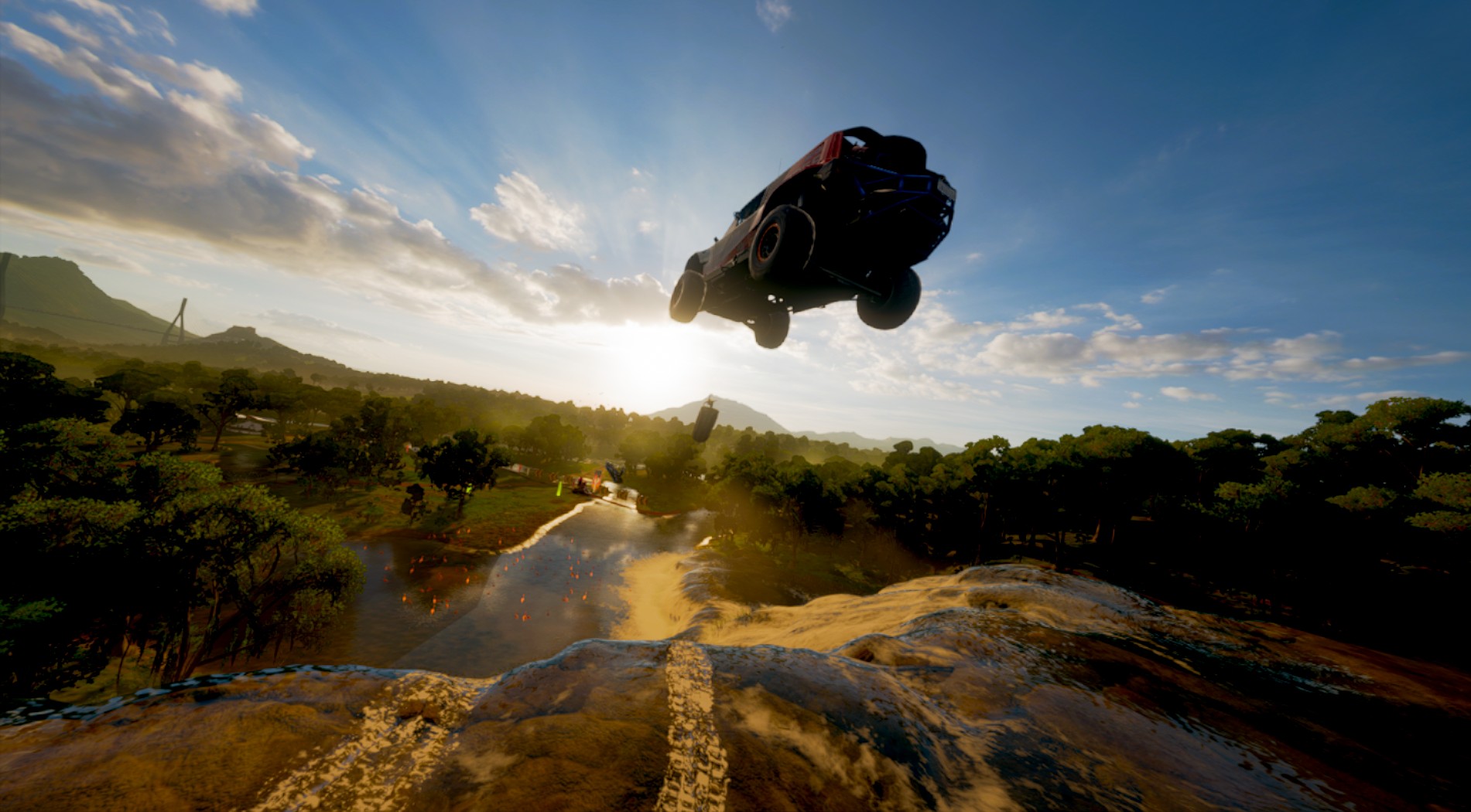