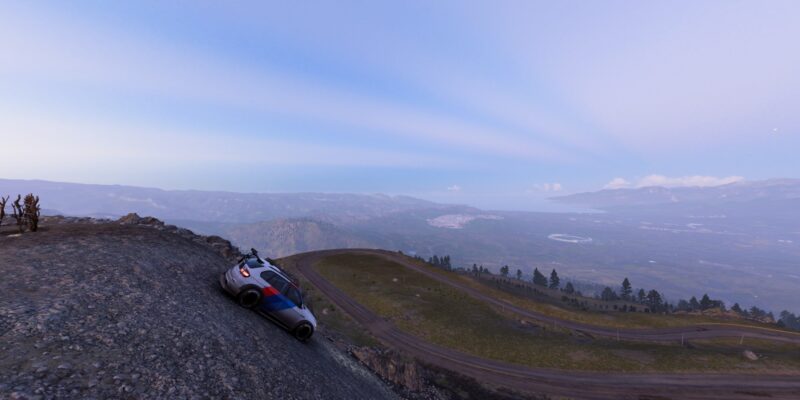 In the near-decade since the first in-universe Horizon Festival debuted, its prominence has only grown substantially throughout the years in terms of pomp, pageantry, and astronomically high stakes. But while the events at Horizon have certainly gotten more wilder, as clearly evidenced by Forza Horizon 5’s stellar volcano descent opener, the latest entry in the series has also taken the time to, rather surprisingly, slow down and take in the sights that its host country of Mexico has to offer. With this higher attention to detail now properly established, a new bar has been set for the series in terms of world building. That begs the question: what is the next country that would “fit the bill”, so to speak, when it comes to Forza Horizon?

There’s obviously a whole lot of racing and chasing around Horizon 5’s virtual rendition of Mexico. Playground Games has also peppered in a lot of extra layers of depth throughout the several different Horizon Story events that flesh out not only the characters, but the land in which they call home. Yet, the focus is still very much on romping around the host country in often unconventional ways. It’s  clear that Playground also wants players to form a deeper attachment to the map, treating it more like a secondary character of sorts rather than just a backdrop. All of this makes me very excited to see not only where the next Forza Horizon goes, but also how much of the host country’s rich history and culture that the game will explore.

What’s the next country for Forza Horizon?

Back before the initial announcement of Horizon 5 back at E3 2020, the series’ next country was heavily rumored. While the main rumored detail of the formerly-mystery country being a Spanish-speaking nation did turn out to be completely true, there was still the matter of figuring out which one. Another potential suggestion was that of the US territory of Puerto Rico, for instance. As I mentioned in my piece about the world rumors, Puerto Rico would’ve been a great map from a technical standpoint; but I completely ignored the cultural and historical value at the time. That’s because Horizon 5 is the first in the series to really lean in so heavily on such themes, which makes the next country of choice all the more interesting.

With Horizon 5, Playgrounds has put a larger emphasis on interaction with the cast and deeper focus on the locale’s culture—a welcomed change that should be further explored in the future.

Just about every country in the world has a very rich history to it, no doubt. Some are certainly more well known than others, but they all have fascinating roots and customs, just like Mexico does. But, with these newfound markers in mind, it can be argued that Playground may very well choose to explore countries with truly exceptional stories to tell. In addition, the developers no doubt desire to show off stellar advancements in complex and technically-impressive map building, such has been done with Horizon 5‘s Mexico.

Of course, the debate on which countries are best suited for pulling off such a feat can become pretty ugly, pretty quickly. But, there need not be a competition. As someone that loves geography, history, and the adventure of exploration, just about every country is a goldmine to me in terms of an Horizon Festival host location. Yet, some key ones do certainly standout in my mind, and all for the same reasons that Mexico does — an awesome blend of geographical features and cultural richness. 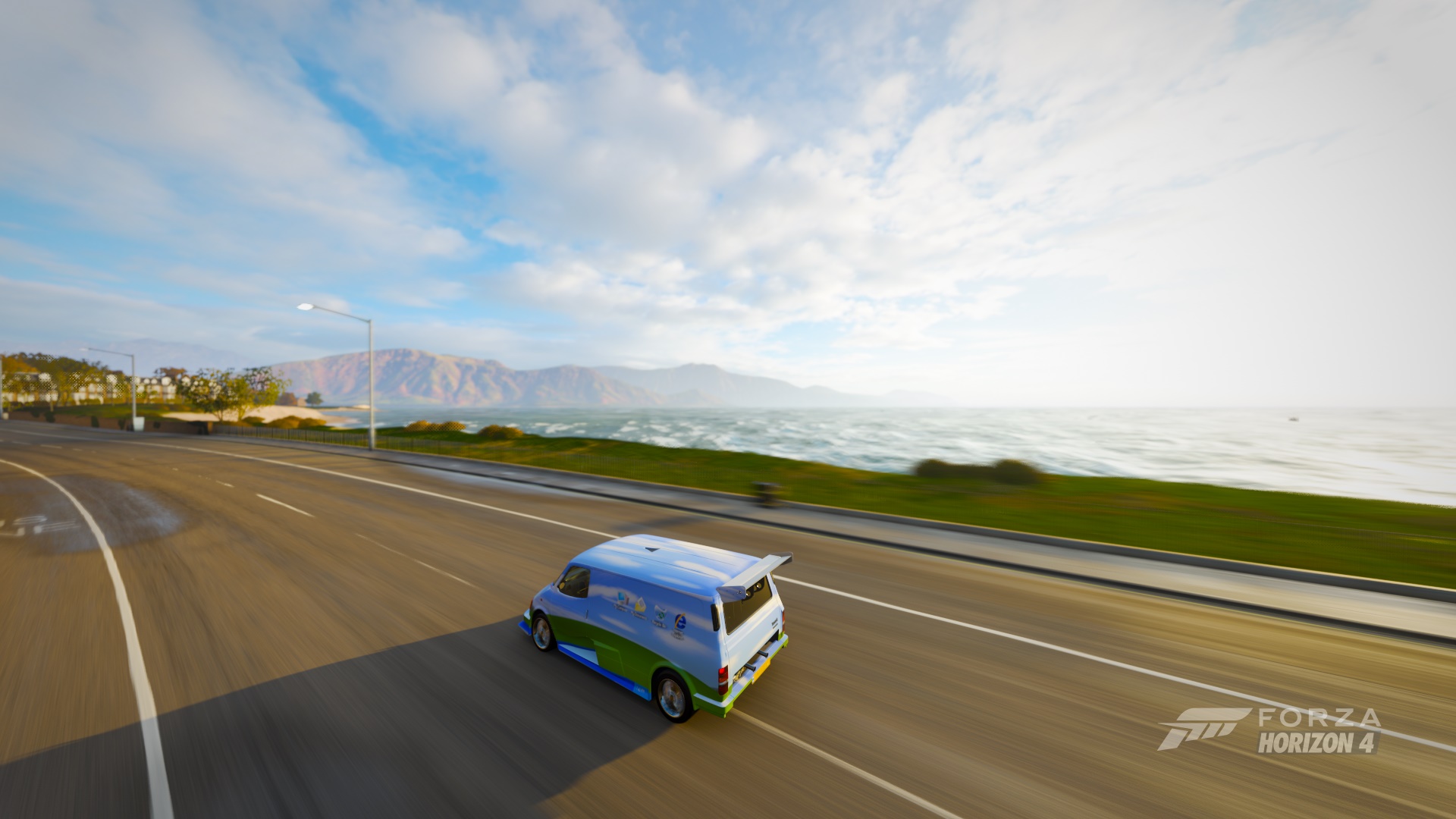 Trekking across the globe…

With there being nearly 200 countries in the world, trying to form any kind of a list is too tediously complex. On top of that, Playground hasn’t really created much of a set of trends to follow. You can tell when you look back at the history of the Forza Horizon series.

Things started in Colorado, a beautiful state in the USA; though it’s not the most well-known, nor the most prominent. On top of that, a lot of the action was focused into the highly rural parts of the state. Forza Horizon 2 headed eastward and really upped the quality of map diversity with its fictional fusion of France and Italy, borrowing elements from some the countryside and small towns of both nations. Forza Horizon 3 then took up the even more daunting task of tackling the nation in the deep south—Australia—a country that doubles as its own continent. To flesh this out, a lot of Australia’s key areas were highlighted, albeit in a map that feels a lot smaller than it used to by today’s standards. 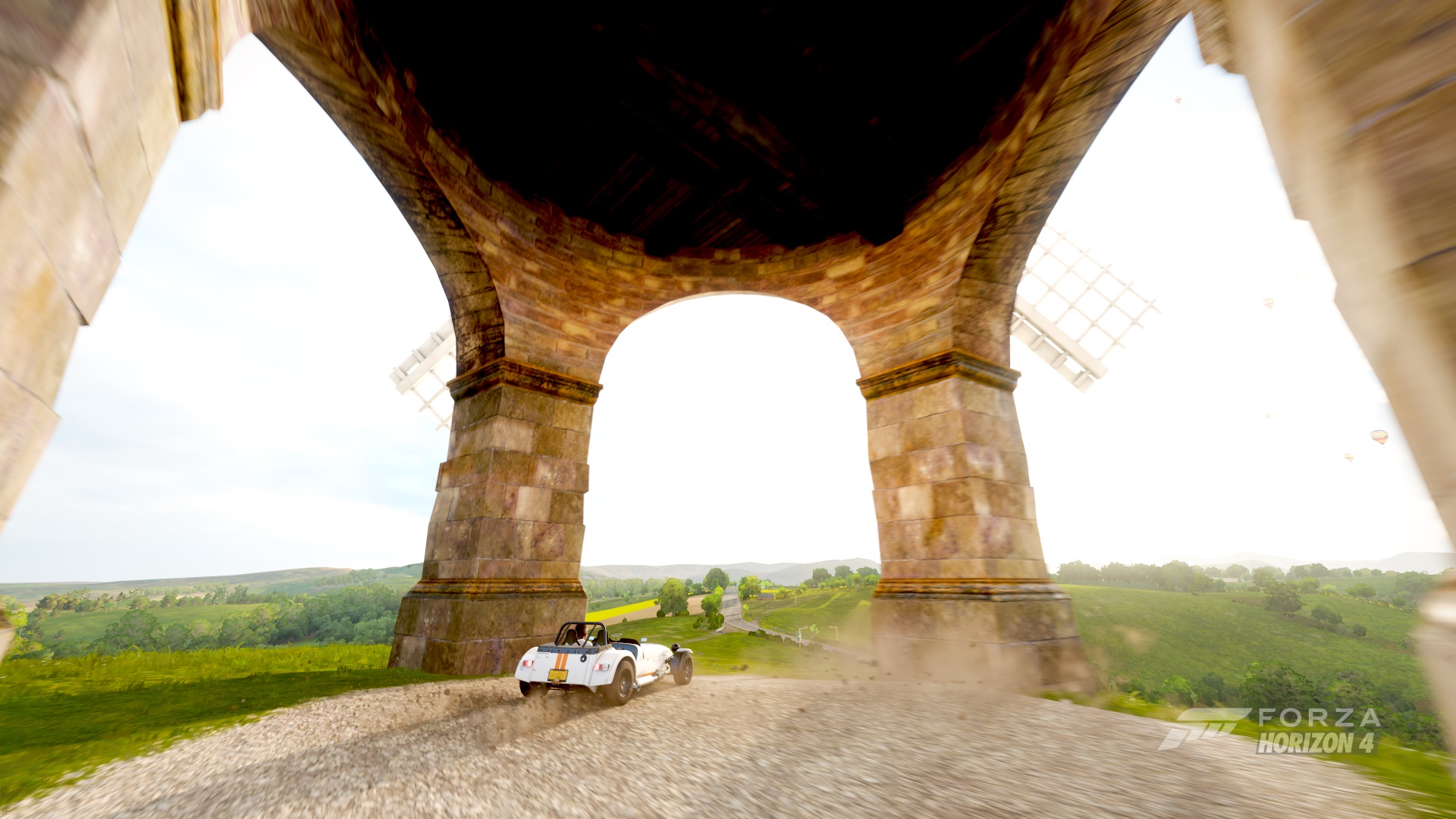 With each new release, the attention to detail of the host country has increased substantially.

Forza Horizon 4 then sent the Festival back way northward into Playground’s own backyard of the United Kingdom, with bits of England and Scotland making up its world. With more emphasis on weather thanks to the inclusion of a dynamic seasons system, this also further added another layer of complexity that would play into the consideration of deciding on a new locale for the Horizon Festival.

We see this shown off beautifully with Forza Horizon 5‘s Mexico. While it lacks the traditional diversity of the four seasons that the UK possesses, it features a very unique climate situation as different regions of this vast country experience wildly different weather patterns, sometimes simultaneously. This is all represented well in Horizon 5, and with the great addition of a diverse cast of characters who passionately (and whimsically) educate you about the country’s history, geography and climate. It makes all the little details seem that much more deliberate and essential. 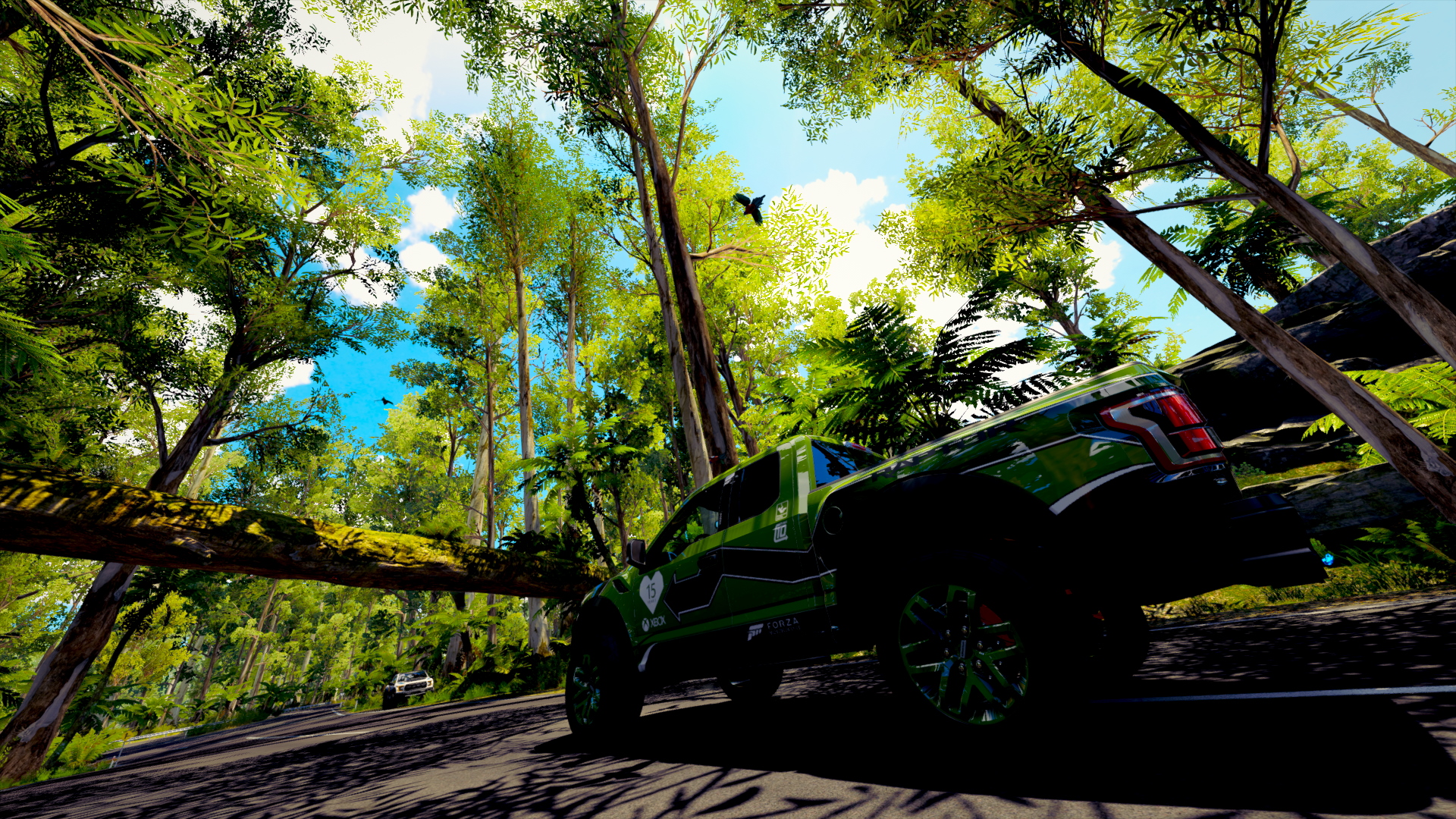 As we can see, the ramp up in world building has been a long, tall, and daunting one for the Forza Horizon series. Playground has taken each entry to make the world feel bigger, but not just for the sake of it. Compare this to that of Forza Horizon‘s closest competitor, Ubisoft’s The Crew 2.

Ubisoft’s 2017 open-world racer has the statistically awesome bragging rights of featuring an absolutely massive map of the United States. All of the “Lower 48 States” are very loosely represented across its vast map with the most recognizable chunks and bits dotted in-between it all.

Not only that, The Crew 2 has the equally ambitious feature of multi-vehicle gameplay across land, air and sea — even allowing players to swap between them all on a dime. From a technical perspective, this is a truly remarkable project. And yet, it has yet to even notably crest the likes of Forza Horizon‘s success.

While The Crew 2 features a lot of great ideas on paper, its execution has been ‘fair’ to say the least. It’s not a bad game by any regard, and actually continues to be very actively supported well on into its now third year on the market. But there are a few core areas where Horizon has it totally beat. In short, that vast map feels soulless. After a while of flying over its large expanse and driving across its cookie-cutter, almost seemingly AI-built straight roads, it gives off this eerily ‘plastic’ feeling. By that I mean that it’s a map that arguably has the size of an ocean, but the depth of a puddle. There’s a lot to see and do, but it’s almost too much, to a degree. 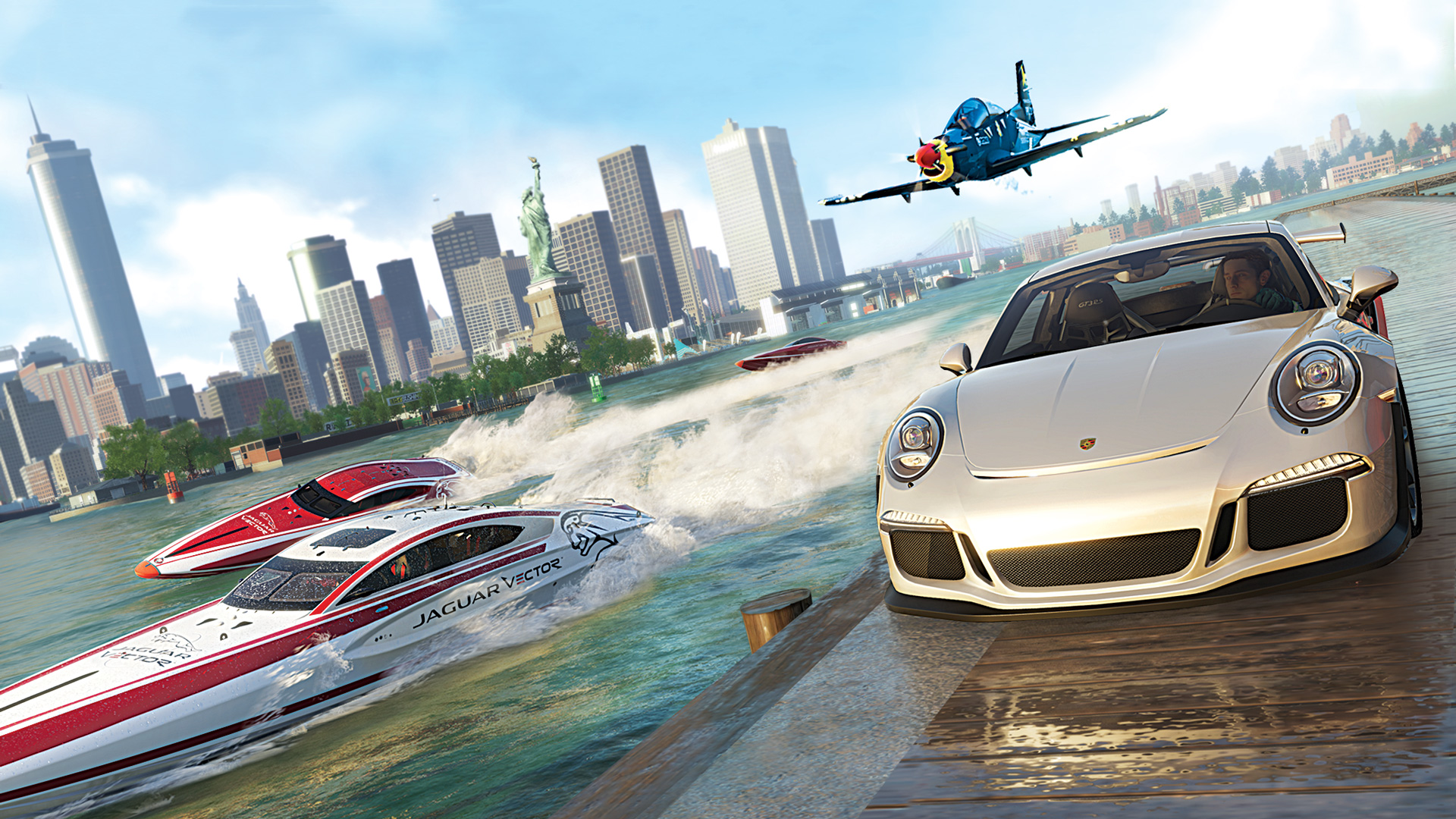 The Crew 2 features a large map with a lot of content, but lacks the substance that Horizon’s formula has been steadily improving.

Forza Horizon as a series has managed to stay far more grounded thanks to it focusing more on not just having a big map, but a purposeful map. To this day, you still have some fans who are still enamored by the vistas of Horizon 2 and 3, despite them being more primitive in comparison to Horizon 4 and 5.

Those maps had identities, and the recent entries continue to as well. So, clearly, it’s not just about picking a country for its size; Australia itself is nearly as big the USA, but the UK is smaller than some American states, for instance. As established earlier, it seems to be more about character; how well a country can be molded into a suitable racing center of wild escapades. So, wherever the Horizon Festival lands next, Playground no doubt has the intention to thoroughly explore the country and see how a vivid story can be told; how a land can be fleshed out like a one giant, fantastical adventure. 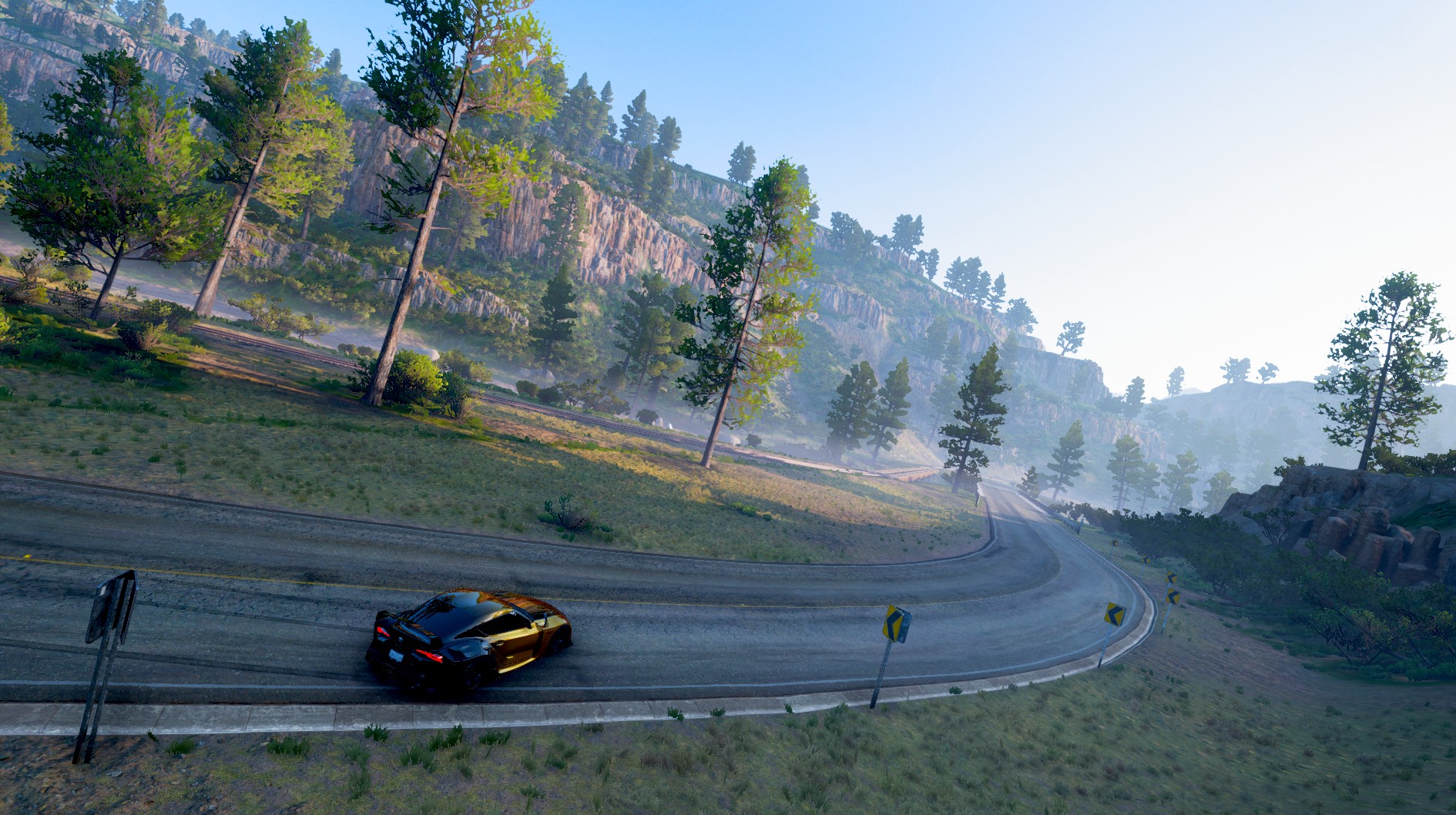 Forza Horizon 5 has wonderfully demonstrated how to make a map feel even bigger and more authentic by giving it proper depth and definition—not just on a technical level, but on a interactive level, too.

Each of the locales that the series has gone to so far have had a lot to offer on those fronts. And now that more emphasis is being put into it all, we should really start asking not just where should Forza Horizon go next. But where do we want to feel connected to next?

The extremities of the arctic in Iceland, or the treasure trove of tales around Japan? China’s massive array of territorial wonders, or Canada’s unspoiled beauty? The deep jungles of the Amazon in Brazil, or South Africa’s wild landscapes of epic proportions? There are so many possible choices out there for Horizon to be taken to the next level.

When thought about from this new perspective of world building and depth, this decision feels even weightier. The amount of painstaking research that must be poured into it all must be mindboggling. Yet, Playground seems keen to keep to it. I truly look forward to exploring Horizon’s next landing spot. I want my virtual passport to get another well deserving stamp, and I want to see how the Festival bends the landscape to its will in new, astronomically insane ways. All while taking in the sights, sounds and stories of this chunk of the world and the people who call it home.

By Kurt Perry4 days ago
News