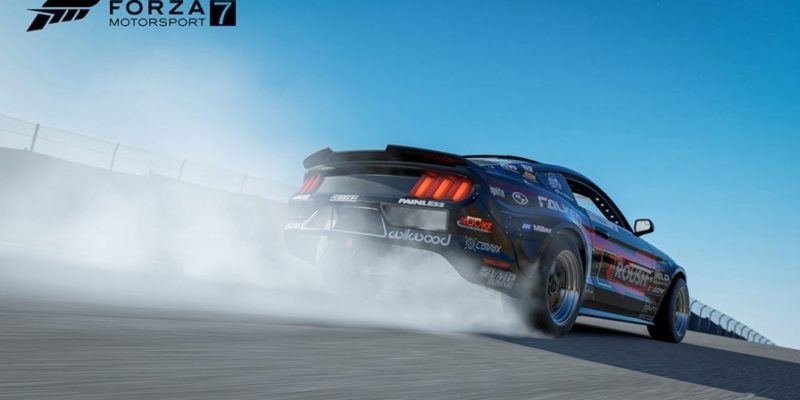 It’s officially been a year since the launch of Forza Motorsport 7. Since then, the racing simulator has grown extensively thanks to a steady stream of content and quality-of-life updates. Still, Motorsport 7 was mostly well-received at launch—albeit for one caveat: its pseudo-lootbox system. Now, after the sim’s one-year anniversary, it’ll be kicking these lootboxes to the curb. They will be replaced by a new Race Shop feature.

Dubbed ‘Driver Crates’, these item boxes function very similar to how lootboxes work in other games. They contain perks in the form of cards which slightly alter the conditions of each race when applied. Using these cards would result in a boost of EXP and Credits at the end of the race.

Although they behave like lootboxes, Forza Motorsport 7 never actually contained any microtransactions (outside of paying for new cars). Even so, all of the controversies stirred up by EA’s actions last year surrounding lootboxes and microtransactions cast Motorsport 7’s inclusion of Driver Crates in a bad light. It was simply not good timing on the Forza team’s part at all.

Patching Up The Potholes

Although it’s taken some time, the dev team over at Turn 10 Studios has confirmed that this month (October) will be the final month in which the system will be in place. As of next month, the Race Shop will take over the functionality. It will operate similar to that of Driver Creates, offering the aforementioned Mod Cards, and also other items like Driver Gear and Badges. All of these items will be purchasable using in-game currency. VIP members will benefit the most due to retaining their Credits boost at the end of every race (which was another point of controversy last year due to this perk initially being limited at launch. It was later reverted to being perpetual like in past Forza titles).

There’s some additional good news for Motorsport 7 fans. The 1986 Merkur #11 MAC Tools XR4Ti racing car was added to the game earlier this week as part of its big October update. The arrival of this car is special due to it being the first Merkur-branded vehicle to be featured in a Forza title. It’s available for free to all players, so everyone can simply pluck it out of their garages and head out onto the track to take it for a test drive.