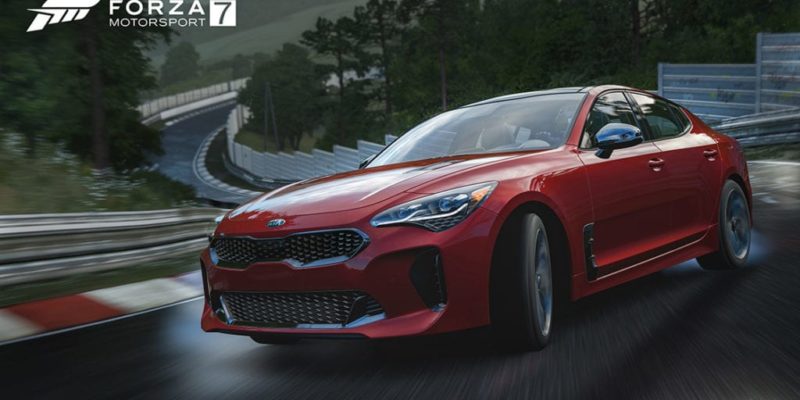 Microsoft’s Turn 10 Studios launched Forza Motorsport 7 back in late 2017. The latest entry in the hit racing-sim franchise has been grown since that initial release, as content and quality of life updates have been steadily rolled out and it looks like that’s not stopping anytime soon. The July Edition of the Forza Monthly podcast included the Creative Director of Forza Motorsport 7, Mr. Chris Esaki.

Esaki commented specifically on what the folks over at Turn 10 are doing. It turns out that the entire team is still in gear with Forza Motorsport 7. Despite the game now being over a half-year-old, the devs are continuing to focus on enhancing the experience as much as possible. For that reason, work on Forza Motorsport 8 has apparently not begun yet. Eskai didn’t specify exactly how much longer the support train will roll for Motorsport 7, but it is interesting that the entire team is still on board.

Of course, there will be a Forza game releasing this year anyway. But, that’s being handled by the UK-based Playground Games studio, which recently became an official first-party at Microsoft. They’ll be bringing Forza Horizon 4 to Windows 10 and Xbox One, and it’s shaping up to be a pretty amazing experience. The trend for the Forza series for the last few years has been to switch between Motorsport and Horizon bi-annually, so we should expect to see Motorsport 8 in 2019. Thus, it’s only a matter of time before Turn 10 gets started on it, but if you’re still regularly playing Motorsport 7 you can have confidence knowing that support will continue to be regular for the time being.

BONUS: Check out the video review of Forza Motorsport 7 on PC from our sister website – PC Gaming Enthusiast.

Check out some new gameplay footage of Forza Horizon 4