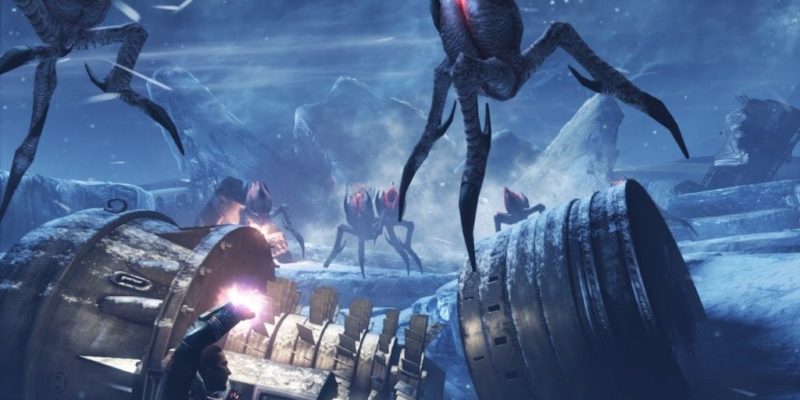 What do you do when stuck on a snowy planet that’s infested by aliens? If you’re a big softy you either get eaten or die of exposure, but former miner Jim Peyton is no pansy. So, instead, he records a monologue about how difficult survival is and how the air is screaming in his lungs and so on. I’ve got a tip for you Jim; if that’s happening, stop recording your Lost Planet 3 voice log for a bit!

But of course he can’t do that, because it’s necessary for the trailer. Peyton has to advertise the hardship of his own situation, rather than just dealing with it, because he’s stuck in the most terrible Survivor-esque reality project of all: the videogame.

Lost Planet 3 is coming out on 27 August (US) and 30 August (EU.) There’s some rubbish in there about pre-order multiplayer characters too, if that’s something that’ll get you through the cold, lonely nights.