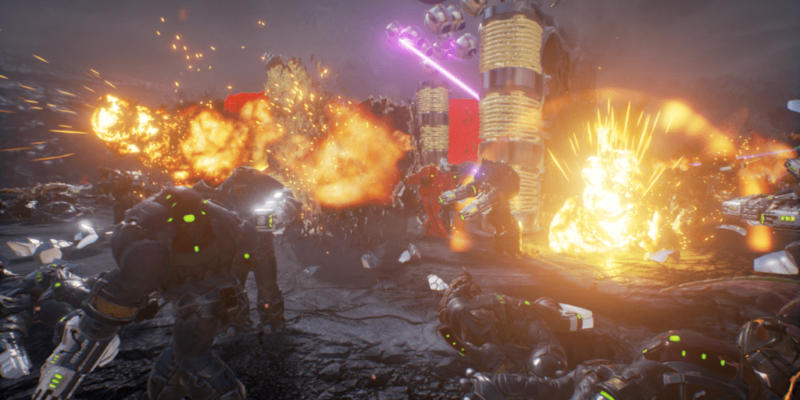 A few weeks ago we mentioned an upcoming game called Abatron which promises to “blur the lines” between FPS and RTS. The developers have are now seeking funding.

The team at W3 Studios are now looking to raise $125,000 and describe the game as follows.

Abatron is a real-time strategy, first person shooter, hybrid game that blends together elements from each genre into a simple to learn but difficult to master player experience.

In a galaxy, far far away, war rages on for galactic dominance among many alien races. In an effort to avoid total cosmic obliteration, Abatron settles disputes in a controlled combat setting. Selecting their best warriors and technology, players battle it out gladiator style. Create large armies in RTS mode, then jump down into the battle as a hero to lead your troops to victory!

You play as an Alien Overlord or Supreme Commander to defeat the enemy in Player vs Player, Ai vs Player, or Coop vs Ai modes. Collect resources, build defenses, and strategically create armies in Commander mode or take control of any unit on the battlefield to become a Legendary Hero. As a hero in FPS mode, deal death to massive amounts of enemies using special attacks that stack for even greater damage!

W3 Studios has also released a demo for the game on Steam which shows they are committed to getting this done and released in August 2017. It’s worth a look to see if you want to chip in on Kickstarter before Early Access.