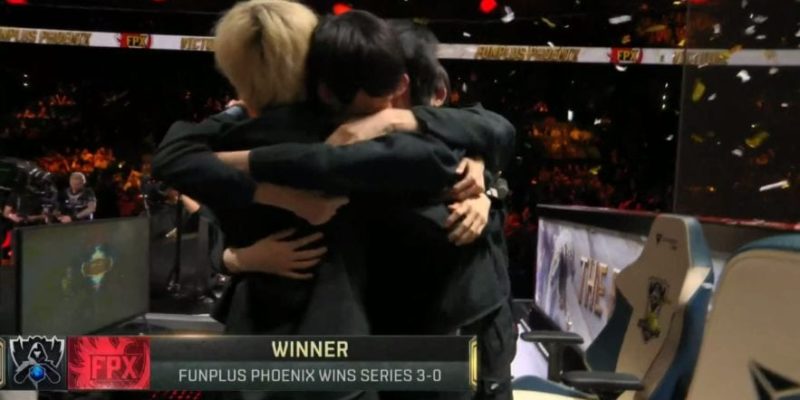 The 2019 League of Legends World Championship Finals kicked off with a performance by True Damage. FunPlus Phoenix (FPX) and G2 Esports were on stage as the band performed live, next to holographs of their respective champions, in front of thousands of fans. FPX started the day planning to become the first team to win Worlds on their first visit, as well as get the LPL their second World Championship in a row. G2 aimed to bring Europe its first-ever championship, made all the sweeter by happening in Paris. During the pregame show, G2 was picked by every analyst to win the series, but in the end, FPX performed a total sweep instead. 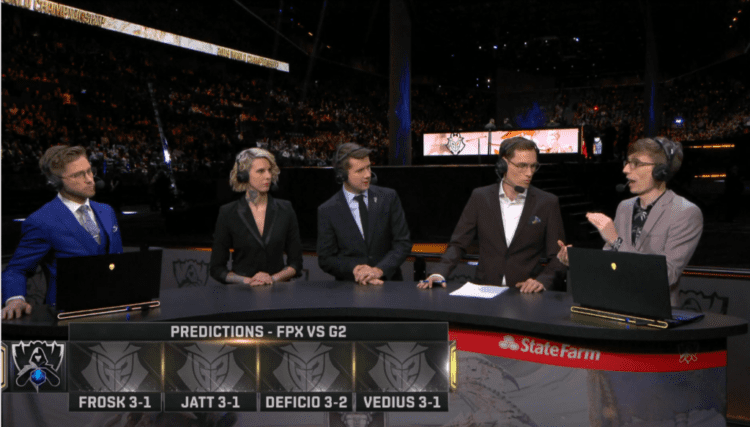 G2’s strategy to utilize Pyke as a roaming pressure was directly countered by the Nautilus pick, even more so when Doinb rushed Boots of Mobility. FPX maintained control of the map and secured a 7-minute Dragon. After a few even skirmishes, G2 took Rift Herald and used it to destroy FPX’s outer top towers; on the other side of the map FPX got their second Dragon and third kill on Wunder’s Ryze in the first 15 minutes, and they destroyed G2’s second bot lane turret.

As the teams contested the third Dragon, Tian executed a flashy kick on Lee Sin to win the fight in style; FPX used the pressure to secure Dragon and Baron and used the buffs to break the game open. G2 lost the first inhibitor of the finals at 32 minutes.

G2 managed to break the top lane inhibitor turret, but shortly after FPX killed the Elder Dragon, the Baron again, and had G2 pinned in its base. Despite losing two inhibitors, G2 was not truly out of the game until Wunder got picked in the jungle; FPX pushed off the resulting fight to take Game 1. The main storyline was FPX’s ability to catch out G2’s top lane and support.

Having learned a lesson from the first game, G2 banned Nautilus in Game 2 while FPX with second pick banned Xayah. G2, looking to return to the off-meta roots that made them so successful this season, ran Tristana mid against Ryze and a Gragas/Yasuo bot-lane against Galio/Kai Sa. 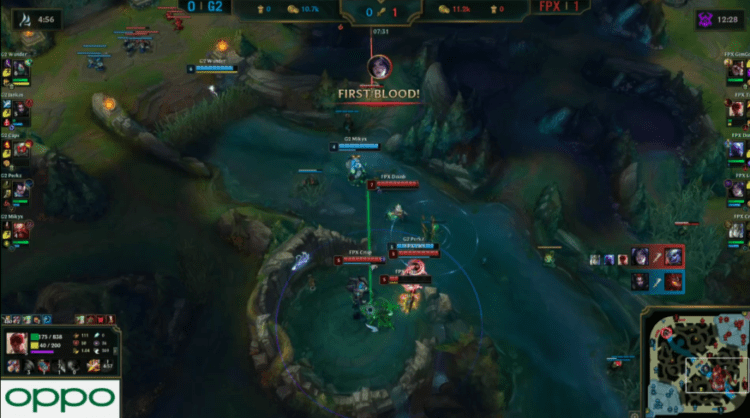 Once again the teams traded red buffs to start the game. Things were quiet until G2 went all-in to secure the first Dragon, an Infernal; they paid for the objective with three deaths, including first blood onto NWX’s Kai Sa. Not too much later, Mihael “Mikyx” Mehle tried to make a play with a flash Body Slam in the topside jungle but missed, and the resulting fight left the kills at 6-1 for FPX at 14 minutes.

FPX’s Tian made another impressive play on Lee Sin. This time an Insec ward hop into a kick on Mikyx got the leading team another 2 kills. FPX held a commanding 5000 gold lead at 20 minutes; they started Baron the moment it spawned and killed it in less than 20 seconds, the fastest kill of the buff in this Worlds tournament.

G2 got aced at 22 minutes and lost their mid-lane inhibitor as a result. Then G2 lost their Nexus at 26 minutes.

Game 3 started with FPX banning Kai Sa and picking Xayah; G2 picked away Nautilus. FPX grabbed Lee Sin for the third game in a row and returned to their successful Gangplank pick against Ryze. The most interesting matchup was in mid, where Caps took Veigar against Doinb’s Galio.

Junglers traded blue side camps; Tian worked with FPX’s bot lane to zone Ezreal off the minion wave. Luka “PerkZ” Perković, level 1 and 0 CS at 3 minutes, got his first minion kill through a Relic Shield proc. G2’s first bot lane towerwent down at 8 minutes, another fastest record in the Worlds 2019 tournament.

Afterward, FPX sent bot lane and jungler topside; Perkkz teleported to answer, but FPX backed off while Lee Sin soloed Rift. Ezreal cleared minions but G2’s top lane tier 1 went down to Rift at 11 minutes; FPX secured 10 turret plates, an extra 1800 gold for their team. They moved mid to get the last set, but a Ryze ultimate scared them off. FPX, with 2 Dragons and 2 outer tier turrets before 15 minutes, had no need to risk anything.

Mikyx got G2 first blood at 14 minutes when he hit a Dredge Line on Lee Sin. Jankos traded his life for an Infernal Dragon. FPX went for another 20-minute Baron but G2 contested. A skirmish soon after led to G2 destroying FPX’s first-tier mid-tower.

Perkz soloed Dragon at 23 minutes, but at the same time, FPX killed Baron and all five escaped with the buff. Caps got caught by Tian in the topside jungle, and after an extended fight G2 lost their top lane inhibitor; the gold difference increases to 5000. FPX grabbed their third Dragon of the game at 28 minutes, started Baron the moment it respawned, then secured the buff along with 3 kills. FPX used the momentum to push in, win the game, and complete the sweep. 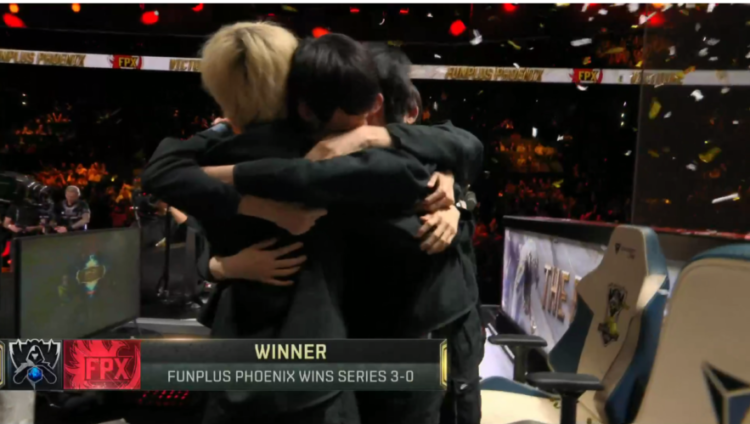 Lin “Lwx” Wei-Xiang was the unquestioned MVP of the series; he was deathless across all three games. Tian’s playmaking and control of both sides’ jungle camps deserve an honorable mention. When asked why they were better than G2, Lwx had a simple answer: “It’s not that we performed well, it’s that G2 didn’t perform at all.” For the second year in a row, a team from the LPL takes home the Summoner’s Cup. The rest of the regions have work to do if they want to meet the new standard.

Stronghold: Warlords preview – Once more unto the breach