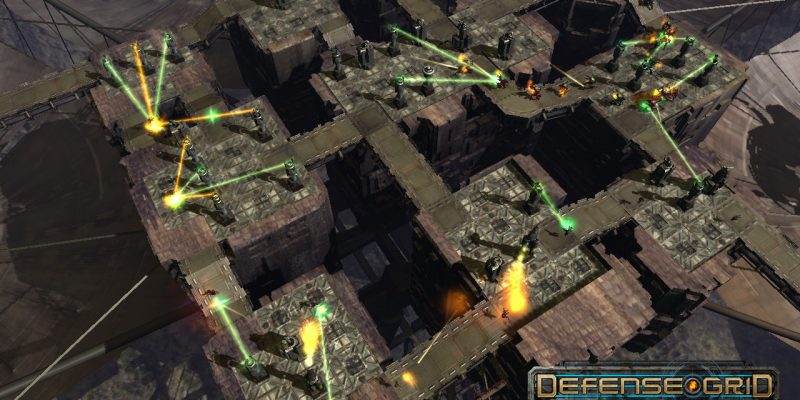 If you’ve been paying attention to the Epic Games Store this week, you’ll know by now that it’s giving away a new free game every 24 hours until we hit the new year. Today is the fourth day of the “15 days of free games in December” event or whatever the Epic Games Store is calling it. Today’s offering is Defense Grid: The Awakening, so claim it now before you forget.

Defense Grid: The Awakening is exactly what it sounds like. This tower defense game tasks you with eliminating invading enemies with merciless tactical precision. You will need to use strategy to develop the ideal defensive configurations for an array of scenarios. Considering the hideous appearances of the various aliens, you shouldn’t have much trouble finding motivation to play the part.

This Epic Games Store free game is the original installment in the Defense Grid series from Hidden Path Entertainment. The game came out in 2008 and the original version is what you get. This game certainly won’t appeal to everyone, whether it be attributed to the genre or the age, but it’s certainly a classic. The game features overwhelmingly positive reviews, which makes it a fine example of its genre.

If this one sounds like a game for you, you can look forward to eight to 10 hours of story play with 20 unique maps in the Awakening campaign. It boasts a wide variety of tower and enemy types, an interactive soundtrack, and over 60 unlockable challenge modes.

Another obvious perk for this game is the guaranteed fps performance. Since this was built for Xbox 360 hardware, your PC should smash the requirements and allow you to bask in the glory of those 360fps monitors we know you all own. For those that don’t, like myself, don’t be a Grinch. Maybe Santa will do you a solid.

Be sure to claim this game on the Epic Games Store before 11 AM ET on December 21, because like we said, the free games will only be available for 24 hours each. If you do have a little cash to spend and you’re thinking of picking up something for the holidays this year, also check out the Epic Games Store Holiday Sale, where there’s over 200 popular titles of various flavors. You can also grab $10 USD coupons, rendering some of those games almost free.