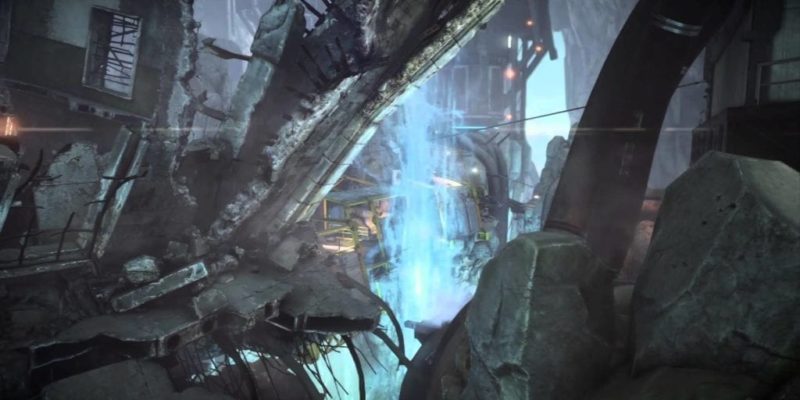 Today Sony will launch ‘The Canyon’, the latest freely downloadable multiplayer map for Killzone Shadow Fall. Developers posted this about the map – “Situated deep within one of the Petrusite fissures scarring planet Helghan, The Canyon is all that remains of the once-stately palatial quarters in the city of Pyrrhus.  Held in place by struts and bridges, this precariously balanced range of rock and crumbling infrastructure now serves a new purpose for the Helghast. Enormous mechanical pumps pierce the cityscape, syphoning the Petrusite that seeps up from the fissure to the surrounding mining spires”.

“The Canyon includes plenty of tight spaces for tense close-quarters combat, as well as more open areas that require quick thinking and sharp shooting. Players preferring a stealthy approach will want to use the narrow routes on the extremes of the map – just don’t get to close to the edge, because it’s a long way down!  Unique amongst all existing maps for Killzone Shadow Fall, The Canyon also introduces a new gameplay element to the multiplayer mix: gravity wells. Consisting of anomalous spaces where the planet’s gravity field is severely distorted, these wells allow players to ‘fall’ upwards to quickly reach different areas.” The developers say they are excited to fans think of this new addition to Killzone Shadow Fall’s expanding multiplayer map lineup. Source Playstation Blog