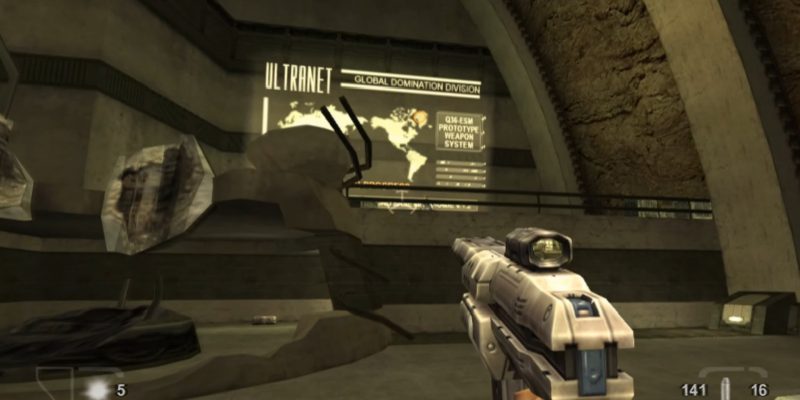 Publisher Deep Silver has announced that Free Radical Design, shut down in 2014 but has now reformed, will be working on a new TimeSplitters game. The last TimeSplitters game that the studio was responsible for was TimeSplitters: Future Perfect released in 2005.

In the reveal tweet, Deep Silver confirmed that it had been “working on plans,” to bring TimeSplitters back for some time. The new studio is being led by Steve Ellis and David Doak, both founding members of the original Free Radical Design established in 1999. The development of a new TimeSplitters game is not yet underway. This announcement is only confirming preliminary plans and the intent on creating one.

Although TimeSplitters has a decently sized following, the franchise itself has struggled for much of its history. After the third game, most of the proposed projects ended up being canceled. Even TimeSplitters 4, which was revealed in 2007, ended up being put on the backburner after Free Radical Design was merged into Crytek.

Crytek later closed down in 2014, leaving both Free Radical Games and the TimeSplitters series without a home. Throughout the last decade, Koch Media has purchased various licenses. Amongst these were Saints Row, Metro, and TimeSplitters. The latter was picked up in 2018 and handed over to Deep Silver.

It was unclear at the time if Koch Media planned to bring back TimeSplitters, but that is clearly the case now. There’s no doubt that franchise fans will be ecstatic about this news. For the first time in over a decade, the future of TimeSplitters looks positive.

The only downside is that fans shouldn’t expect to see a new game anytime soon. Considering that development hasn’t even begun yet, Free Radical Design is likely several years away from releasing a new TimeSplitters. However, it is at least reassuring to know that one of gaming’s signature old school shooters will be making a return.

Starfield will reportedly be present at E3, will not launch this year

New Back 4 Blood trailer invites you to ‘meet The Cleaners’